Thank you very much for following the game between Napoli and Sassuolo, valid for Serie A at VAVEL. A great week to all and until next time.
9:55 AM3 months ago

With the victory, Napoli remains in the lead of the Serie A with 32 points, six more than Milan. Sassuolo continues with 15th and 9th place, being able to lose positions during the round.
9:55 AM3 months ago

Lauriente fouled Mário Rui hard and received the second card of the game and was sent off. Sassuolo with 10 on the field. Situation starts to get even more complicated.
9:38 AM3 months ago

Ndombele found Victor Osimhen inside the area and the Nigerian striker scored Napoli's fourth goal and his third in today's game. It's a hat trick.
9:37 AM3 months ago

Maxime Lopez and Lauriete received cards.
9:28 AM3 months ago

The game in the second half became more balanced. Napoli tries to manage the wide result of 3 to 0, while Sassuolo seeks to decrease the score, arriving more often in the offensive sector, but still without finding a great opportunity. Gradually, the visiting team starts to finish more.
9:20 AM3 months ago

Out: Zielinski and Anguissa.

Second half started slower. Sassuolo started trying to attack more, but without great chances created.
9:09 AM3 months ago

Napoli's third goal came at the crucial moment to end Sassuolo, who were starting to get more in the offensive sector and with danger. A relief goal to give the home team even more peace of mind.
8:39 AM3 months ago

It became a tour in Naples. Mário Rui found Kvara inside the area and Napoli's jewel finished to extend and score the third goal.
8:32 AM3 months ago

Sassuolo starts to get more on the attack. Pianamonti finished for the second time and Meret saved it without problems.
8:31 AM3 months ago

Sassuolo starts to get more on the attack. Pianamonti finished for the second time and Meret saved it without problems.
8:25 AM3 months ago

Repeat play of the first goal. Kvara received and found Victor Osimhen inside the area. The forward did not waste and scored the second for Napoli.
8:17 AM3 months ago

Napoli has more possession of the ball at the moment and is active in the offensive sector. The home team has already reached the opponent's field five times, scored a goal and finished it on the post.
8:16 AM3 months ago

Mário Rui received on the left, advanced and released the bomb. The ball exploded on Sassuolo's crossbar. Almost Napoli extended the score. Home team plays on the offensive field.
8:12 AM3 months ago

Kvara received a pass from Lozano and found Osimhen inside the area. the striker dominated and scored the first goal of the game with four minutes.
8:01 AM3 months ago 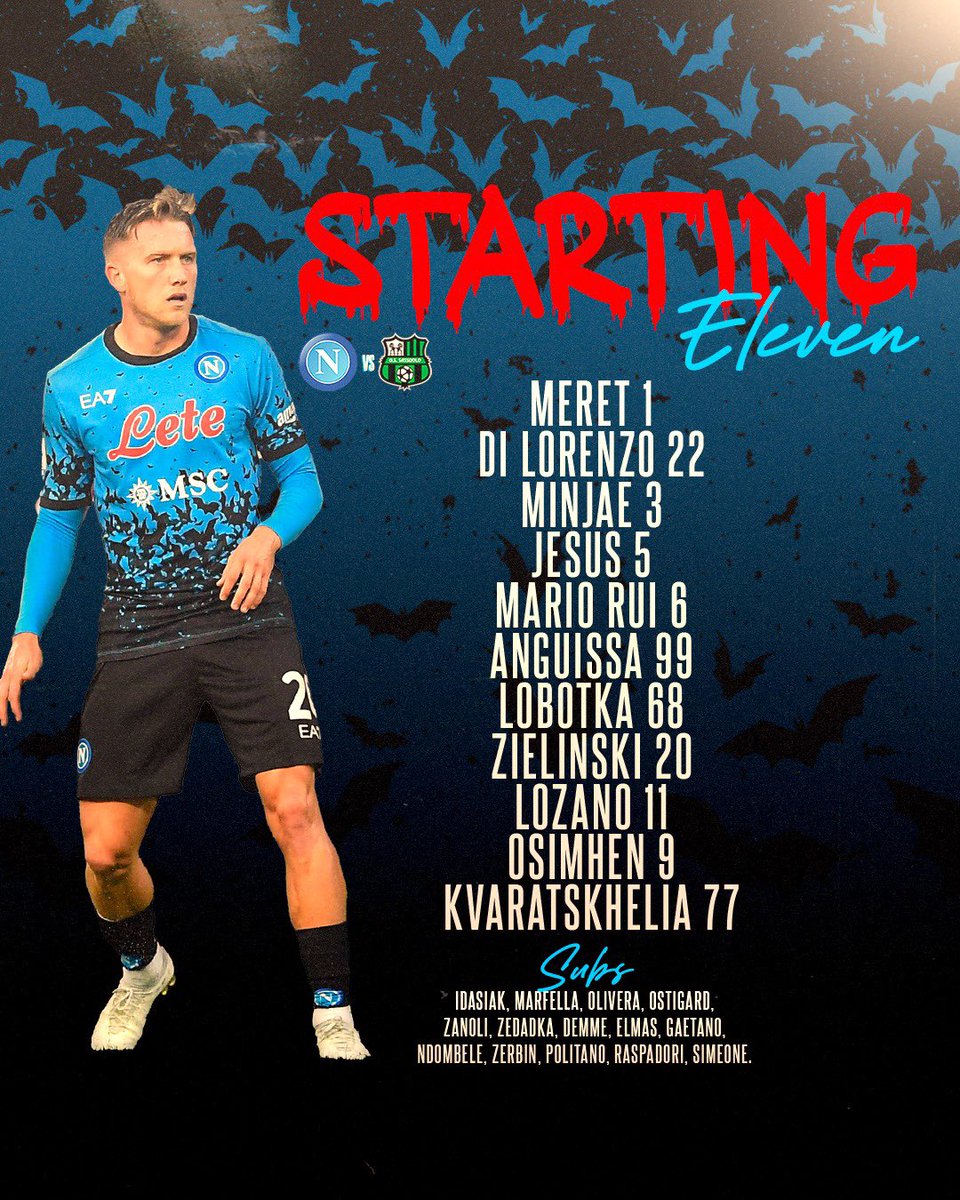 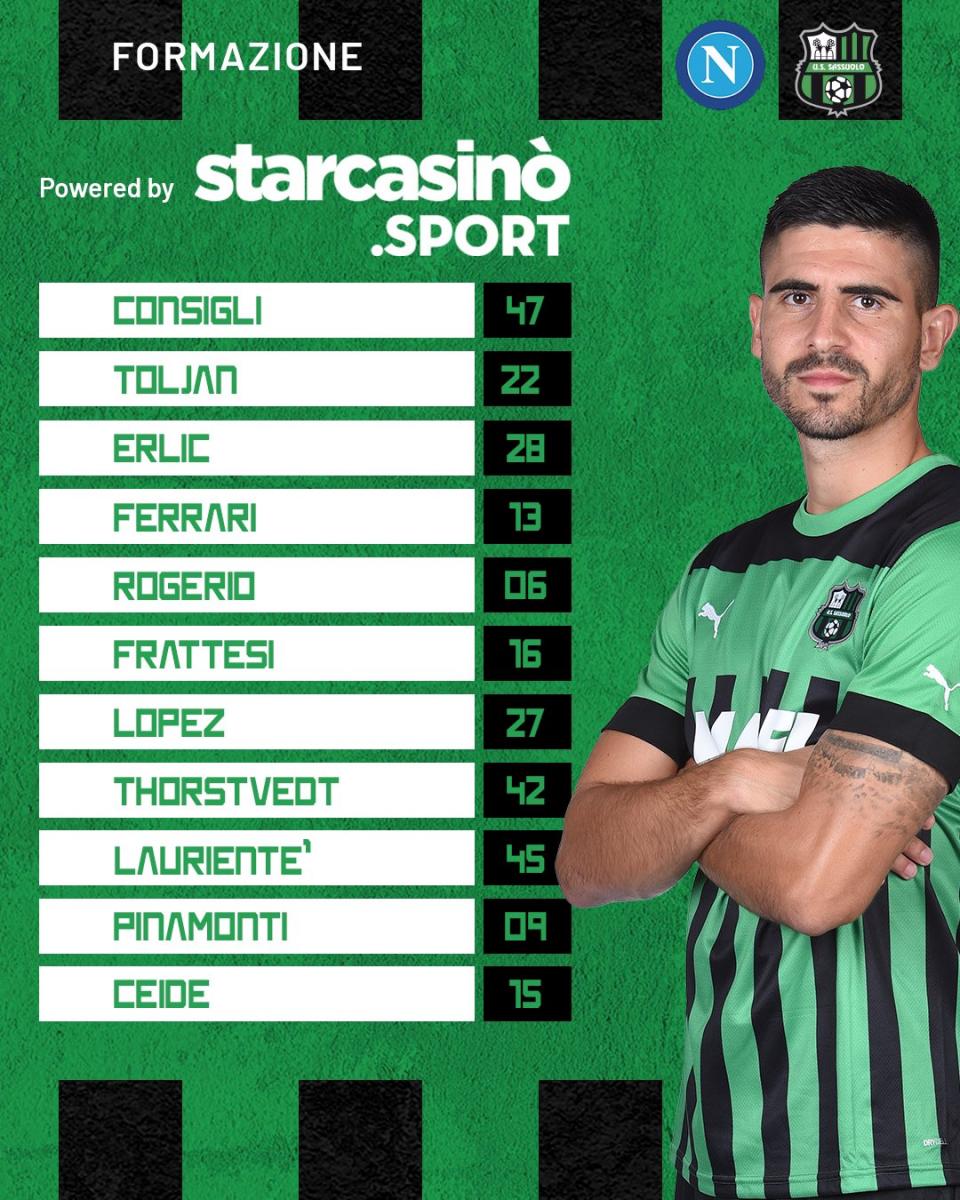 Don't miss a detail of the Napoli vs Sassuolo match live updates and live commentary here on VAVEL
5:19 PM3 months ago

"What's exceptional is that players who haven't played often come in perfect. These guys train like top professionals and when you give them space they reaffirm their value."

"I have a squad of players that show total availability, great participation and those who don't play like who's on the pitch. I saw a great desire to participate, tonight even the forwards ran after the ball. I'm very happy with that spirit. "

"We are expressing a remarkable game, dribbling with two touches is simple and almost natural for us, we make the ball travel and there is always a close partner who knows how to cover even physically. There is a total attachment and ambition on the part of everyone. commitment that the boys are putting into training."

"It is a difficult team to face and tame. We will have to go for the high ball to try to have possession of the ball. But it is a game that has many nuances and we will have to be good at guiding the combination in our characteristics."

"In any case, it will certainly be a spectacle at Anfield and we deserve to go there to play the primacy in a kind of final."

"Now we must think first of all about Sassuolo, an opponent of quality and speed. The team knows that in order to do things well it is necessary to give the maximum and always give the maximum. The boys have assimilated a game that they interpret naturally and know that this it's the right way."

Napoli arrives for the confrontation with an incredible recent history of 27 games unbeaten. The team beat Rangers in the midweek for the Champions League and continues with a 100% campaign for the season. Napoli are leaders of Serie A with 29 points, three more than Milan, in second place.
5:04 PM3 months ago

"I hope Andrea continues in the sequence he is doing. I don't judge the players by the numbers, but by the performances, I don't believe in the cabal, in many things that the coach should see in sharing with the team. If it starts from the beginning, I hope that is in line with their performance. If we put them in a position to score, I am convinced that our strikers will score."
4:59 PM3 months ago

Sassuolo arrives for the confrontation against Napoli with a victory against Hellas Verona in the last round of the national league, where they broke a bad streak of two consecutive defeats. The team occupies the 9th place with 15 points.
4:49 PM3 months ago

The game will be played at Diego Armando Maradona Stadium

The game Napoli x Sassuolo will be played at the Diego Armando Maradona Stadium with a capacity for 60,250 people.
4:39 PM3 months ago

Welcome to VAVEL.com's coverage of Serie A: Napoli vs Sassuolo live updates