It's over! The United States narrowly defeats Iran.
4:02 PM2 months ago

Close! Taremi misses the ball inside the box and misses the chance.
4:00 PM2 months ago

Close! Powerful header from the Iranian offense, but the ball goes wide.
3:55 PM2 months ago

Moore can't shoot on goal properly and the defense pushes the ball away.
3:46 PM2 months ago

U.S. Changes. Zimmerman and Moore are substituted for Weah and Dest.
3:41 PM2 months ago

Intense match, both teams are looking for the opponent's goal.
3:37 PM2 months ago

Changes in Iran. Jalali and Torabi are replaced by Hajsafi and Nourohalli.
3:29 PM2 months ago

Change from the United States. McKennie is replaced by Acosta.
3:22 PM2 months ago

Karimi's cross, but Adams gets in the way and avoids the danger.
3:18 PM2 months ago

Taremi's header, but the ball goes wide.
3:17 PM2 months ago

Halftime in the match, the United States wins by the minimum.
2:52 PM2 months ago

Weah scored the second, but the goal was disallowed for offside.
2:48 PM2 months ago

Change of Iran due to injury. Mohammadi comes out for Karimi.
2:47 PM2 months ago

Iran looks to generate through Hajisafi, but the pitch runs out for the player.
2:42 PM2 months ago

Goal, goal, goal for the United States! A cross for Pulisic, the player finds the ball, pushes it in and scores the first.
2:37 PM2 months ago

Weah's shot, but the ball does not generate danger.
2:25 PM2 months ago

Weah has a dangerous run, but he runs out of space and fails to create danger.
2:18 PM2 months ago

The United States dominates the match, but cannot get on the scoreboard.
2:08 PM2 months ago

A back-and-forth match, both teams have already had important arrivals.
2:01 PM2 months ago

Both teams are already on the Al Thumama pitch, ready to warm up before kick-off.
1:48 PM2 months ago

The United States is already at the stadium, ready to seek qualification for the next phase. 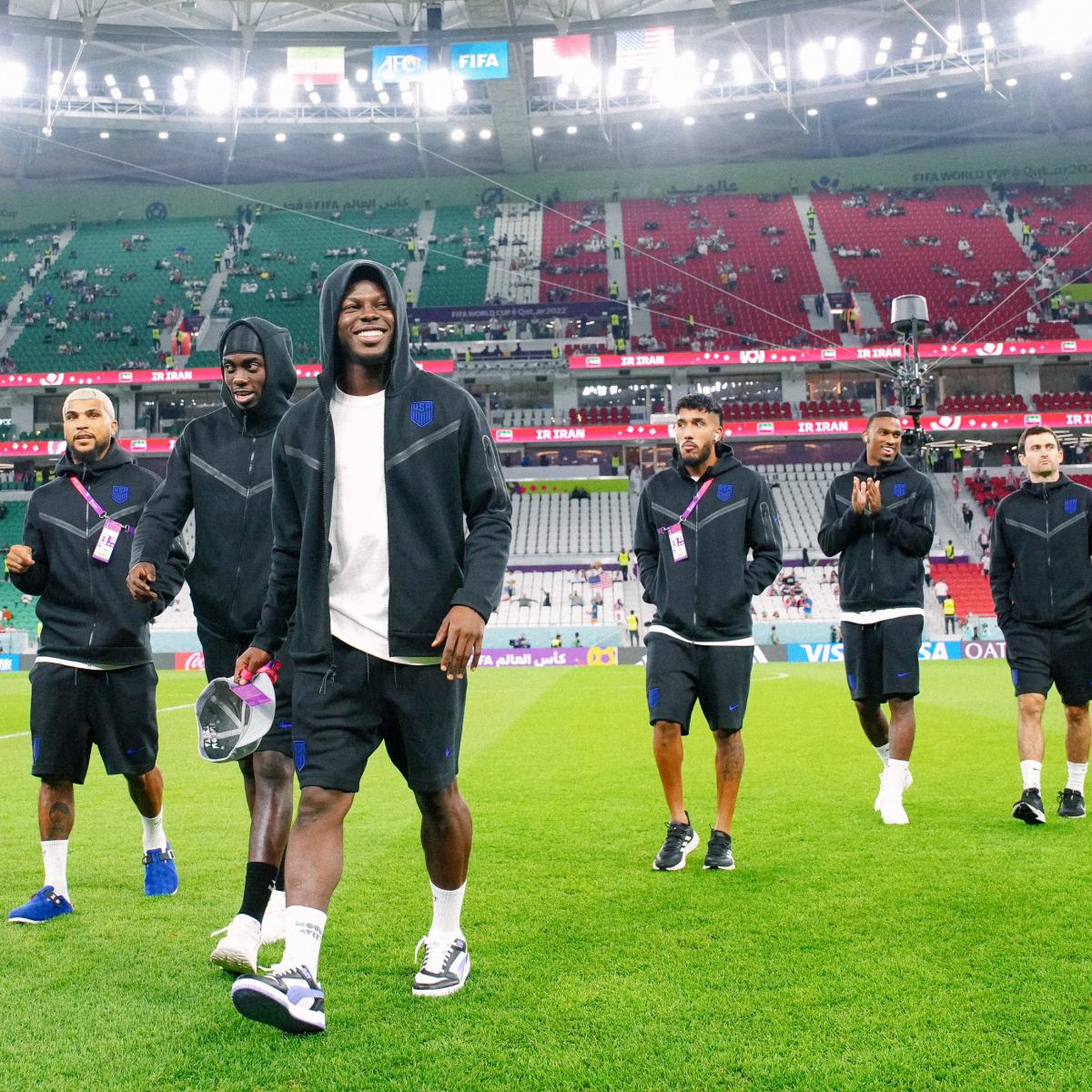 Iran has already arrived at Al Thumama and will be looking for a victory that will take them to the Round of 16.
1:38 PM2 months ago

These two countries have only met on one occasion, in the 1998 World Cup, where Iran defeated the United States, leaving them eliminated from the tournament.
1:33 PM2 months ago

Iran would need to win against the United States to ensure their qualification to the next stage and not depend on the match between Wales and England.
1:23 PM2 months ago

Prior to the duel, a journalist and Tyler Adams had an issue due to the American's mispronunciation of the nation.
1:18 PM2 months ago

According to several sources, the Iranian players were threatened by their government, where they were told that if there is any act of protest, remembering that they did not want to sing the anthem in the first game, their families will suffer the consequences.
1:13 PM2 months ago

We are back for the minute-by-minute coverage of the match between Iran and the United States. We will shortly share with you the most relevant information, as well as the confirmed lineups.
1:08 PM2 months ago

Stay tuned for the Iran vs. United States live stream.

In a few moments we will share with you the starting lineups for Iran vs United States live, as well as the latest information from Al Thumama Stadium. Stay tuned for up-to-the-minute live coverage of the match on VAVEL.
1:03 PM2 months ago

Where and how to watch Iran vs United States live online

The match will be broadcast on Telemundo, Fox Sports.

Iran vs USA can be tuned in from FuboTV, Fox Sports App.

What time is the match Iran vs United States, matchday 3 of the Qatar 2022 World Cup?

This is the kick-off time for the England vs United States match on November 25, 2022 in several countries:

Carlos Queiroz spoke ahead of the match: "To make people happy for ninety minutes".

"Our mission is to create entertainment and make people happy for 90 minutes. I was born in Mozambique and when I used to go to work you don't know the effect a ball can have on children who haven't eaten for a day or two and have nothing to wear. When we stopped the cars and gave them a ball in the park, you can't imagine the magic of the moment: their sad faces would instantly change into smiles. That's our mission in soccer, to make people happy."

"That is something we are proud of. It's a very special game for us, particularly for me. We have chances to qualify in the last game and that's something to be proud of. I have no doubt that we will be more consistent and regular and give our best against the United States. They are a very tough and very well organized team who have the same dream. We will put all our heart into it and hope for a good result."

"We have to generate opportunities to achieve it. That's where our focus is. On that and on playing a good game defensively and with the ball to play and enjoy. That is the objective. Winning or not winning, it's up to God. What is in our control is in our mind, our harmony and our tactics. The United States is a great team, different from other times. They play modern soccer. Their players compete in top teams in Europe. A lot of respect.

"We will have a very complicated match. In the end, it's all about how it ends, not how it started or how we were in the middle. We started with a lot of smoke around. Then that smoke has gone. If we win, it will be a great result. We can't make the mistakes of the first game. We need to be stronger, a better team and we need to be the best on the pitch to stay in the competition."

Statements by the United States

Greg Berhalter spoke first about the controversy surrounding the change of the Iranian flag in his team's twitter posts: "The players and staff were not aware of what was posted. Sometimes things are out of our control. We had no idea what the federation did. We don't think about external things and what we can do is apologize on behalf of the players and staff. But it's not something we were part of."

"We had no idea what the federation presented. The players and staff didn't know. Our thoughts are on the game. I don't want to sound aloof, but the players worked very hard over the last four years. We have 72 hours between the England and Iran clash and we are very focused on how to beat them. Of course, our thoughts are with the Iranian people...the whole team, everyone, but our focus is on the game."

"I really like what Iran has done so far, especially in the last game. They play with a lot of commitment, they have a very good counter-attack and we expect it to be a hard-fought game."

"It's a game that's still on my mind. It eats at me because what I saw, from the opening whistle, was a team that really wanted to win and one that did not. Iran wanted to win with everything and they played committed, focused. For us to have a chance to advance, we have to have that mentality."

How will Iran fare? 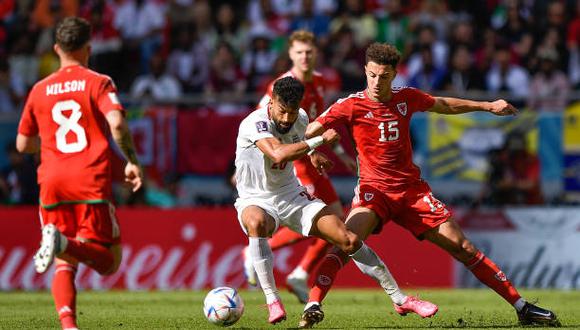 How is the United States coming along?

The United States has not had a good tournament and has accumulated two draws, leaving much to be desired, the first against Wales to one goal and the second goalless against England, putting at risk their qualification to the round of 16. The team will be looking to emerge triumphant and thus qualify for the round of 16. 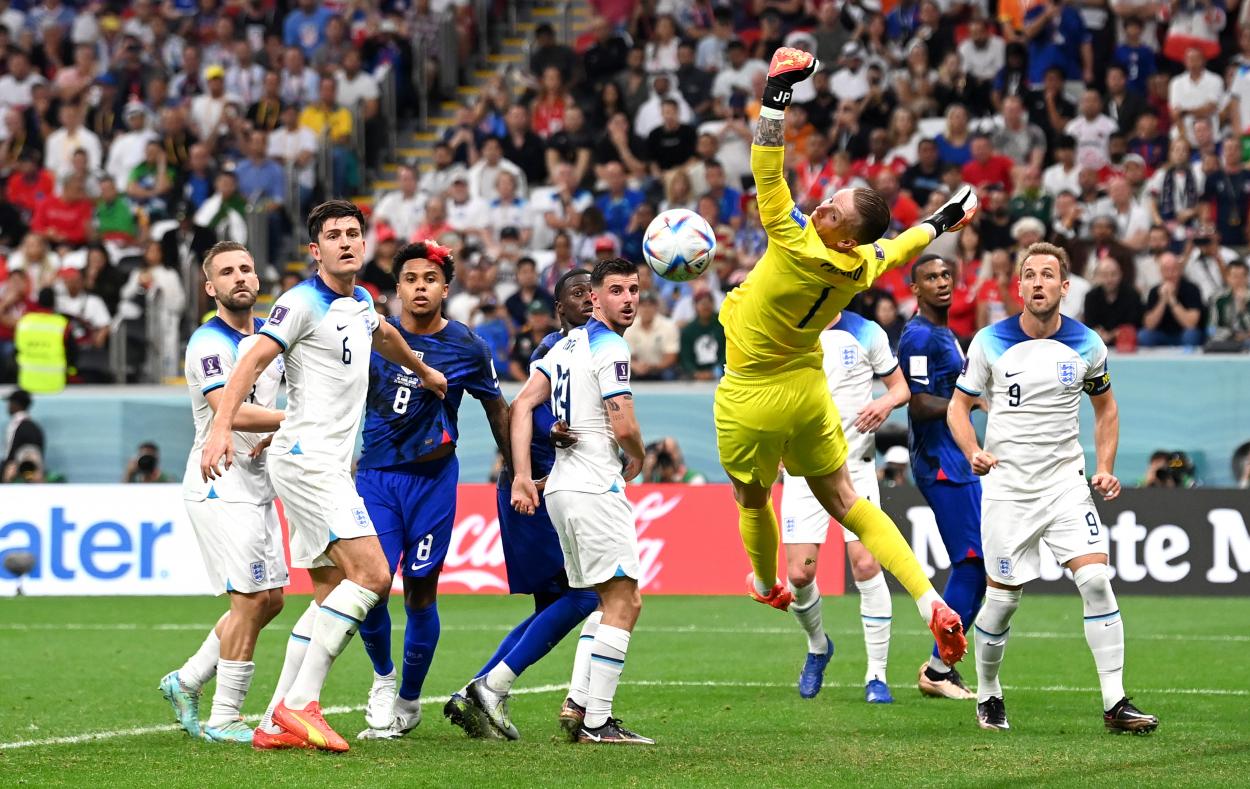 The match will be played at Al Thumama Stadium.

The Iran vs. United States match will be played at the Al Thumama Stadium, located in Doha, Qatar. The stadium has a capacity for 40,000 people.
12:18 PM2 months ago

Welcome to the live broadcast of the Iran vs United States match, corresponding to Matchday 3 of the Qatar 2022 World Cup. The match will take place at the Al Thumama Stadium at 13:00.