Thank you very much for joining us to watch Morocco vs Canada matchday 3 of the group stage in group E of the Qatar 2022 World Cup. Follow the sports information on VAVEL.
11:54 AM2 months ago

The match is over in Al Thumama! Morocco advances as leaders!
11:52 AM2 months ago

Four minutes of repositioning are added.
11:46 AM2 months ago

Yellow card for Steven Vitoria (Canada).
11:42 AM2 months ago

Out: Hakim Ziyech and Azzedine Ounahi

Atiba Hutchinson (Canada)'s shot hits the top post and then goes over the top!
11:32 AM2 months ago

Foul by Sofyan Amrabat (Morocco) on Tajon Buchanan (Canada).
11:28 AM2 months ago

In: Sofiane Boufal and Abdehamid Sabiri

In: Zakaria Aboukhal and Selim Amallah

Alphonso Davies (Canada) sees an effort deflected wide to the right side of the goal.
11:16 AM2 months ago

Hakim Ziyech (Morocco) is fouled by Alphonso Davies (Canada).
11:15 AM2 months ago

The scores remain unchanged. Croatia and Belgium remain tied and Morocco maintains the lead.
11:08 AM2 months ago

The second half begins in Al Thumama!
10:50 AM2 months ago

GOAL DISALLOWED! Morocco scores a goal from a free kick, but there was an irregular position.
10:47 AM2 months ago

Five minutes of repositioning are added.
10:41 AM2 months ago

MOROCCO'S OWN GOAL! Nayef Aguerd tries to reject a ball near the goal and ends up in the back of his own net.
10:40 AM2 months ago

Foul by Sofiane Boufal (Morocco) on Junior Hoilett (Canada).
10:30 AM2 months ago

Yellow card for Jonathan Osorio (Canada).
10:25 AM2 months ago

GOOOOOOOOOOOOOOOOOOOOOOL FOR MOROCCO, Youssef En-Nesyri receives a masterful pass from Hakim Ziyech and shoots from the center of the box!
10:20 AM2 months ago

Cyle Larin (Canada) tries to find Alphonso Davies but his shot on goal is deflected wide to the left.
10:16 AM2 months ago

Cyle Larin (Canada) tries to find Alphonso Davies but his shot on goal is deflected wide to the left.
10:14 AM2 months ago

GOOOOOOOOOOOOOOOOOL FOR MOROCCO, Hakim Ziyech opens the scoring quickly, taking advantage of a bad kick by the goalkeeper and finding it impossible to return to the goal to avoid the goal!
10:00 AM2 months ago

Morocco has a better chance of winning as their results have been better than Canada's.
9:55 AM2 months ago

The acts of protocol and the little show that is taking place in every game begin.
9:53 AM2 months ago

The teams are already at the Al Thumama stadium doing warm-up exercises.
9:45 AM2 months ago

Clearly Canada is already out of the World Cup, but Morocco still has a chance. If it wins or draws, it qualifies, if it loses, it would have to hope that Croatia loses against Belgium or at least draws to calculate the goal difference.
9:39 AM2 months ago

The designated referee for this match is Raphael Claus.
9:26 AM2 months ago

The match between Canada and Morocco will kick off in 45 minutes for the final matchday of Group E. Both teams have already confirmed their lineups.
8:53 AM2 months ago

Stay tuned for live streaming of Canada vs Morocco!

In a few moments we will share with you the starting lineups for the Canada vs Morocco match, as well as the latest information from the Al Thumama Stadium in the city of Doha. Don't miss a single detail of the match updates and commentary from VAVEL's coverage.
8:48 AM2 months ago

How to watch Canada vs Morocco live?

If you want to watch Canada vs Morocco on TV, your option is: DirecTV Sports, Telemundo, Tigo Sports, Sky HD and SporTV.

If you want to watch Canada vs Morocco on streaming, your option is: DirecTV Go.

What time is the Canada vs Morocco World Cup match?

This is the kickoff time for the Canada vs Morocco match on December 1, 2022 in several countries:

Venezuela: 11:00 AM on DirecTV Sports

Due to the multiple demonstrations in Morocco, coach Walid Regragui was asked about this:

"First, without talking about politics or anything, just talking about soccer, we defend Morocco and Moroccans, then of course we are Africans and that is the priority, like Senegal, Ghana, Cameroon and Tunisia. I hope that African soccer has moved to the next level. There has been criticism in the past that the level of African soccer was not good, but I think in this World Cup we have competed, and no matter which African team it is, with South Americans and Europeans and we deserve more places in the future so that one day we can win the World Cup. Then obviously, because of our religion and origins, we will be happy to make them happy if we qualify."

"Just being there at the world cup is motivation enough for the team. We're going to go out there like it´s the first game of tournament."

They have met only once in an international friendly on October 11, 2016. Morocco took the victory with a 4-0 thrashing. The goals came from Hakim Ziyech who scored a brace, Rachid Alioui and Mehdi Carcela.
8:23 AM2 months ago

This team was not one of the favorites and much less was expected, but their results have been a pleasant surprise, as their squad has great names. One of them is the great Hakim Ziyech. This player had left his national team in February due to some problems with the technical director at that time. Then, the coach was changed and he was called up for this World Cup. The Chelsea midfielder has not scored yet in this World Cup, although in the match against Belgium in which they surprisingly won 0-2, Ziyech had a great free kick goal disallowed for irregular position.
8:18 AM2 months ago

Canada's benchmark for this World Cup was the Bayern Munich star, Alphonso Davies. The only goal that Canada has scored in this World Cup was scored by this striker who is part of the new generation of soccer, since he is only 22 years old. He has had a great performance in this World Cup despite the results and will surely continue to reap more victories with his team and soon with his country.
8:13 AM2 months ago

On the other hand, the Moroccan national team has a more encouraging outlook. They are in second place in the group with four points, the same as Croatia, but with a goal difference of 2. Morocco needs to win to safely qualify for the next stage and would depend on Croatia's match to know who will be the first qualifier. If Morocco were to lose, they would have to wait for Croatia to beat Belgium. If they draw, they would need a draw or a defeat between Croatia and Belgium.
8:08 AM2 months ago

Unfortunately, the Canadian outlook is bleak. They were the second team to be eliminated in the group stage after the elimination of hosts Qatar. Canada has no points and a goal difference of -4. Their match against Belgium, which was somewhat controversial due to a penalty kick that was not sanctioned, ended 1-0 in favor of the Belgians. Then, in their match against Croatia, the defeat was crushing with a 4-1 score that finally ended the Canadians' World Cup dream.
8:03 AM2 months ago

The stadium designated for this match is the Al Zumama or Al Thumama in Arabic, located in the city of Doha in Qatar. Five matches of this World Cup have already been played in this stadium and three more will be played there for a total of eight matches in this venue. This venue was inaugurated on October 22, 2021 and like almost all stadiums in Qatar, its design represents something of the Arab culture, in this case, the Al Thumama represents the Arab headdress known as gahfiya. Although it is located in the Qatari capital, it is actually on the outskirts of the capital in a village with the same name as the stadium. Its construction, along with that of other stadiums, was accelerated so that it would be ready in time to celebrate the world soccer festival. The last match to be played here will be a quarter-final between the winners of match 55 and the winners of match 56. It has a capacity of 44,400 spectators. 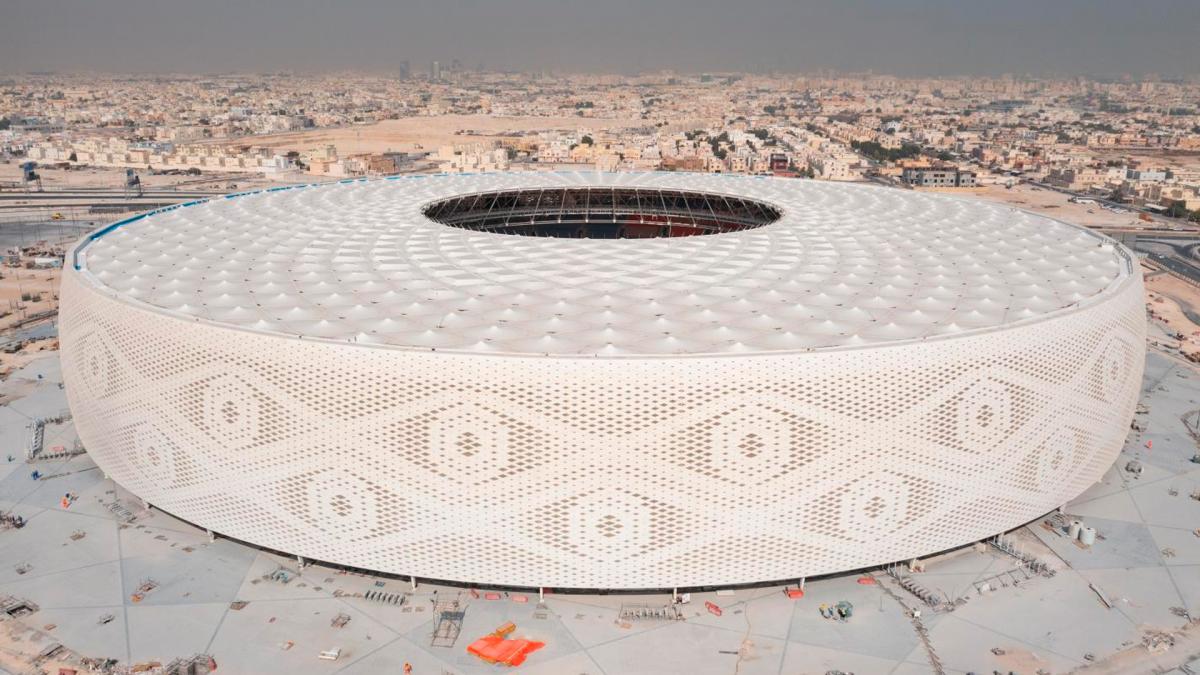 My name is Sofía Arévalo and I will be your host for this match. We will bring you pre-match analysis, score updates and live news here on VAVEL.