GET1
END15 hours ago

We hope you enjoyed this great match between Brazil and South Korea that left us with great emotions. Stay tuned to VAVEL for much more from the Qatar 2022 World Cup, which is getting more and more exciting.
3:59 PM2 months ago

In this way Seung-Ho made the discount for the Korean team, great shot from the midfielder.

The match ends with a resounding victory in favor of the Brazilian team; the Korean team gave everything until the last minute but was outplayed by far during almost the entire match.
3:50 PM2 months ago

Dani Alves' shot ends up hitting the back of a Korean defender and the ball goes for a corner kick.
3:46 PM2 months ago

The intensity of the match drops in the final stretch, but possession of the ball continues to go mostly to Brazil.
3:39 PM2 months ago

A free kick bounced just outside the box and Jun-Ho struck with great power to give the Korean team the lead.
3:32 PM2 months ago

Several shots into the box by Korea ended with a deflection for a corner kick.
3:26 PM2 months ago

Militao leaves the field and Daniel Alves enters the field.
3:23 PM2 months ago

Raphinha's great dummy in the box and after a shot at the near post Kim makes a good save.
3:16 PM2 months ago

Richarlison's shot is well saved by goalkeeper Kim, and on the second play Vinicius shoots but the ball goes wide.
3:11 PM2 months ago

Vinicius' assist was phenomenal and Paqueta's shot was unthinkable for the Korean goalkeeper.

In this way, the 10 of the green and yellow team scored the second goal of the match and the rain of goals arrived.

The match ends with a resounding score of 4-0 in favor of the Brazilian team.
2:50 PM2 months ago

Richarlison finds open space from midfield to the box and shoots but the Korean goalkeeper makes a good save.
2:47 PM2 months ago

Paqueta tries to cross but the ball is well cut out by the Korean goalkeeper.
2:45 PM2 months ago

Yellow card for Jung for a foul in midfield.
2:42 PM2 months ago

Impressive play, the filtered pass and the definition of the Brazilian nine.

Good play down the left by Vinicius, who lifts the ball to find Paqueta and the latter defines perfectly with a cross shot.
2:37 PM2 months ago

This is how the Real Madrid player scored to open the scoring.

Casemiro's shot from outside the area but the ball goes wide of the goal.
2:33 PM2 months ago

Richarlison dominates the ball outside the box, makes a short touch to set up a wall between his teammates, and Silva passes the ball to the Brazilian 9 to increase the lead.
2:29 PM2 months ago

Good play by Vinicius on the left side of the box who tries to cross but the ball is sent for a corner kick by a defender.
2:26 PM2 months ago

Hwang's shot is controlled by Allison in two minutes.
2:25 PM2 months ago

A cross into the box is well saved by the Korean goalkeeper with both fists.
2:18 PM2 months ago

Hwang's powerful shot demands a save from goalkeeper Allison.
2:15 PM2 months ago

Neymar takes a perfect shot, waits until the last moment and when the goalkeeper Seung-Gyu gives up, the Brazilian sends the ball straight into the net.
2:12 PM2 months ago

Penalty for Brazil! Richarlison is brought down in the box and the referee awards a penalty kick.
2:09 PM2 months ago

Raphinha got his body and won the ball on the right side of the box and put a delayed diagonal for Vinicius, who scored the first of the match.
2:01 PM2 months ago

The match kicks off at stadium 974 with the kickoff for the South Korean team.
1:50 PM2 months ago

The last Asian team in Qatar

After Japan's elimination, the South Korean team is the only one representing the Asian continent, will they spring a surprise?
1:45 PM2 months ago

The Brazilian team is already warming up before this afternoon's match, where they will be looking to settle the match in regular time:

They will be in charge of directing the actions for this afternoon's match:
Clément Turpin- Head referee.

The winner of this series, either Brazil or South Korea, would already have defined their opponent for the Quarterfinals of the Qatar 2022 World Cup, which would be Croatia, who defeated Japan in a penalty shootout to advance to the next round.
1:31 PM2 months ago

Neymar returns to the field

After missing the second and third matches of the World Cup due to an ankle injury, the Brazilian striker is ready to start the Round of 16 against South Korea. 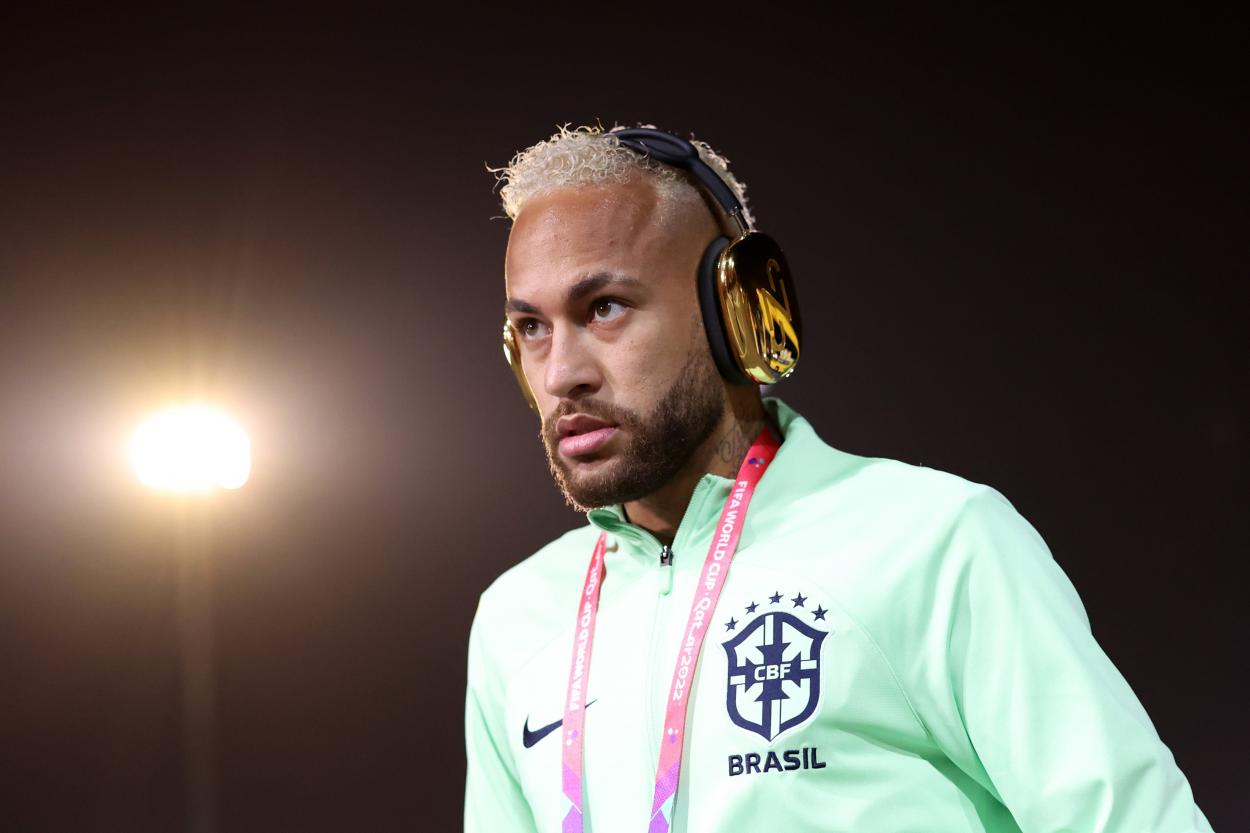 Brazilians with a lot of enthusiasm

This is how the Verdeamarela team arrived at stadium 974, with chants from the players:

The Koreans will also want to take the match to advance to the quarterfinals with these starters on the field:

The Brazilian team will take the field with the following starting 11, with Neymar Jr returning to the field as a starter:

In a few moments we will present the match LIVE, all the details, the latest news and much more... Stay tuned to VAVEL to know the line-ups of the match before anyone else!
1:06 PM2 months ago

The Brazilian national team, which qualified as first place in the group with a total of six points, will be looking to face a round of 16 match where on paper they are favorites, however, they will face a South Korean team that does not play bad soccer.

In a few moments we will present you with all the details: data, statistics and the latest news of the match, in addition to the best coverage that you will surely love, we will also leave you the best moments and video scores so you can enjoy them over and over again. Stay with us!

The last time these two teams faced each other was in June of this year, in a match that resulted in a 5-1 score in favor of the Canary Islanders, so a very intense duel is expected where Korea will want to win but will have to make an extraordinary effort to defeat Bacchi's team.
12:51 PM2 months ago

The Koreans used these elements as starters for their last match:

This is how the Brazilian team came out to face its rival in the previous day's match:

One of the most important elements for the Korean team is Tottenham striker Heung Min Son, who has been in charge of leading Korea to the next stage during this World Cup.

He will have to contribute with offensive plays and goals to help his team reach the quarterfinals, against all odds.

Under pressure, one player who has responded quite well for the Brazilian team has been none other than Real Madrid's Vinicius Jr.

His speed and unbalance have been fundamental for Brazil to qualify as first in their group, so tonight they will have to give their best to reach the Quarterfinals.

His speed and unbalance have been fundamental for Brazil to qualify as first in their group, so tonight they will have to give their best to reach the Quarterfinals. 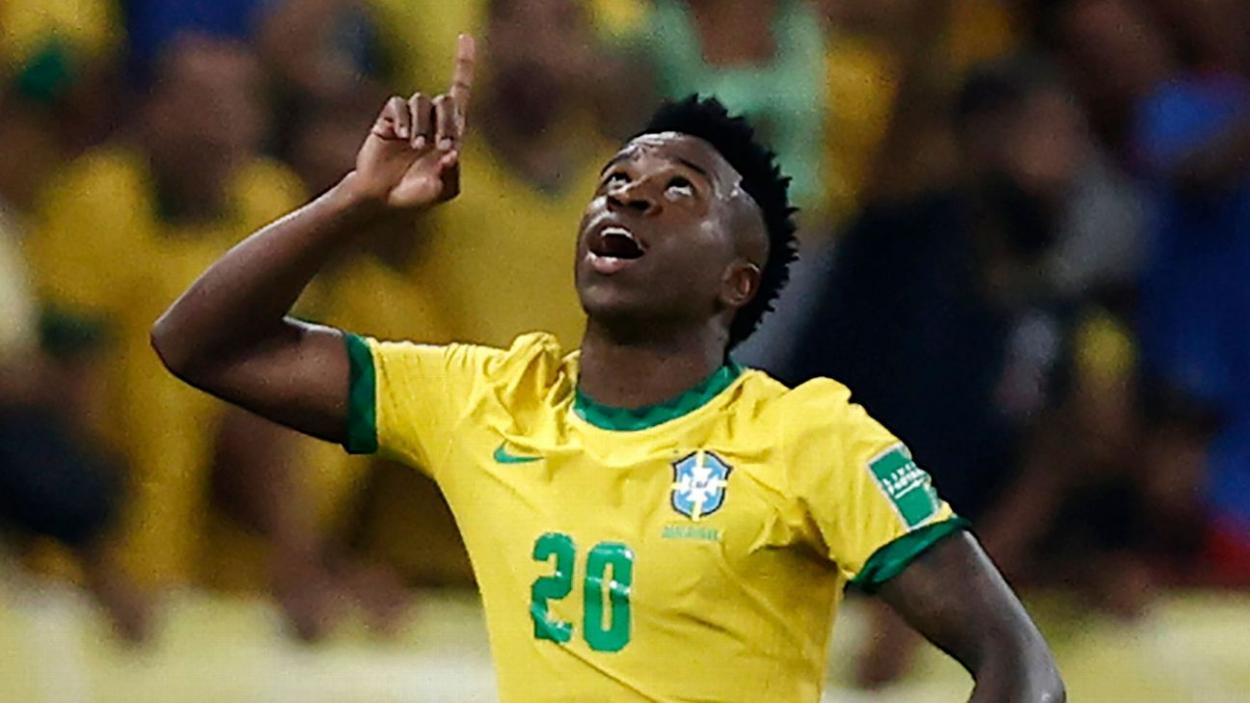 Korea in the Round of 16

This is the first time South Korea will play in the Round of 16 of the World Cup since 2010, when they lost to Uruguay by a score of 1-2.
They have won only one of their five matches beyond the group stage and that victory was against Italy at home for the 2002 Korea/Japan World Cup.

They have played before

This will be the eighth meeting between the Brazil and South Korea teams, however it will be the first in competition between the two.
Of the matches they have played Brazil has won six of the seven games, and Korea has only come away with the victory on one occasion.
12:21 PM2 months ago

South Korea will seek the feat

Four points were enough for the Korean team to qualify for the Round of 16, so today, as second-placed team, they will try to defeat the Brazilian power.

In their previous match they won against Portugal to qualify from group "H", thanks to goals by Kim Young-Gwon and Hwang Hee-Chan.

With these weapons, today they will be looking for a victory and a feat that would go down in the history of the World Cups.

Brazil is the overwhelming favorite

The South American team had a very good first round in which they promptly obtained their six points that qualified them to the round of 16, and even had the opportunity to play their third match with substitutes.

In this last match they faced Cameroon, who defeated them with a score of 1-0, with a goal in added time.

That is why in this match, now with a starting lineup, they will be favorites against the Korean team.

The match will be played at the 974

The Brazil vs South Korea match will be played at the 974 stadium, in Doha, Qatar. With a capacity of 44,089 people.

This is a soccer stadium in Ras Abu Aboud itself that was inaugurated on November 30, 2021 as a temporary venue hosting matches during the Qatar 2022 World Cup.

The stadium is built on a waterfront site and has a design that incorporates 974 recycled shipping containers in homage to the site's industrial history and the international marking code for Qatar (+974).

Some of the containers house stadium amenities such as restrooms and concessions, however, these and the seating will be dismantled later to be provided as assistance to underdeveloped countries in Africa; making it the first temporary venue in the history of a FIFA World Cup.

My name is Salvador Espino and I’ll be your host for this game. We will provide you with pre-game analysis, score updates, and news as it happens live here on VAVEL. The Brazilian national team, which qualified as first place in the group with a total of six points, will be looking to face a round of 16 match where on paper they are favorites, however, they will face a South Korean team that does not play bad soccer.  The Asians finished second in group "H" and could only manage four points, but they showed a lot of dynamism and great capacity when facing the goal.  That is why this match will have a lot of intensity but above all a lot of speed on offense, and will show us two teams that will be playing for a place in the Quarterfinals of the Qatar 2022 World Cup.