The match ends, West Ham wins against Cambridge United in the friendly match to prepare for the restart of the 22-23 season.
3:45 PM2 months ago

Saïd Benrahma with all the tricks to beat his man. A rainbow flick over his opponent sees the Claret & Blue Army respond by singing his name. That was quality.

Hammers turning on the style

Those two second-half goals have given the Hammers plenty of confidence and there is a real assurance to their play now.

In particular, Saïd Benrahma is sparkling when on the ball. He is a delight to watch.

Scamacca then almost nets a fifth for the Irons but sees his strike well-saved.

Pierre Ekwah plays a one-two with Freddie Potts and then finds the bottom corner from the edge of the area. It is a lovely strike from the youngster!

What a finish that is!

Saïd Benrahma picks up the ball on the left and darts inside. He keeps driving and eventually takes the shot. It is some goal too, as the ball is whipped powerfully into the top-corner and the Hammers have a third. Stunning.

Great save from Randolph

Darren Randolph was alert to deny Cambridge United an equaliser.

The experienced goalkeeper was down to his left to tip an effort from Saikou Janneh past the post.

Cambridge then go even closer. Harvey Knibbs striking the bar from inside the area. Warning signs for the Hammers, who have started the second half rather sluggishly.

Antonio moves to the wing

The arrival of Gianluca Scamacca sees a shift out wide left for Michail Antonio.

Ben Johnson has also dropped in at centre-half, with Vladimír Coufal at right-back and Saïd Benrahma playing just ahead of the Czech full-back.

And the pressure counts...

The Hammers move ahead just before the break.

It is an own goal. An Emerson cross is too good and it deflects off Lewis Simper and into the net. A great response to going behind from the Irons.

The hosts break and Saikou Janneh cuts inside. The No17 sees his effort comfortably saved by Łukasz Fabiański, however.

From the edge of the box, he finds the top corner from distance. Great response from the Hammers

Having just gone close to finding the net, Pablo Fornals drops deep to pick up the ball.

A searching pass forward frees Jarrod Bowen, whose first touch is superb. He kills the pass and strikes at goal straight away.

But, with his right-foot, the No20 sends the ball past the post. U's keeper Will Mannion looked beaten. Close!

The Hammers have controlled possession and almost prize the opening goal.

A flowing move finds Pablo Fornals but the Spain midfielder drags his effort wide from the edge of the area. Rushed it a bit!

The Away support is once again quality from the east Londoners.

Around 800 Hammers have made the journey to Cambridge and have been in full voice from the kick-off.

Jarrod Bowen bursts down the right as the Hammers break, looking for the opening goal...

But the Hammers' No20 overhits his cross and the attack fizzles out. Promising though from Jarrod!

As expected, it is a back four ahead of Łukasz Fabiański, with Ben Johnson, Craig Dawson, Angelo Ogbonna and Aaron Cresswell - tonight's skipper - in defence.

The match between West Ham and Cambridge United begins as part of their preparation for the World Cup.
1:51 PM2 months ago

In a couple of moments we will start with the broadcast of the duel between Cambridge United and West Ham, duel corresponding to the friendly match of preparation 2022.
1:46 PM2 months ago

This is the starting eleven that Cambridge United sends to the field to face the friendly match against West Ham. 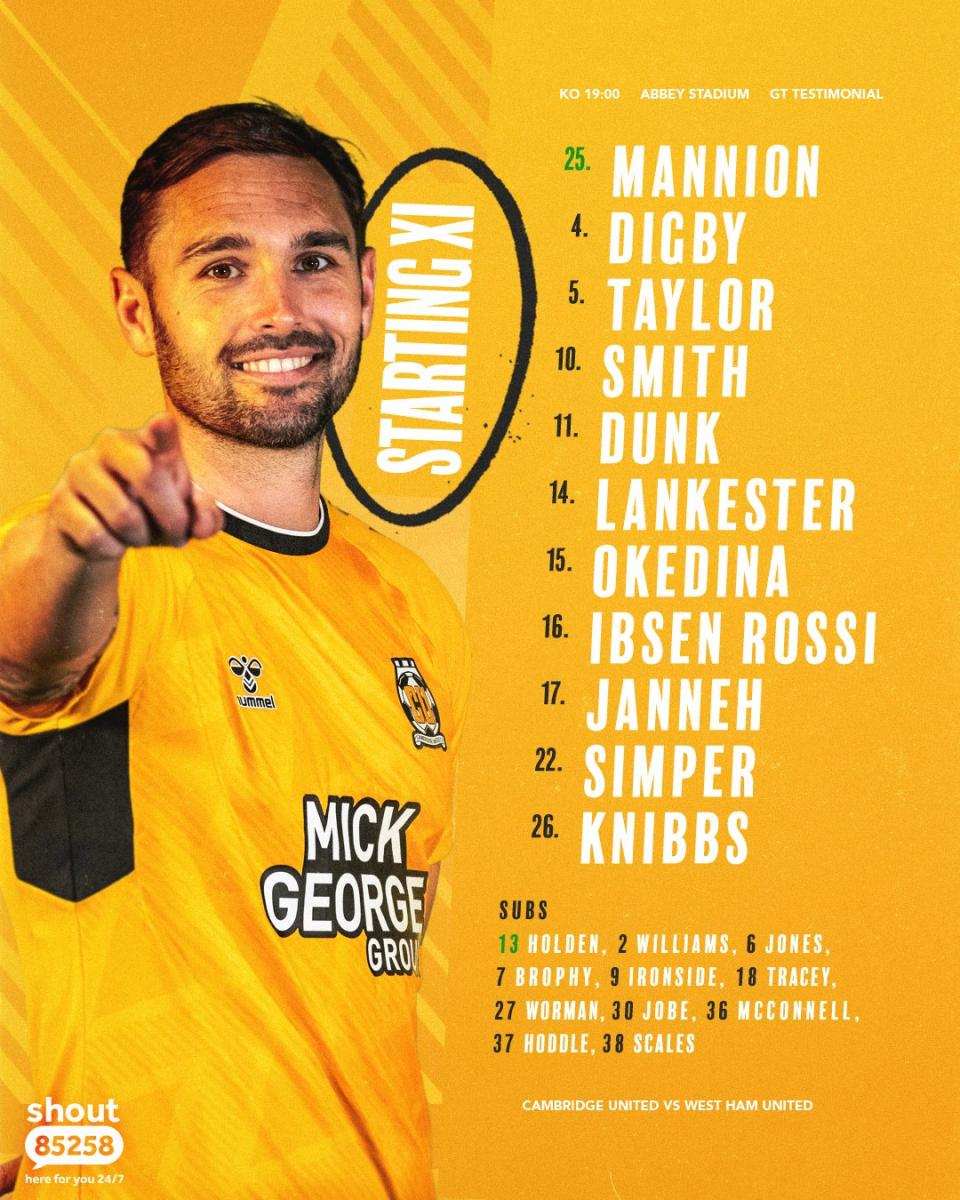 This is West Ham's starting eleven for the friendly match against Cambridge United. 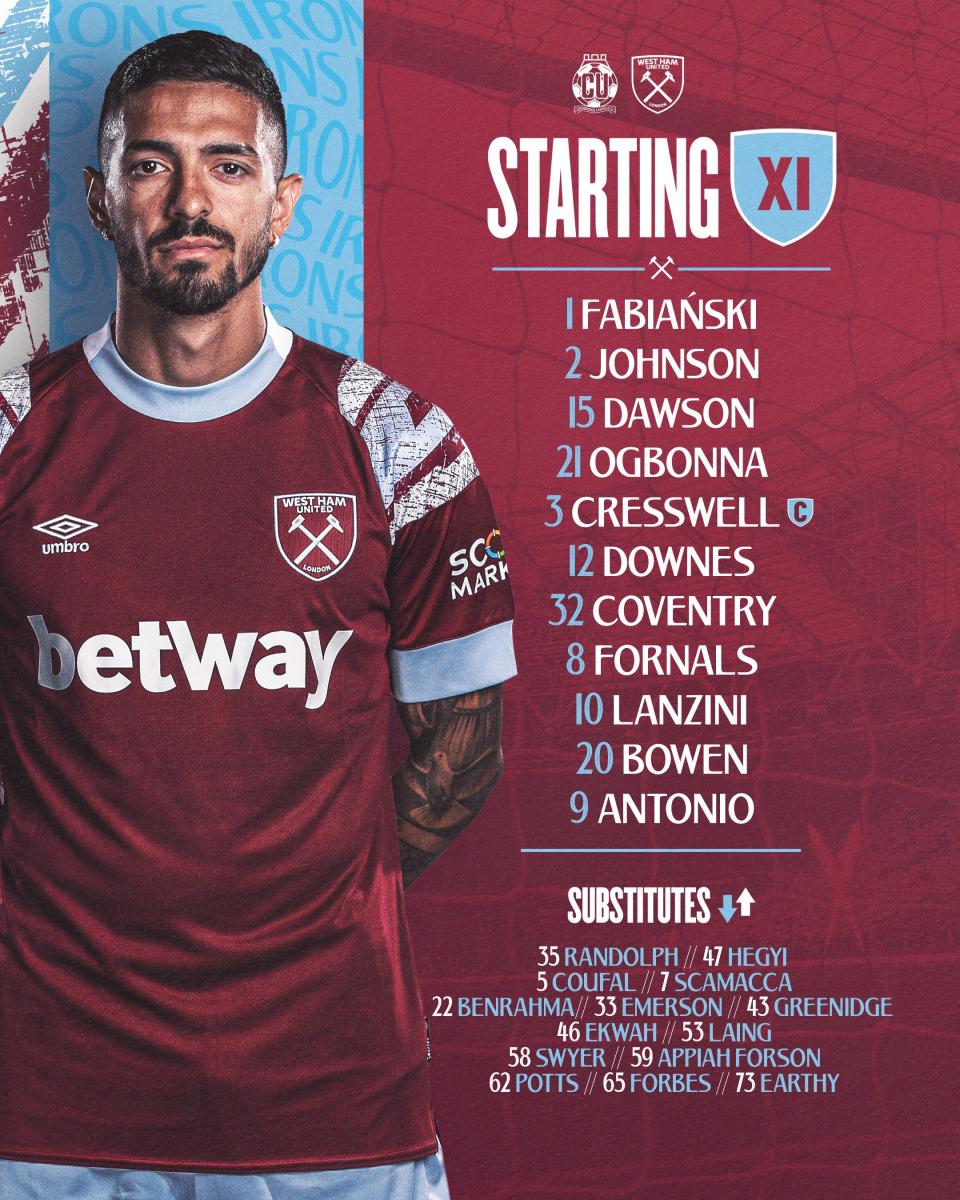 The last time West Ham faced Cambridge United in competitive action was in May 1993, when a 2-0 First Division win at the Boleyn Ground secured promotion to the Premier League.
A starting XI featuring the likes of Julian Dicks, Luděk Mikloško and Kevin Keen - who made his final appearance before moving to Wolverhampton Wanderers - led the Hammers to a 2-0 victory over Cambridge United. David Speedie and Clive Allen scored West Ham United's goals in front of a crowd of more than 27,000 at the Boleyn Ground.
1:31 PM2 months ago

West Ham United will be without five players who have been involved in the 2022 FIFA World Cup finals - Declan Rice, Thilo Kehrer, Nayef Aguerd, Alphonse Areola and Lucas Paqueta.
The rest of the first-team squad returned to training on Thursday, December 1, and could be part of Moyes' squad that will travel to Cambridge on Tuesday, December 6.
1:26 PM2 months ago

According to the English newspaper 'The Guardian', Declan Rices would have expressed that he is "desperate" to play in the Champions League next season and, seeing the current classification of West Ham, would have been a decisive factor in making the decision since the Hammers are flirting more with the relegation places than with those that give access to the top club competition.
1:21 PM2 months ago

THE QUEST FOR PROMOTION

Cambridge United is fighting for promotion to the second division of English soccer although they have also had to row against adversity as they are in the bottom of the table and for now with little chance of getting into the playoff round. Also, a few days ago they were eliminated from the FA Cup so the only mission they have is to remain focused and looking for promotion.
1:16 PM2 months ago

A ROAD TO CLIMB

West Ham has had a tough start to the 2022-23 campaign as they are at the bottom of the overall table and in case of being out of the UEFA Conference League, they would be out of European competitions for next season and that triggers a hard economic blow for the club as there would be no extra income from participation in international tournaments so it is extremely important to face adversity and return to the Big Six of the Premier League.
1:11 PM2 months ago

The wait is over, the World Cup actions are beginning to reach their final stages and this means the resumption of the leagues around the world, so teams are already starting to work on the preparation of the squads since there will be a couple of dates to play before leaving for the Christmas vacations. In this match, Cambridge United will face West Ham as part of their preparation to get back into rhythm for the second half of the season.
1:06 PM2 months ago

Do not miss a detail of the match with the live updates and commentaries of VAVEL. Follow along with us all the details, commentaries, analysis and lineups for this Cambridge vs West Ham match.
1:01 PM2 months ago

What time is Cambridge vs West Ham match for Friendly Match?

This is the start time of the game Cambridge vs West Ham of 6th December in several countries:

Watch out for this Cambridge player:

The player to watch for this match will be the attacking midfielder, Lewis Simper, the current Defensive Midfielder has been an important piece throughout the season for Cambrdige and he proved it by scoring last match, now, he will look to break the nets again and be the difference that balances the scales in favor of his team. 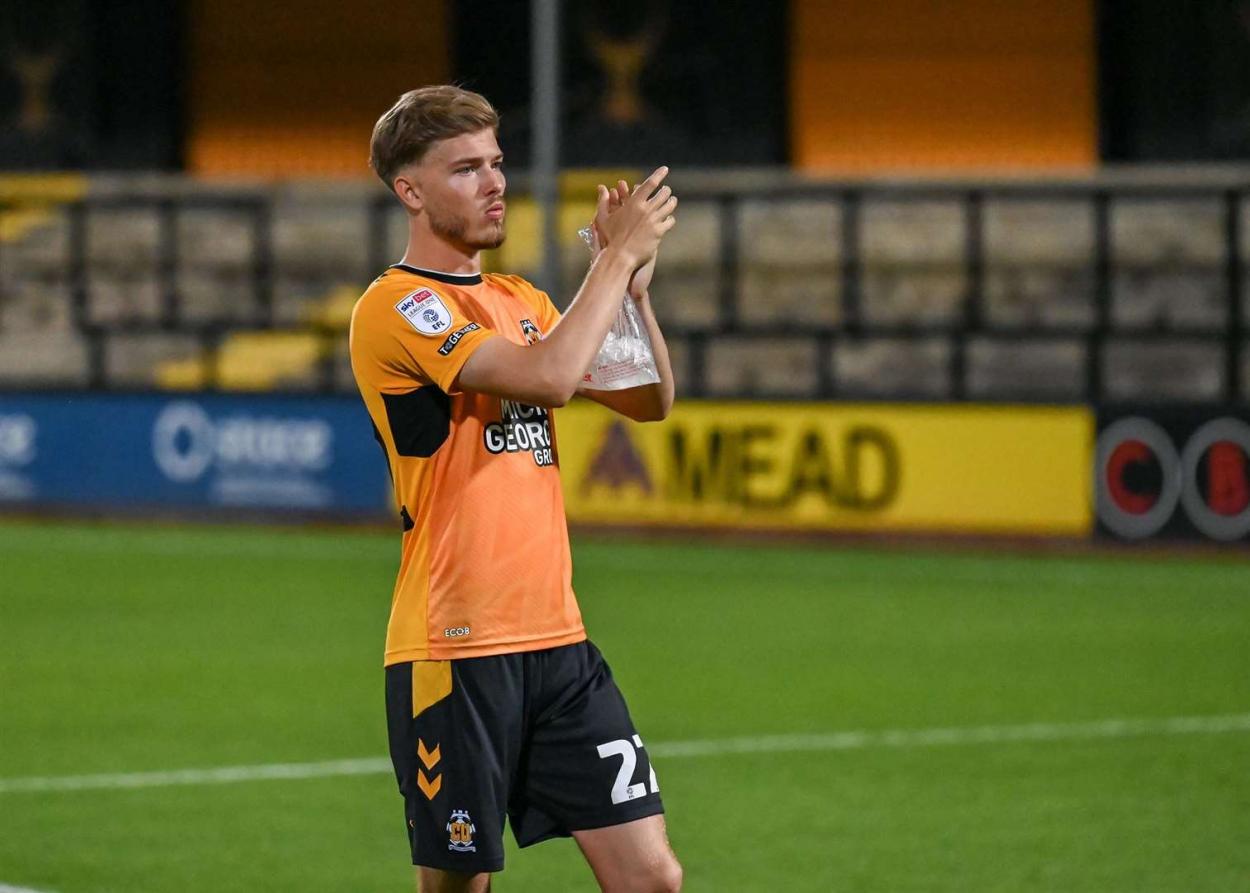 The player to watch for this match will be attacking midfielder, Tomas Soucek, the current Defensive Midfielder has been an important piece throughout the season for West Ham and he proved it last match, now, he will look to break the nets again and be the difference that balances the scales in his team's favor. 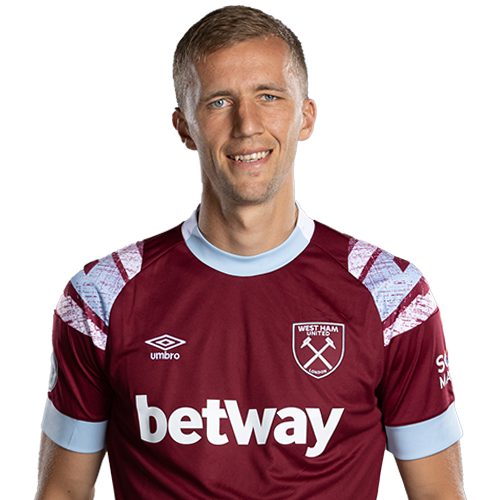 The Abbey Stadium is a sports venue dedicated to the professional practice of soccer in England and is the current home of Cambridge United F.C from 2006 to the present. It has a capacity of 8,200 spectators and was built in 1923.

The first match played at the Abbey was a friendly against a Cambridge University Press team on August 31, 1932. The record attendance at the ground (14,000) was also for a friendly, against Chelsea, on the occasion of the first use of the ground's new floodlights on May 1, 1970.

To iron out mistakes

The Cambridge team will take advantage of this match to continue improving, find details and fix mistakes within the team, because after their last match they were eliminated in the second round of the FA Cup, now they will have to dedicate all their 100% to the third division of English soccer. Also, in their respective competition they are in 20th place overall, one of the lowest positions, so they must strive to overcome adversity in the remainder of the season.
12:21 PM2 months ago

Aiming for the Premier League in 2023

West Ham closed the first part of the season or before stopping for the World Cup with a defeat at home against Leicester City Foxes by a score of 0-2 and as far as the Premier League is concerned closed in 16th position in the overall table with 4 wins, 2 draws and 9 defeats, being a statistic too negative for the Hammers because last season they were fighting in the Big Six of the Premier League and were securing European places, however, fortunately not everything is bad because they are still alive in the UEFA Conference League. West Ham will have to come back stronger than ever to overcome this adversity and position themselves again in the Big Six of the Premier League in order to avoid missing out on European competitions.
12:16 PM2 months ago

The 2022-23 season is just a few days away from returning after having stopped engines due to the Qatar 2022 World Cup, which is why the teams must start preparing for the resumption of the season as there are still dates to play before the end of the year, and also start working with an alternate squad to the one presented at the beginning of the season as they must temporarily cover the absences of players who went to participate in the World Cup and have not been able to train in rhythm with their corresponding team. In this match, West Ham will face Cambridge in a friendly match in order to get ready for the restart of the Premier League and Boxing Day, so it will be important to test the players and the rhythm of the Hammers' team.
12:11 PM2 months ago

The Cambridge vs West Ham match will be played at Abbey Stadium, in Cambridge, England. The kick-off is scheduled at 14:00 pm ET.
12:06 PM2 months ago

Welcome to VAVEL.com’s LIVE coverage of the 2022 Friendly Match: Cambridge vs West Ham!