It's over! Portugal wins and beats Switzerland, leaving them out of these instances.
3:51 PM2 months ago

Goal, goal, goal for Portugal! A shot from outside the area by Leao, the ball travels and goes into the goal.
3:47 PM2 months ago

Leao's cross, but Cristiano can't get to the ball.
3:40 PM2 months ago

Close! Embolo launched an attempt at a bicycle kick for the second, but the ball was deflected wide.
3:34 PM2 months ago

Goal, goal, goal for Portugal! Ramos's pumped ball to the goal, the goalkeeper can't prevent the ball from going in and the player's hat-trick arrives.
3:25 PM2 months ago

Shaqiri crosses, but the ball goes wide.
3:18 PM2 months ago

Goal, goal, goal for Switzerland! Akanji pops up and punctuates a ball that is found.
3:16 PM2 months ago

Goal, goal, goal for Portugal! Guerreiro receives the ball, drives and finishes with a lethal shot to kill the match.
3:12 PM2 months ago

Goal, goal, goal for Portugal! Ramos crosses in Ramos to score his third of the night and his brace.
3:11 PM2 months ago

The actions for the complement begin.
2:50 PM2 months ago

Halftime at Lusail, the score is in Portugal's favor.
2:43 PM2 months ago

Goal, goal, goal for Portugal! Pepe's header into the goal ends up going into the net for the second goal.
2:31 PM2 months ago

Close! Otavinho's low shot, but the ball ends up in Sommer's hands.
2:18 PM2 months ago

Goal, goal, goal for Portugal! A powerful shot from Ramos that ended up bursting the Swiss goal.
2:14 PM2 months ago

Embolo's shot on goal, but the defense covers the ball.
2:01 PM2 months ago

Actions get underway in Lusail.
1:58 PM2 months ago

Both teams are already on the field warming up before the start of the match.
1:47 PM2 months ago

Switzerland is already at the stadium and will be looking for a victory and to qualify for the next stage.
1:42 PM2 months ago

Portugal is already at the Lusail stadium, looking to qualify to the quarterfinals and make history for their national team.
1:37 PM2 months ago

They want to get there!

Portugal will be looking for its third qualification to the quarterfinals, the first in 1966 and the second in 2006, although it has never qualified for the semifinals.
1:32 PM2 months ago

After his substitution, Cristian Ronaldo breaks a streak of 31 games as a starter with the national team in international matches.
1:27 PM2 months ago

This will be the third time that these teams have faced each other, leaving one win each side, so both will be looking for a victory in this match.
1:22 PM2 months ago

Cristiano Ronaldo will not be in Portugal's starting lineup, so he will have to wait for his chance on the substitutes' bench. 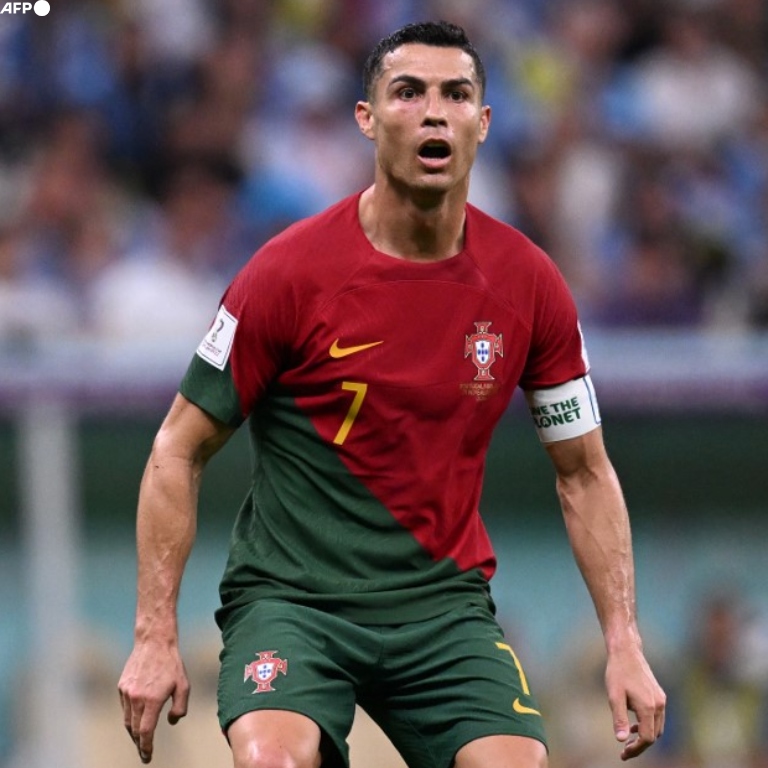 In this match, the last place in the quarterfinals of this edition of the World Cup in Qatar 2022 is at stake. A very interesting duel, in the previous match, Morocco surprised and left out Spain.
1:12 PM2 months ago

We're back for minute-by-minute coverage of the match between Portugal and Switzerland. We will shortly share with you the most relevant information, as well as the confirmed line-ups.
1:07 PM2 months ago

Stay tuned for the Portugal vs Switzerland live stream

In a few moments we will share with you the starting lineups for Portugal vs Switzerland live, as well as the latest information from the Lusail Stadium. Stay tuned for up-to-the-minute live coverage of the match on VAVEL.
1:02 PM2 months ago

Where and how to watch Portugal vs Switzerland live online

Portugal vs Switzerland can be tuned in from the live streams of ViX, Blue to Go App.

What time is the match of Portugal vs Switzerland, matchday 3 of the Qatar 2022 World Cup?

This is the kick-off time for the Portugal vs Switzerland match on December 6, 2022 in several countries:

Murat Yakin spoke ahead of this important match: "This team has already come a long way, we can be the dominant team. My players have the experience to face adversity, we can adapt to what the game demands. We already lost 4-0, we already won 1-0 (both in the UEFA Nations League) and we can face this great team. We hope to take advantage of the opportunities we have. We can beat them. "We are all ready, all the players are fit, all the injuries are recovered and it is an opportunity to make history. We are strong and eager to play." "We are prepared, organized, we know all the influence he has on the team, but we are not going to make a specific plan to mark him. Let's see what our strategy is on the field." "That happened six months ago. That's a long time in soccer. Cristiano, moreover, didn't play that match. There were different players on the field. To win you have to make a combination of several factors. We already know our opponents. We lost 4-0 to Portugal as visitors and won 1-0 afterwards. We showed that we can take on the big teams, be dominant and play our game".
12:47 PM2 months ago

Fernando Manuel Costa Santos spoke ahead of this important duel: "I don't know, I haven't talked to him about it. I have spoken to the players but it has nothing to do with this issue. I didn't even know about it, I only found out a little while ago. It's his decision, it's a matter for him, he's completely focused on the World Cup, on helping the team."

"It's tremendously difficult, we are two very strong teams, it's a tough game, but one in which Portugal I think will win."

"When the game was over, I went to the flash and then I went to the press conference. I repeat: on the field, I didn't hear anything, I was far away and I only heard that he was arguing with the Korea player. Did I see the images afterwards? Yes. Did I like it? I didn't like it at all. I really didn't like it at all. But from there on, those issues are resolved at home and it's time to think about tomorrow's game, which we're all focused on."

"I only give the equipment to the players at the stadium, it has always been like that since I arrived. Otherwise, the matter is finished, it's settled inside and everyone is available."

"The enjoyment is always the same, even in the group stage. If we hadn't prepared them well, we wouldn't be here. With Korea, I came to the conclusion that in the first half we played very well. It wasn't excellent, but we were penalized by a goal from a corner. In the second half we couldn't be as comfortable, but we were still good and we were penalized for another detail. Details make a big difference, even more so in a game like Switzerland's."

Ruben Dias also spoke to the media: "In general, as it is obvious that we are now entering a different phase, we don't have to change much. We are aware that this is a match and nothing more, there is no room for mistakes. It is more and more necessary to focus and be more and more prepared to decide the matches in detail. We are ready and come."

"I think we can consider that we are ready if necessary. It was something we have always taken into account, it is part of the competition and it is an important moment where it is a pinch of luck but also quality in execution. It's something we've been practicing."

"We expect a high-level match. It couldn't be any other way, especially given the competition we're in. We are focused on ourselves, we are perfectly aware of what Switzerland brings to the game, but above all it's thinking about ourselves and what we have to give."

How does Switzerland arrive?

Switzerland came to this match after defeating Serbia two goals to one, a victory that gave them the pass to this stage as second place in their group, Switzerland had four points in the group stage.
12:22 PM2 months ago

How does Portugal arrive?

Portugal arrives to this match after scoring six out of nine points in the group stage, qualifying after losing to South Korea two goals to one in their last match, coming in first place in their group. 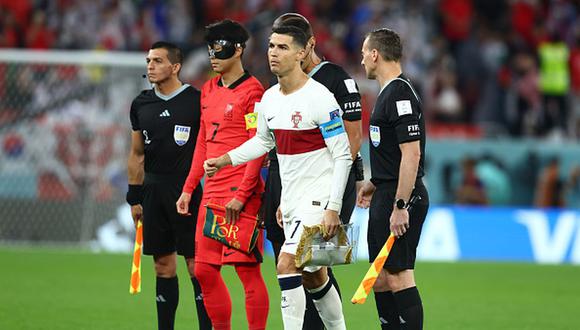 The match will be played at Lusail Stadium.

The Portugal vs. Switzerland match will be played at the Lusail Stadium, located in Doha, Qatar. The stadium has a capacity of 40,000 people.
12:12 PM2 months ago

Welcome to the live broadcast of the Portugal vs Switzerland match, corresponding to the round of 16 of the Qatar 2022 World Cup. The match will take place at the Lusail Stadium at 13:00.