The match is over, Chivas wins the match by the minimum.
1:54 PM2 months ago

Mayoral sends a shot, but Jiménez ends up sending the ball wide.
1:50 PM2 months ago

Shot that Jiménez prevents from entering his goal.
1:42 PM2 months ago

Getafe tries to generate, but fails to reach the Chivas goal.
1:30 PM2 months ago

Goal, goal, goal for Chivas! Beltrán's lofted ball into the goal ends up going in for the first goal.
1:22 PM2 months ago

Cisneros' cross, but Villa ends up deflecting the ball.
1:15 PM2 months ago

Munir's shot is blocked by the defense.
1:10 PM2 months ago

The complement is played in Getafe.
12:49 PM2 months ago

At the end of the first half, there was little excitement in the match and the score remained tied at 0-0.
12:44 PM2 months ago

Chivas is looking for the first, but Getafe is well positioned at the back.
12:33 PM2 months ago

A back-and-forth match, both teams are looking for the opponent's goal.
12:25 PM2 months ago

Villa tried to generate danger, but his shot ended up being too long and he missed a clear chance.
12:20 PM2 months ago

The action gets underway at the Coliseum.
12:11 PM2 months ago

The action gets underway at the Coliseum.

Both teams are already warming up on the field prior to the start of the match.
11:48 AM2 months ago

Getafe is already at the stadium, looking for an important victory in this winter break.
11:47 AM2 months ago

Chivas is already at the Coliseum Alfonso Pérez and will go all out to get a victory against Getafe in Spain. 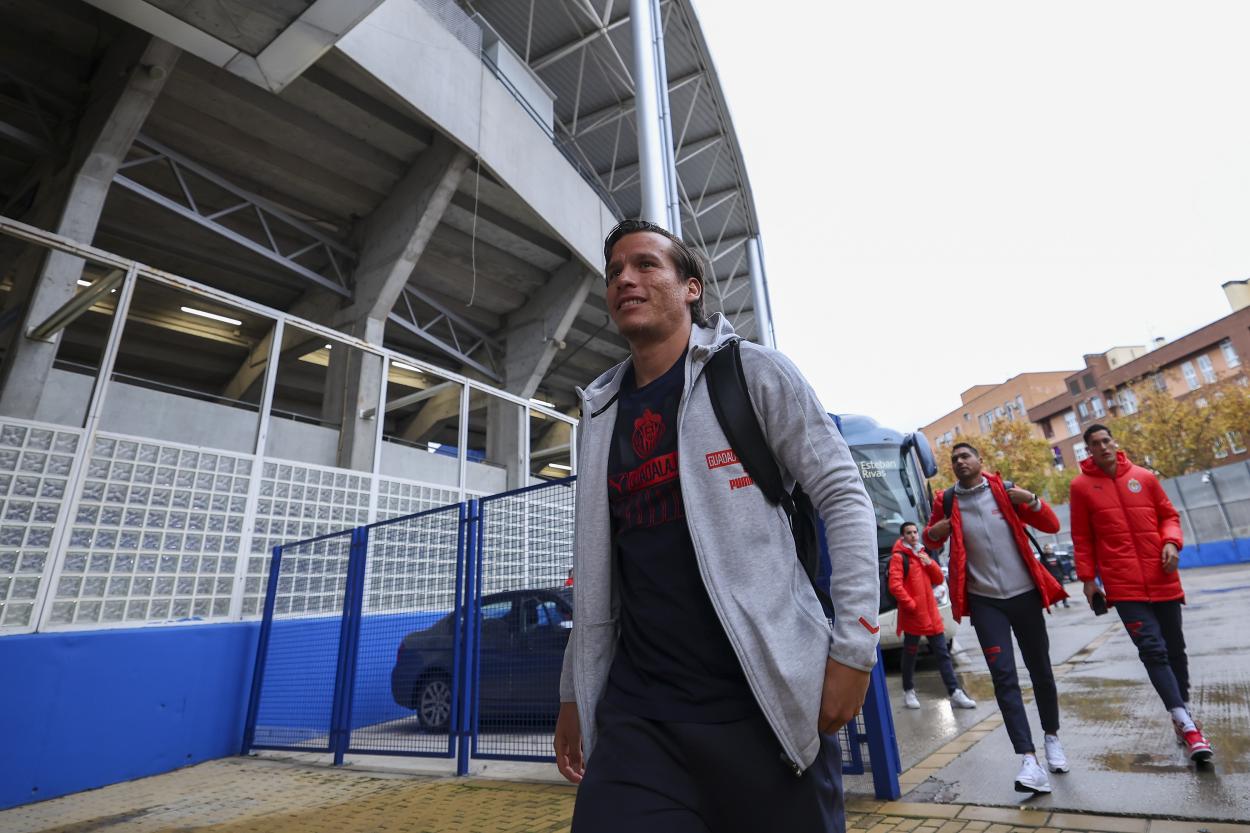 Antonio Rodríguez returns to Chivas after two tournaments on loan with Querétaro, where he did not play much.
11:32 AM2 months ago

These are the Chivas players who made the trip to Spain.

Chivas announced the departure of Miguel Ponce and captain Jesús Molina, after they were no longer part of the team's plans and in an effort to renew the roster.
11:22 AM2 months ago

Veljko Paunovic is the coach chosen by Hierro to take the reins of Chivas, following the departure of Ricardo Cadena.
11:17 AM2 months ago

Chivas arrives at this meeting after announcing the arrival of Fernando Hierro, Chivas' sporting director, following the departure of Ricardo Peláez from the red and white team.
11:12 AM2 months ago

We're back for a minute-by-minute coverage of the match between Getafe and Chivas. We will shortly share with you the most relevant information, as well as the confirmed lineups.
11:07 AM2 months ago

Stay tuned for the Getafe vs Chivas live stream.

In a few moments we will share with you the starting lineups for Getafe vs Chivas live, as well as the latest information from the Estadio Coliseum Alfonso Perez. Don't miss any details of the match with VAVEL's minute-by-minute live online coverage.
11:02 AM2 months ago

Where and how to watch Getafe vs Chivas live online

The match will not be broadcasted.

Getafe vs Chivas can not be tuned in live stream.

What time is the match Getafe vs Chivas, match corresponding to the friendly duel towards 2023?

This is the kick-off time for the Getafe vs Chivas match on December 8, 2022 in several countries:

Veljko Paunović, Chivas coach, spoke about the duels they will play in Spain: "Of course it is a special match, it is a great opportunity for our club to measure itself against a team like Bilbao and in a stadium like La Catedral, the truth is that it is a source of pride."

"Before playing against Bilbao we have a match three days before against Getafe in Madrid. In principle we want to compete in both matches because we believe it is a great opportunity, we will not have another opportunity to measure ourselves against two teams from the Spanish first division, which we considered the best in the world".

"We will go out to measure our best strengths we have. The match against Getafe gives us some reason to have to adapt for the second match against Bilbao, but the priority is the two matches to be able to compete well".

How will Chivas arrive?

Chivas arrives to this match after being eliminated in the playoff phase in penalties, with a score of 5 to 4, Puebla left them out sealing another season to forget, so the team from Guadalajara is looking to start from scratch. 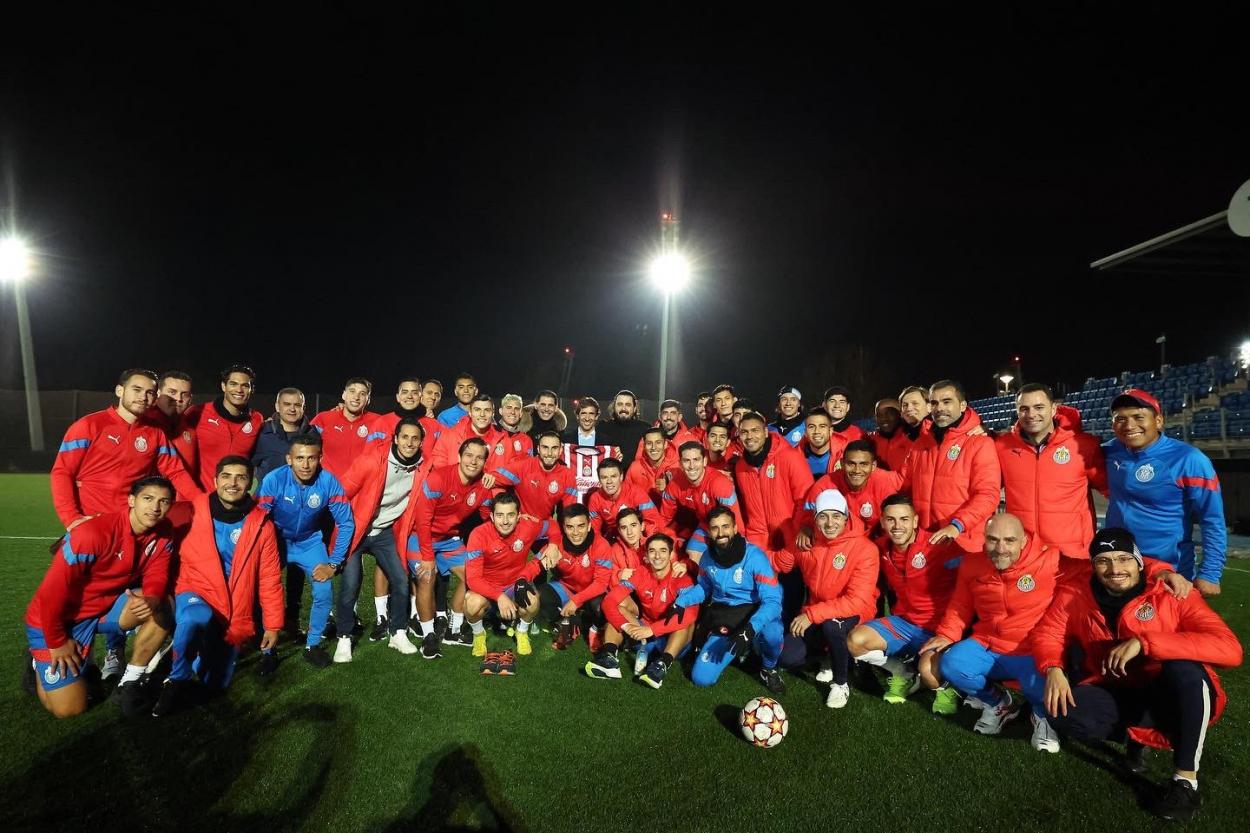 How does Getafe arrive?

Getafe arrives after losing by the minimum in a friendly match against Valladolid, due to the break they have due to the World Cup in Qatar. 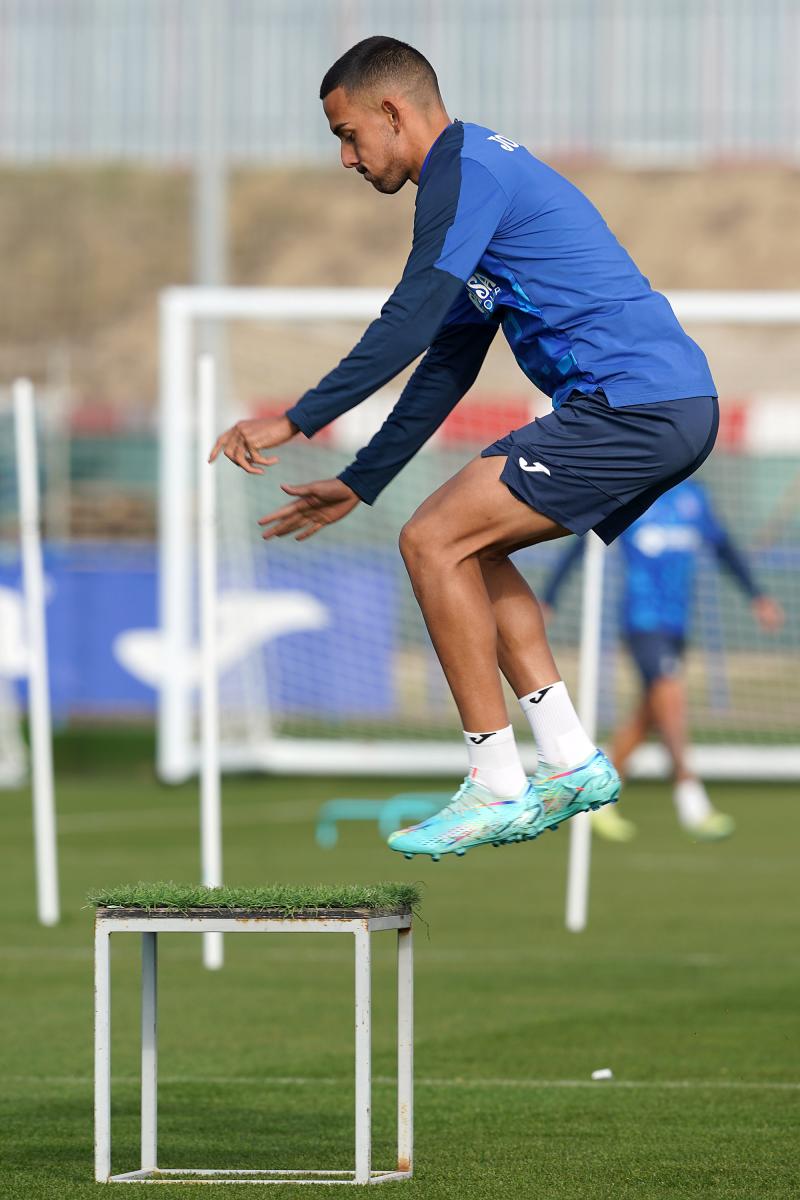 The match will be played at the Coliseum Alfonso Pérez Stadium.

The match Getafe vs Chivas will be played at the Coliseum Alfonso Pérez Stadium, located in Getafe, Spain. The stadium has a capacity for 40,000 people.
10:32 AM2 months ago

Welcome to the live broadcast of the Getafe vs Chivas match, corresponding to the friendly match for the Clausura 2023. The match will take place at the Estadio Coliseum Alfonso Pérez, at 11:00 am.