The match is over, Inter wins this match against Napoli.
4:34 PM23 days ago

Powerful shot that Onana prevents from entering his goal.
4:29 PM23 days ago

Lobotka sought to generate danger, but failed to reach the opponent's area.
4:22 PM23 days ago

Changes in both squads. Napoli sends off Anguissa and Kvaratskhelia for Ndómbele and Elmas; Inter brings on Dumfries and Correa for Darmian and Dzeko.
4:20 PM23 days ago

Napoli look to generate danger, but do not reach the opponent's area.
4:11 PM23 days ago

Both teams make changes. Inter brings on Lukaku and Dimarco for Martinez and Gosens. Napoli substitute Lozano and Raspadori for Politano and Zielinski.
4:01 PM23 days ago

Goal, goal, goal for Inter! Dzeko's lethal header that ends up in the goal and opens the scoring.
3:59 PM23 days ago

Barella tried to generate danger, but failed to enter the area.
3:50 PM23 days ago

The action resumes and the second half is played.
3:33 PM23 days ago

The first half is over, Inter and Napoli go to the break goalless.
3:32 PM23 days ago

Anguissa's cross was not properly finished.
3:28 PM23 days ago

Lukaku's shot is deflected over the goal.
3:25 PM23 days ago

Powerful shot from Zielinski, but the ball goes wide.
3:14 PM23 days ago

Darmian's shot with the inside and the ball goes over the top.
3:11 PM23 days ago

Anguissa makes an erroneous pass and misses an opportunity to create danger.
3:07 PM23 days ago

Politano looks to generate danger, but does not reach the end line.
3:01 PM23 days ago

A very intense back-and-forth duel between Inter and Napoli.
2:56 PM23 days ago

The action gets underway at the San Siro.
2:51 PM23 days ago

Both teams are already on the field warming up before kickoff.
2:36 PM23 days ago

Both Inter and Napoli are already at the stadium, ready to play their first match of 2023.
2:31 PM23 days ago

This is how San Siro looks like before the start of this important match, a very interesting clash. 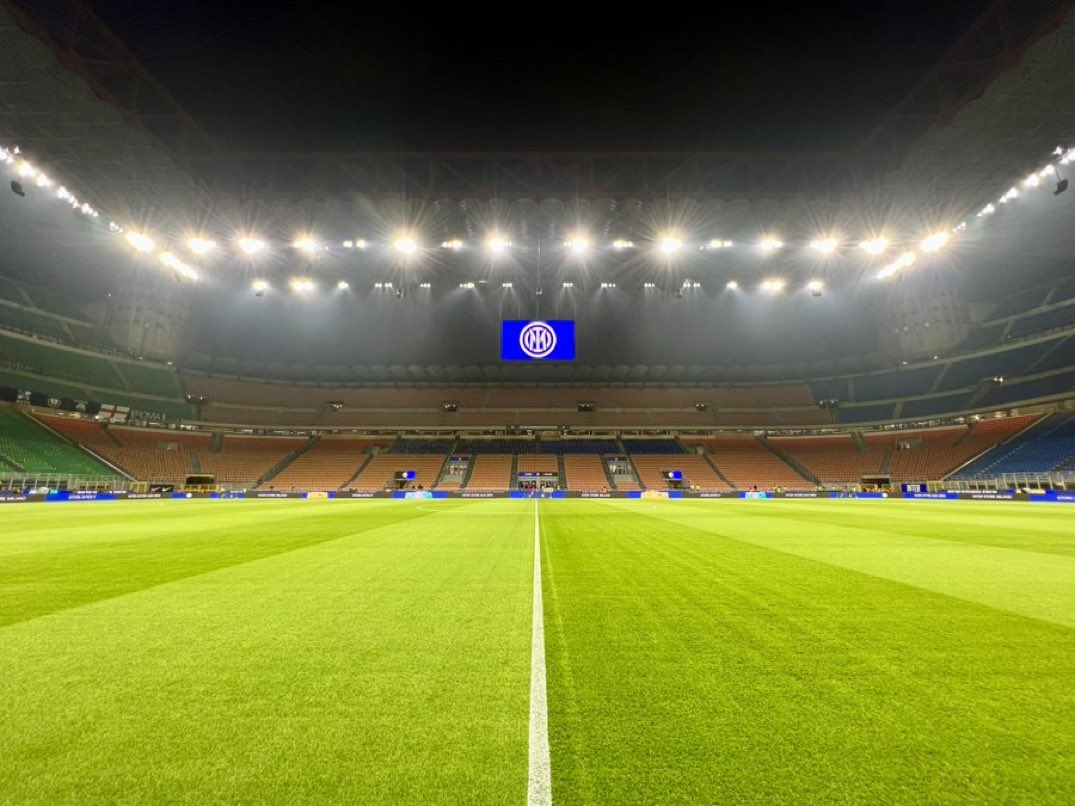 Hirving Lozano will be among the substitutes for this match, ready for when Spalletti takes his place.
2:21 PM23 days ago

Lukaku is the one on whom Napoli will have to put special emphasis, the striker will be looking to generate danger in the opponent's goal.
2:16 PM23 days ago

The striker Osimhen will look to generate danger in Onana's goal, look for the goal and give the victory to his team.
2:11 PM23 days ago

Less than an hour to go until the match between Inter and Napoli kicks off at the San Siro, what a duel to come.
2:06 PM23 days ago

It's not going to happen!

Brozovic was diagnosed with a sprain two days ago, so the player is out for this important match at the start of 2023.
2:01 PM23 days ago

We're back for minute-by-minute coverage of the Inter-Napoli clash. We will shortly share with you the most relevant information, as well as the confirmed line-ups.
1:56 PM23 days ago

Stay tuned for the Inter vs Napoli live stream.

In a few moments we will share with you the starting lineups for Inter vs Napoli live, as well as the latest information from the San Siro Stadium. Keep an eye on the action with VAVEL's minute-by-minute live online coverage.
1:51 PM23 days ago

Where and how to watch Inter vs Napoli online live streaming

The match will not be broadcast.

Inter vs Napoli can be tuned in from the live streams on Paramount+ App.

What time is the match of Inter vs Napoli, matchday 18 of Premier League?

This is the kick-off time for the Inter vs Napoli match on January 4, 2023 in several countries:

Luciano Spalletti spoke ahead of the match: "The Scudetto is their obsession, not mine. My obsession is to see this city explode with joy. We are aware of what we have done on the pitch. We will face a great team. We will play the soccer that has given the team benefits. Inter is a top team. Over the last three and a half years, they have made investments worthy of a top European club."

"I want to congratulate those who decided not to retire Pelé's number 10, fulfilling his request."

"When you take off a jersey, you no longer see it. Pelé's number should appear as many times as possible. Congratulations to those who did not remove the number 10."

"I think it's right to use the number of great players. Seeing it every day gives more responsibility to whoever wears it and also to his teammates, who would be motivated to reach that level."

"I want to be under maximum pressure. I always do when I work and I like it that way. When you are at your maximum in terms of desire, preparation, attention, I expect the right response to meet the expectations of our fans and the people."

"From the results (evaluation), what we see is quite good. As I said, for us it is not a restart because our heads are where we left them. We started this beautiful journey a year and a half ago and there are no stops, there are no seasons, we will stop only when we know how it will end."

Romelu Lukaku spoke ahead of this important match: "Inter fans are really special; for me they are the best I've ever met. Even if we have problems, they are always there to help the team."

"I thought they were still angry with me, but they know I've always carried Inter in my heart, even though I've left. I had some conversations with my teammates; I told them the truth about why I left and why I came back."

"I hope to stay also in the future. For me, Inter is everything. Now I have to do everything necessary, together with the team, for Inter to win. Then we'll see. Todd Boehly decided to let me go after I told him the truth about my relationship with Tuchel."

"Everything is possible in soccer. You have to believe in the impossible. People say it's impossible, let's see at the end of the season. Now we are still there and there are six months left. The championship ends on June 6, we haven't even reached January 4 yet!".

How are Napoli coming along?

Napoli were beaten four goals to one by LOSC in a friendly match before the end of the year, so they will be looking to make it three in the return to Serie A. 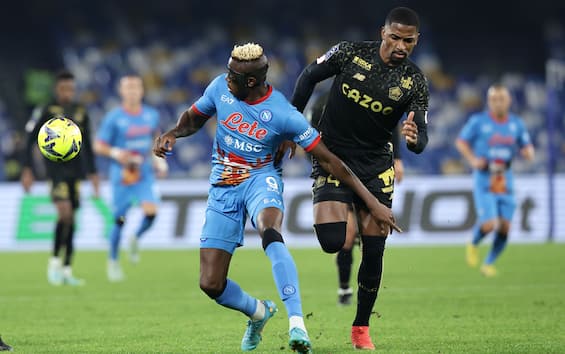 How are Inter coming?

Inter beat Sassuolo in their last Serie A match, winning three points and climbing up the standings, the same positive result they will be looking for in this match.
1:21 PM23 days ago

The Inter vs Napoli match will be played at the San Siro Stadium, located in Milan, Italy. The stadium has a capacity of 40 000 people.
1:16 PM23 days ago

Welcome to the Inter vs Napoli live stream, corresponding to the 16th matchday of the Serie A. The match will take place at the San Siro Stadium, at 14:45 hrs.