We hope you enjoyed this great game Cruz Azul vs Monterrey that left us with great emotions. Stay tuned to VAVEL for more from the world of soccer and other sports.
8:14 PM17 days ago

Here we share with you all the goals and highlights in video, of a match that was quite interesting and with two teams that went all out at the Azteca stadium.
7:58 PM17 days ago

The match ends with a win for Rayados as a visatante against Cruz Azul.
7:55 PM17 days ago

Lotti's shot in the area almost surprised Andrada but the ball went wide.
7:46 PM17 days ago

Cortizo's shot from outside the area to the near post but Corona makes a great save and sends everything to a corner kick.
7:43 PM17 days ago

Corner kick in favor of Cruz Azul that Rivero takes perfectly, Escobar wins the ball with his head and it all ends with a shot by Berterame in his own goal.
7:39 PM17 days ago

A great half turn by Berterame ends with a powerful cross shot to the far post that Corona can't save and it all ends in the third goal for Rayados.
7:37 PM17 days ago

Great play by Rivero down the left flank who leaves an opponent stranded with a great cutback and delivers a cross that Lotti heads in but can't find the goal.
7:28 PM17 days ago

A cross into the box by Rayados is cut out by Ramiro Funes Mori.
7:25 PM17 days ago

A cross into the box from the corner kick was headed to the far post by Rivero but found no one.
7:23 PM17 days ago

Yellow card for Corona for complaining to the referee.
7:15 PM17 days ago

Red card for Estrada for a double caution after a blow with his elbow to Romo's face.
7:14 PM17 days ago

A good filtered pass from González to Aguirre, who finds Funes Mori entering the far post and Rogelio sends it into the back of the net without difficulty.
7:11 PM17 days ago

Yellow card for Estrada for a foul on Medina who was trying to come out with a long ball.
7:07 PM17 days ago

Gallardo's spectacular run down the left flank and Funes' cross to Berterame tied it up for the Rayados!

The first half ends with the score tied, in a match full of emotions.
6:45 PM17 days ago

A great play by Gallardo down the left flank, he sends in a cross that Rogelio Funes Mori passes and ends with a powerful shot by Berterame that leaves Corona with no chance.
6:41 PM17 days ago

Alexis Gutiérrez's shot from outside the box challenged Andrada, who made a good save.
6:40 PM17 days ago

The selected Mexican national teams got together

A great pass from Charly Rodríguez found Antuna alone in the area and the 7-footer scored a great finish.

Gallardo's long-range shot that goes wide and passes close to the goal but wide.
6:30 PM17 days ago

A great play that ends with a filtered pass from Rodríguez to Antuna, and the latter finishes with a powerful shot across Andrada, practically alone in the area.
6:29 PM17 days ago

Berterame's shot was powerful, but the Cruz Azul goalkeeper made a better save.

Berterame's long-range shot goes straight into the hands of Corona, who makes an unproblematic catch.
6:20 PM17 days ago

A counterattacking play by Cruz Azul ends with a cross shot by Antuna, but the ball goes wide.
6:19 PM17 days ago

A well taken free kick by Poncho Gonzalez goes over the top of Orona's goal but goes close.
6:10 PM17 days ago

Antuna made a great move at speed to reach a long ball on the baseline and sent the cross into the box, but it was well cut out by the Monterrey defense.
6:03 PM17 days ago

A mistake at the start by Cruz Azul, Berterame finds space and takes a powerful long-range shot that Corona sends for a corner kick.
6:01 PM17 days ago

Rayados moves the ball and the match begins!
5:46 PM17 days ago

The visitors will also want to take the three points with these starters on the field:

The home team will take the field with the following starting 11:

They will be in charge of officiating this afternoon's match between Cruz Azul and Monterrey:

On the playing field

The Rayados team is already warming up before this afternoon's match.

This will be Rayados' uniform

This is how the visiting team will start with its first kit in blue and white colors.

Rayados goes for its first goal

The regio team was unable to score in their first home game, so now as visitors, they will be looking to hurt Cruz Azul's defense to score a goal and avoid another goalless game.
5:08 PM17 days ago

The Máquina has arrived

The team coached by Raúl Gutiérrez is already at the Azteca stadium, where they will play their first home game of the season.

In a few moments we will present the match LIVE, all the details, the latest news and much more... Stay tuned to VAVEL to know the line-ups of the match before anyone else!
2:00 PM17 days ago

In a few moments we will present you with all the details: data, statistics and the latest news of the match, as well as the best coverage that you will surely love, we will also leave you the best moments and video highlights so you can enjoy them over and over again. Stay with us!
1:55 PM17 days ago

The match will be broadcast live on television through TUDN USA and Univision.

To follow the broadcast on digital platforms, you can also find it on TUDN App.

If you prefer to follow it LIVE on the internet, remember that VAVEL USA is your best option to do so.

The visitors used these elements as starters for their last game:

This is how the home team came out to face its rival in the previous day's match:

In the first matchday of the Clausura 2023, Monterrey failed to score, however, their offensive arsenal is one of their main virtues.

Today, Rogelio Funes Mori is expected to get on the scoreboard so that the team from the north can score against a Cruz Azul team that has shown good soccer. 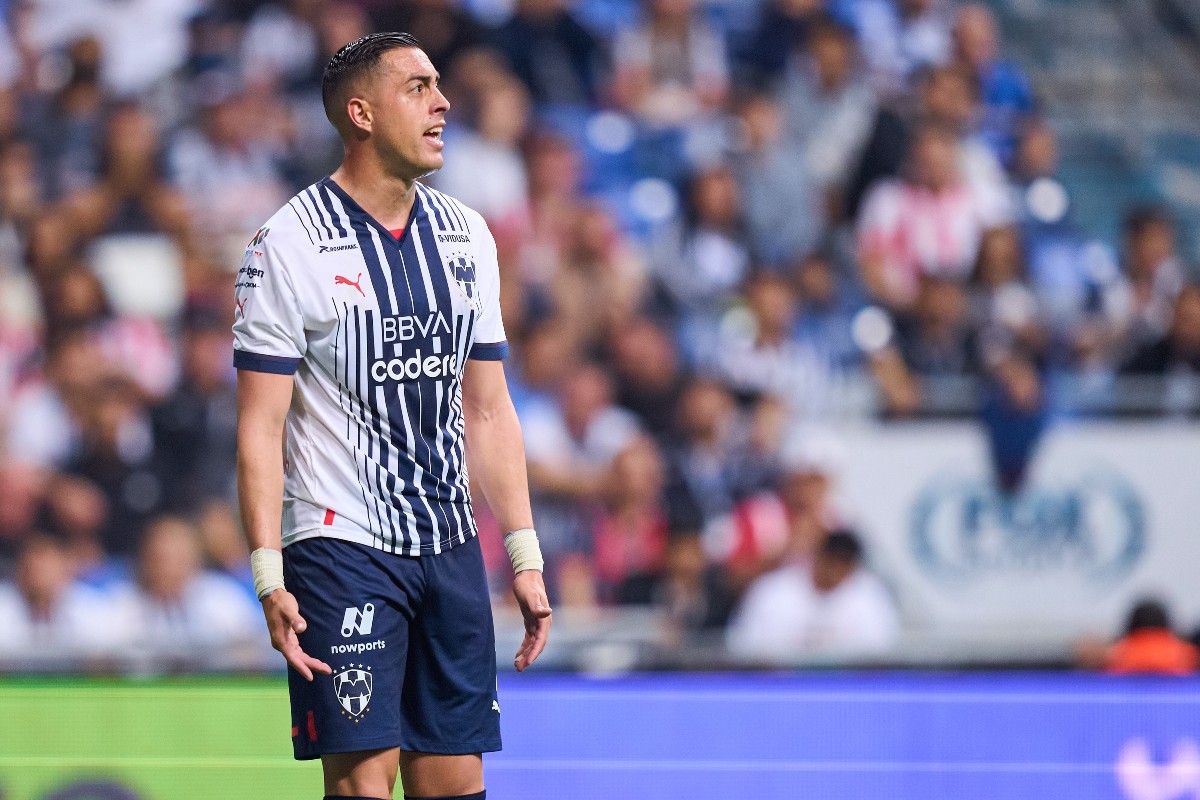 Rodolfo Rotondi has been on the lips of La Máquina fans in recent weeks, thanks to his good preseason performance and a great game in matchday 1 against Xoloitzcuintles.

He will be a key offensive player for Cruz Azul to take all three points and get past a good defense like Monterrey. 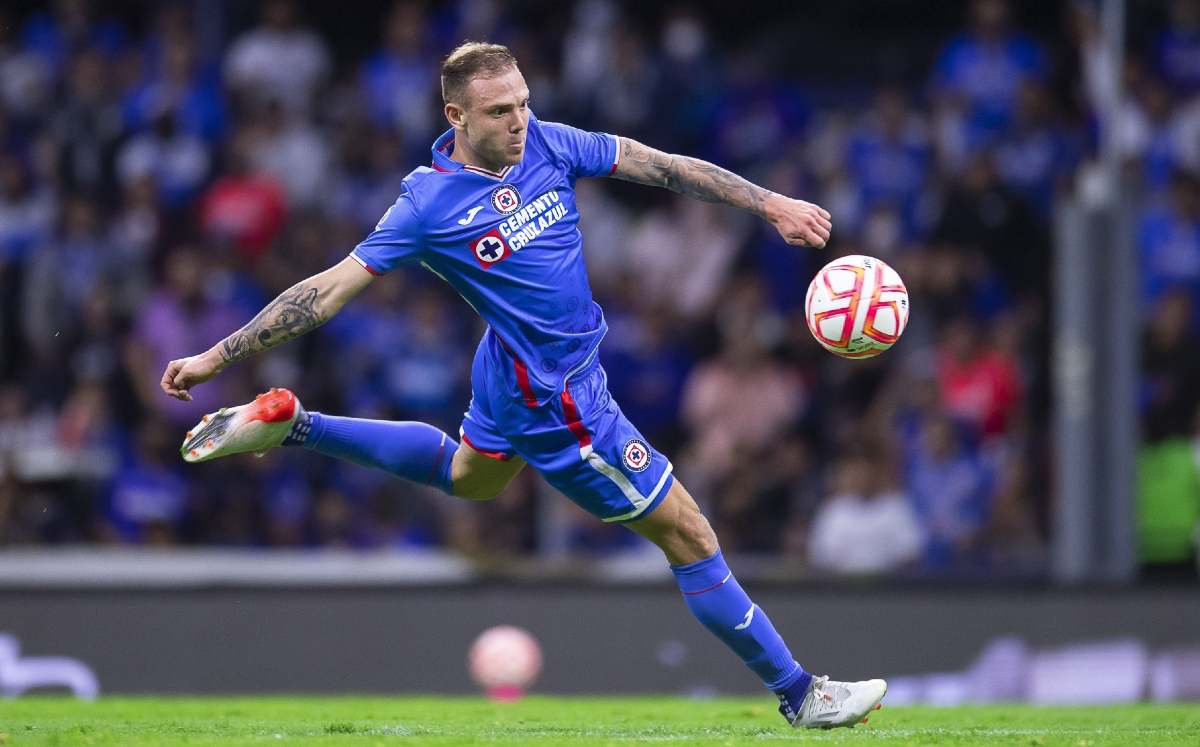 The Rayados team was defeated in its first home game, when it faced Chivas in a very even match.

It was thanks to a defensive lapse that they were able to open the scoring, with a shot by Alexis Vega from the edge of the area, to end the match with a win for the red and white team by the minimum difference.

Today, they will be looking to take the three points from a field that is very difficult for teams from the north, the Azteca stadium.

Potro Gutiérrez's team obtained a valuable draw at the Caliente stadium the previous day, when they faced Xolos.

The match ended with a 1-1 score, so today they will be looking for a victory that will give them their first three points at home and in front of their fans against a team that will not be easy to face.

The match will be played at the Azteca

The Cruz Azul vs Monterrey match will be played at the Azteca stadium, in CDMX, Mexico with a capacity of 86,000 people.

This stadium is the largest in the country, the second largest in the American continent and the seventh largest in the world. It was designed by architects Pedro Ramírez Vázquez and Rafael Mijares Alcérreca, and its construction began in 1962 as part of the project to host the 1970 Soccer World Cup.

On May 29, 1966, it was inaugurated with a friendly match between América and Torino, which ended in a 2-2 draw.

This historic venue has the peculiarity of being the only stadium where two FIFA World Cup finals have been played, and a total of 67 matches were played in the Mexico 1970 and Mexico 1986 championships.

The first final saw the consecration of Pelé as the "king" of soccer, and the second saw the consolidation of Diego Armando Maradona as a historic figure in world football.

Cruz Azul hosts Monterrey at the Azteca stadium, in a match between two teams that, with the roster they have, should be fighting for the championship next summer.

As it is the second matchday of the season, there is still a long way to go before the playoff places are defined, but a good start could be synonymous with a good tournament for both Los Celestes and Los Rayados.