Thank you so much for joining Sudan and Madagascar on VAVEL. Have a great night everyone and see you next time.
3:48 PM14 days ago

Sudan tightens at the end of the game and seeks the goal of honor.
3:32 PM14 days ago

Sudan plays in attack and got three shots in the second half. Madagascar defends itself and has a huge advantage.
3:13 PM14 days ago

Sudan started the second half on the attack.
3:08 PM14 days ago

It became a walk. Lalaina Rafanomezantsoa scored Madagascar's third in the first half.
2:31 PM14 days ago

Olivier Tokinantenaina received a pass inside the area and opened the scoring for Madagascar.
2:05 PM14 days ago

It's African Nations Championship in VAVEL.
1:35 PM14 days ago 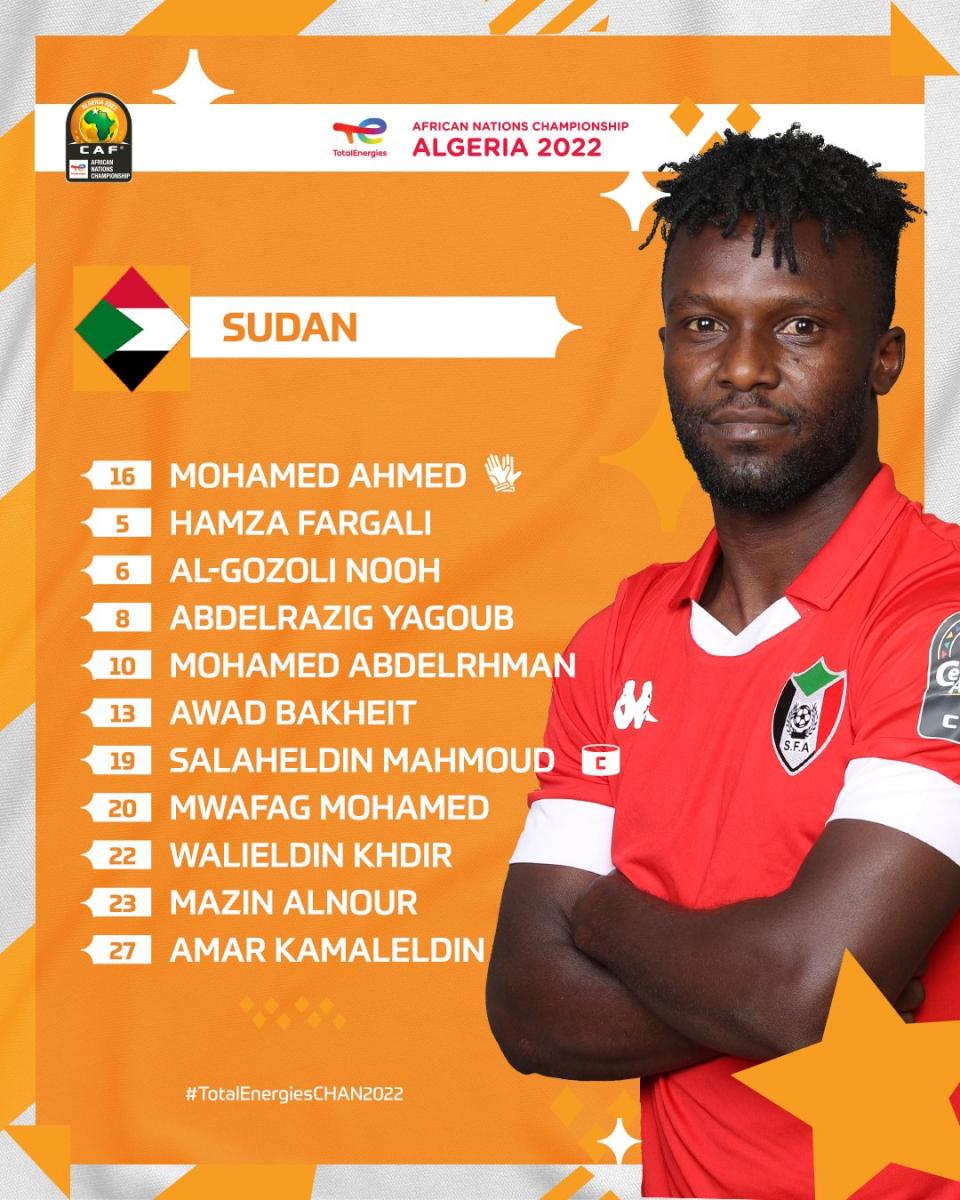 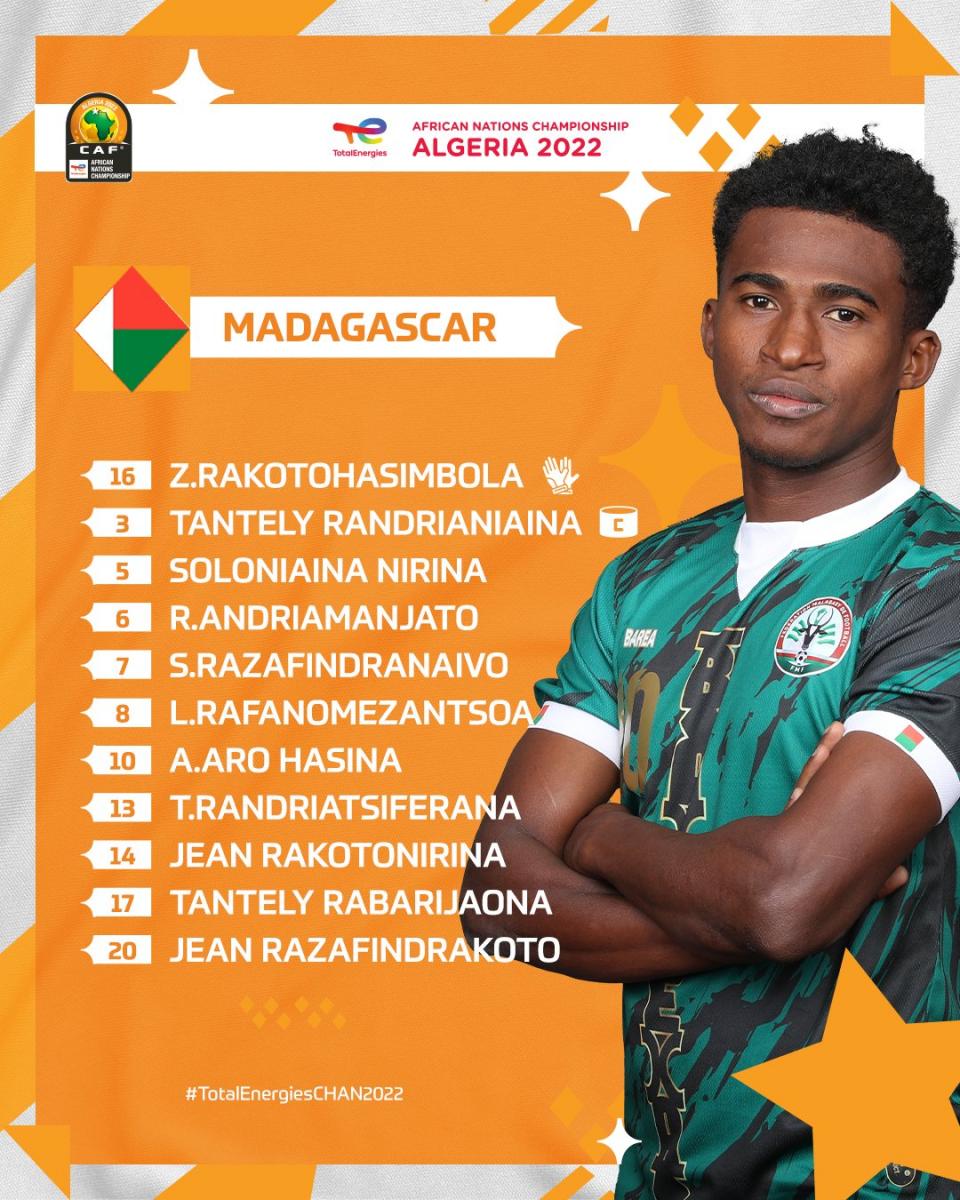 Don't miss a detail Sudan vs Madagascar match live updates and live commentary here on VAVEL
7:55 AM15 days ago

“Tomorrow’s situation;   It's pretty clear, less than a win won't be. enough. We are aiming for victory and nothing less. The players and the coaching staff know what's going on. at stake and we discuss it as a team", said Tia.

“A lot is expected of the team, and they know it. Madagascar has some very good players with good qualities, but we are equally good and we can only do so. we have to concentrate on the game and avoid making mistakes. We did our homework on them and we know exactly how we should approach this match to get the victory”, concluded the coach.

“We had a lot of unnecessary mistakes in the first game. We also created a lot of chances, but we weren't accurate in finishing, but football is good. this and we worked hard to fix this. We spent a lot of time working on those mistakes that led to defeat and we hope that tomorrow the result is in our favor", said Mohamedein.

“ any fear. We don’t want to dwell too much on the past because this is the past. a whole new game. We have respect for them and what they've done, but tomorrow is the day to come.   a different game for which we are well prepared”, he concluded.

How does Sudan arrive?

Sudan arrives for the duel with a defeat in the first game against Ghana, in addition to the canceled confrontation against Morocco. The team needs the three points to qualify.
7:40 AM15 days ago

“We won the first game, which obviously puts us in a slightly better position in the group, but there is still a lot to be done. football to play and that requires us to be at our best. There are 24 hours left for the game and we are ready, but what will be fundamental is the game. our mental strength, because they will throw everything against us. We need to be prepared physically, but more importantly psychologically, as this will be the case. The decisive factor tomorrow”, said the coach.

“We saw the team play on Thursday and they are a very strong team. They have players who can turn the game around at any time, especially the number 10 (Yousif), it's a good idea. a very good player that we have to be careful with. We will be prepared and, like them, we are looking for victory, but a draw is enough to classify us”, said Romuald.

“We prepared well for the game and we know what is going on. in Game. The team knows that we need to seek victory, but it certainly won't be possible. It’s easy. We need to trust ourselves and solidarity will be needed. fundamental. Even if they are stronger and more experienced, we know that if we are united and work together, we can reach the result”, said Tantely, confident.

How do you get to Madagascar?

Madagascar arrives for the confrontation with a victory in the first duel of the competition. A positive result can guarantee classification for the next phase.
7:25 AM15 days ago

African Nations Championship also known as CHAN, is a secondary tournament of national teams on the African continent, behind the African Cup of Nations, the famous CAN. The cup is organized every two years by the Confederation of African Football, with different organizers from the other tournament.

The first edition of the tournament took place in 2009, in Ivory Coast, when RD Congo was champion beating Ghana in the big decision. In 2011, the competition had an increase in the number of participants, where it went from eight to 16 selections.

Like the Africa Cup of Nations, the tournament has a 54-team tie. The regulation of the tournament has 16 classified selections and they play in four groups and in three duels. The top two qualify for the next stage, where a knockout is held and whoever loses is out.

Six editions of the tournament have already taken place and all in different countries. The first champion was RD Congo, who won in 2009 and 2016, being the biggest winner of the competition alongside Morocco, current champion of the cup, in 2018 and 2020.

In addition to them, Tunisia and Libya also won in 2011 and 2014, respectively. Mali and Ghana reached the final twice, but lost both times. In the last edition played in Cameroon, Tunisia defeated Mali by 2-0.

The defending champions' campaign was against Rwanda, Togo and Uganda in the group stage. In the quarterfinals, a 3-1 victory against Zambia and then 4-0 in the semifinal against the hosts. Soufiane Rahimi, player from Morocco, was the competition's top scorer with five goals and was also elected the best athlete of that tournament.

In this edition played in Algeria, the tournament runs from January 13 to February 4. Originally scheduled from 10 July to 1 August 2022,[1] CAF rescheduled the tournament to January 2023 following an announcement at an executive committee meeting held on 10 September 2020 via videoconference, citing the postponement of the African Championship of Nations from 2020 to 2021 and the Africa Cup of Nations from 2021 to 2022 due to the COVID-19 pandemic in Africa, as well as the already scheduled 2022 FIFA World Cup in November-December 2022.

There will be four stadiums: Nelson Mandela Stadium, in Algiers, Miloud Hadefi Stadium, in Oran, Mohamed Hamlaoui Stadium, in Constantine and 19 May 1956 Stadium, in Annaba, the largest of which has a capacity for 58,000 fans.

In 2023, the competition will feature great teams that have players who play in the top five leagues in Europe and with rosters full of stars, such as Algeria itself, Ivory Coast, Senegal, Ghana, Mali, Cameroon and Morocco, which arrived in semifinal of the World Cup in Qatar, eliminating powerful teams like Belgium, Spain and Portugal, falling only to France, World Cup runner-up.

The game will be played at Stade Mohamed-Hamlaoui

The Sudan vs Madagascar game will be played at Stade Mohamed-Hamlaoui, with a capacity of 40.000 people.
7:15 AM15 days ago