It's over! Neither Real Madrid nor Sociedad manage to open the scoring and they draw.
4:51 PM4 days ago

Kubo is encouraged to shoot at goal, but the ball remains in the hands of Courtois.
4:49 PM4 days ago

Asensio takes a free kick, but the ball crashes into the wall.
4:44 PM4 days ago

Good intervention by Militao who sweeps in to prevent danger being created.
4:33 PM4 days ago

Courtois comes out cutting the play where Navarro was looking for his goal.
4:28 PM4 days ago

Navarro's shot, but Courtois ends up holding the ball.
4:25 PM4 days ago

Kubo's shot on goal, but it does not generate any danger.
4:14 PM4 days ago

Real Sociedad substitution. Oyarzabal and Méndez are replaced by Marín and Navarro.
4:11 PM4 days ago

A powerful shot by Valverde, but the ball goes wide.
4:04 PM4 days ago

The match restarts in Madrid, the ball rolls for the second half.
3:49 PM4 days ago

Halftime, nothing for anyone at Real Madrid's stadium.
3:42 PM4 days ago

Great play between Rodryog and Vinicius, but they fail to reach his pass and the chance is lost.
3:34 PM4 days ago

Goalkeeper! Rémiro sends a powerful shot, but Remiro prevents the ball from going in.
3:32 PM4 days ago

Powerful shot at Courtois' goal, but the ball goes just past the post.
3:26 PM4 days ago

Valverde began to generate danger, but Oyarzabal ended up intercepting a dangerous ball.
3:16 PM4 days ago

Close! Great play by Vinicius who ends up entering the box and sending his ball wide.
3:12 PM4 days ago

Benzema's pass generated a lot of danger, but Zubeldía ended up intercepting the ball.
3:06 PM4 days ago

Both teams are already on the field, ready to warm up before the start of the match.
2:47 PM4 days ago

Real Madrid is already at the stadium, looking for more victories to advance in the standings. 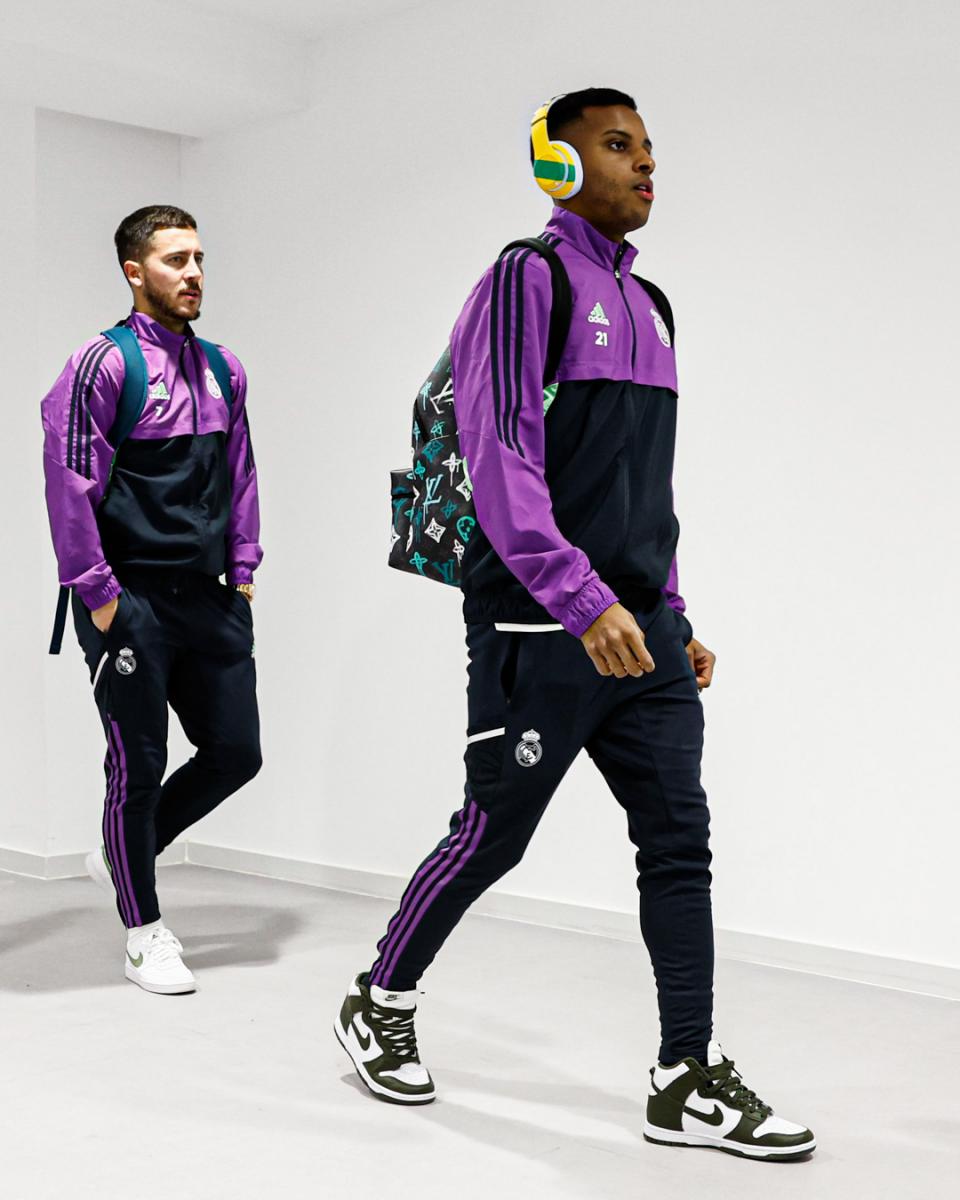 Real Sociedad is already at the Santiago Bernabéu, the team will go all out to get three points in this complicated stadium.
2:37 PM4 days ago

Mario Melero López will be in charge of ensuring that justice is correctly dispensed during the 90 minutes of this important match.
2:32 PM4 days ago

Real Madrid has to pay a lot of attention to Sorloth, the striker will go all out to score points in this match as well as goals.
2:27 PM4 days ago

Real Sociedad comes into this match on the back of five consecutive victories, so they will be going all out for more points.
2:22 PM4 days ago

Real Madrid have gone six games without defeat against Real Sociedad, so they will be going all out to continue this streak.
2:17 PM4 days ago

Real Sociedad will be completely dependent on what Karim Benzema does, the striker will go all out to continue scoring points that will bring him closer to the top steps.
2:12 PM4 days ago

We are back for the minute by minute of the match between Real Madrid and Real Sociedad. We will soon share with you the most relevant information about each team, as well as the starting lineups.
2:07 PM4 days ago

In a few moments we will share with you the starting lineups for Real Madrid vs Real Sociedad live, as well as the latest information from the Santiago Bernabeu Stadium. Keep an eye on the action with VAVEL's minute-by-minute live online coverage of the match.
2:02 PM4 days ago

Real Madrid vs Real Sociedad can be tuned in from the live streams on the ESPN App.

What time is the match of Real Madrid vs Real Sociedad, matchday 19 of LaLiga?

This is the kick-off time for the Real Madrid vs Real Sociedad match on January 29, 2023 in several countries:

"They also said it last year. We have soccer. Sometimes we do it well and sometimes less so. Madrid has a clear identity. For the simple reason that they want to have it. We are a team that knows how to do many things, not just one. And I like that.

"I've seen Vinicius well. He has done a very hard job. He's made mistakes, he's missed, he's run, but the end has scored."

"The 4-2-3-1 is a system I like, especially defensively. Sometimes Modric has played there as a playmaker, sometimes Asensio, sometimes Rodrygo. He likes it, it's ideal to play behind the striker. We are thinking about it. In many games we have played like that.

"His job is very complicated. It seemed that with the VAR it could help. There is no more talk about offside, for example. But everything that is not objective can create controversy. The corruption of the 80s or 90s is gone. In general, refereeing has improved a lot in Europe."

"The first part was good, he was called up by Spain. Now he is coming back from an injury he has had. As always we trust him because he is very reliable and has a lot of experience. He will contribute in the second part of the season. He will be available for the next game. Like Alaba and Tchouaméni, they will be against Valencia."

"I see Militao doing very well, and with room for improvement. He is one of the best central defenders in the world. When he's focused, he has everything: ball movement, one-on-one, he's fast, forceful, aggressive.... He's one of the best there is.

How are Real Sociedad coming along?

Real Sociedad lost to Barcelona by the minimum in the Copa del Rey, leaving them out of the competition, as well as beating Rayo Vallecano in LaLiga. 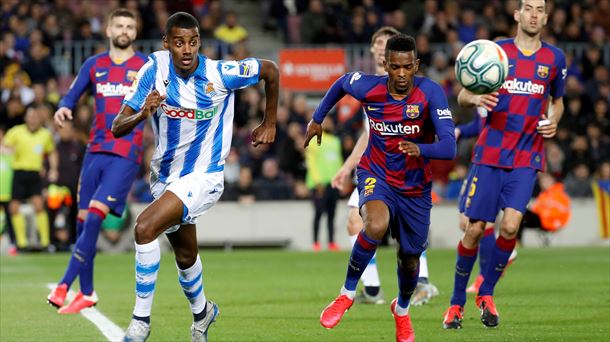 How does Real Madrid arrive?

Real Madrid arrives to this match after beating Atlético de Madrid in the Copa del Rey, leaving them out of the semifinals of this important competition. In addition, in LaLiga they defeated Athletic with a score of two goals to zero. 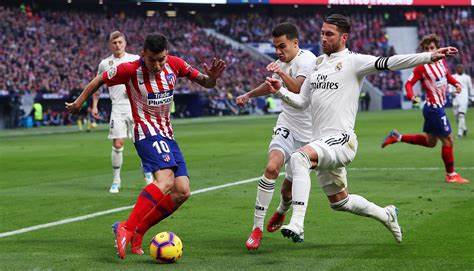 The match will be played at the Santiago Bernábeu Stadium.

The Real Madrid vs Real Sociedad match will be played at the Santiago Bernábeu Stadium, located in Madrid, Spain. The stadium has a capacity for 40 000 people.
1:32 PM4 days ago

Welcome to the Real Madrid vs Real Sociedad live stream, corresponding to Matchday 19 of LaLiga. The match will take place at the Santiago Bernabéu Stadium at 15:00.