It's over! Barcelona adds a new victory in LaLiga and stays at the top.
4:53 PMa day ago

It's going! Carvalho will not be able to play in the match due to a red card.
4:52 PMa day ago

Busquets prevents Canales from shooting at the blaugrana goal.
4:43 PMa day ago

Goal, goal, goal for Betis! Koundé tries to control the ball, but ends up sending it into his own net.
4:43 PMa day ago

Goal, goal, goal for Barcelona! Lewandoksi gets in a cross to score the second.
4:32 PMa day ago

Lewandoski's shot, but the ball is not dangerous.
4:23 PMa day ago

Goal, goal, goal for Barcelona! Baldé's cross, Raphinha takes advantage of the ball and pushes the ball to put the first at the far post.
4:20 PMa day ago

Double change for Betis. Guardado and Juanmi come on for Carvalho and Fekir.
4:17 PMa day ago

A back and forth game, Betis began to have more chances.
4:13 PMa day ago

Raphinha reached the end line, but fails to reach the opponent's goal.
4:04 PMa day ago

The second half kicked off at the Villamarín stadium.
3:47 PMa day ago

Lewandoski's cross for Gavi, the home-grown player shoots at goal, but the ball crashes into the defense.
3:39 PMa day ago

Goalkeeper! Pedri sends a shot at the home goal, but Silva prevents the first goal from going in.
3:39 PMa day ago

Offside! Raphinha put in the first, but the player was completely out of position.
3:29 PMa day ago

Barcelona has a lot of arrivals, Betis is looking to rearrange its pieces, looking to avoid this.
3:18 PMa day ago

Fekir arrived dangerously, but failed to finish his move.
3:12 PMa day ago

A back-and-forth match, both teams are looking for the opponent's goal.
3:02 PMa day ago

Both teams take the field for warm-ups prior to the start of the match.
2:45 PMa day ago

Both Betis and Barcelona are already at the Benito Villamarín, and will be looking to give a good performance and make it three points in this match.
2:40 PMa day ago

Héctor Bellerín was released from Barcelona, the player left to Sporting de Portugal and will not continue playing in the Spanish competition. 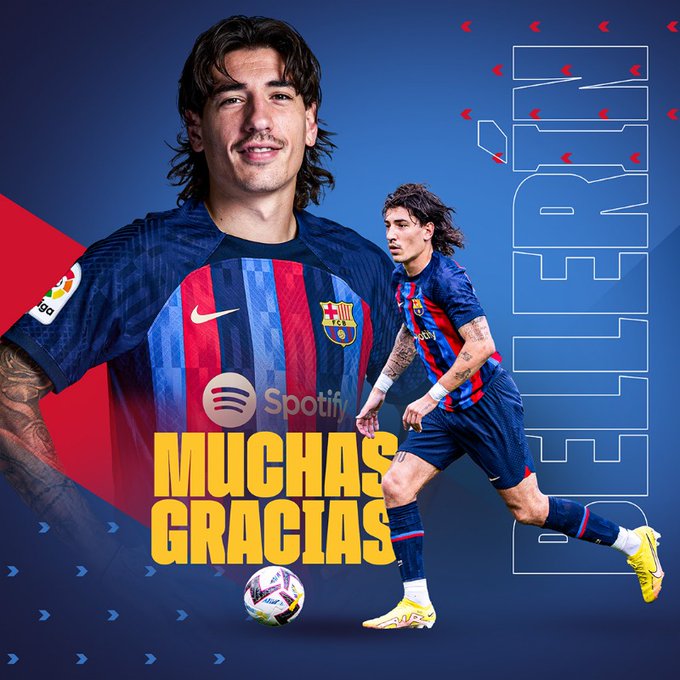 Borja Iglesias is the player to watch for Betis, the striker will go all out to score goals and look for the win.
2:30 PMa day ago

Andrés Guardado will not start the match, the Mexican will be on the substitutes' bench waiting for an opportunity from Pellegrini.
2:25 PMa day ago

After three suspended matches, Robert Lewandoski will be back in LaLiga, the striker will start the match.
2:20 PMa day ago

Betis have won only two of the last 22 matches between these two teams, so they will be going all out to break this bad streak.
2:15 PMa day ago

Away, there has only been one game in which Barcelona has failed to score in these duels against Betis, so they will be looking to continue this positive streak.
2:10 PMa day ago

We're back for the minute-by-minute coverage of the Betis-Barcelona match. We will shortly share with you the most relevant information, as well as the confirmed line-ups.
2:05 PMa day ago

Stay tuned to follow Inter vs Atalanta live on TV

In a few moments we will share with you the starting lineups for Inter vs Atalanta live, as well as the latest information from the Benito Villamarin Stadium. Keep an eye on the action with VAVEL's minute-by-minute live online coverage of the match.
2:00 PM2 days ago

Where and how to watch Betis vs Barcelona live online

Betis vs Barcelona can be tuned in from the live streams on the ESPN App.

What time is the match of Inter vs Atalanta, matchday 19 of LaLiga?

This is the kick-off time for the Betis vs Barcelona match on February 1, 2023 in several countries:

Xavi spoke ahead of the match: "This game is very useful for us. Pellegrini varies his system very little. It works very well for him in the teams he's played for. They are one of the best teams with the ball in LaLiga. Without the ball they do very good things. They have differential players. Pellegrini is doing a fantastic job. In the Super Cup it cost us a lot. Tomorrow, in their stadium, it will be difficult for us. It will be key tomorrow to have the ball, attack and press. They are an opponent that can subdue us".

"We're keeping an eye on fair play. Héctor has asked us to leave because he wants to play more. We thank him. He hasn't made a bad face. With the departure of Héctor, Memphis and the loss of Piqué, we believe that a reinforcement would be good for us. We are open to an addition.

"Whatever comes in, we want it to be a real reinforcement. We don't want it to be in a hurry. If it's not a good alternative, nothing. Since we don't need anything at all, we'll take it easy. We are fine.

"The team needs to generate more things in attack. To be more decisive in three quarters of the field. Not only him. It's something we lacked in Girona. We need more daring, not to be afraid of losing the last pass. The whole team lacks that. I have a lot of faith in him. He doesn't have bad numbers.

"It's still early. He comes to train because we want to see him and we were missing a player. He doesn't come called up."

"I'm not looking at the market. I'm keeping an eye on Betis. We can get to within eight points of second place. That's what I'm focused on.

"I would say it's the matches. We've played some really difficult games. With very defensive opponents, with very strong central defenders. The other day they played a great game, with pressure after loss, intensity. That's the positive thing. To see him again with tremendous intensity."

"Dembélé is a sensitive and important loss. He generated a lot of chances for us in attack. It's a difficult loss to make up for. We will try not to make it noticeable. There are plenty of players to make up for him".

"If we take the last six or seven, I think we have been very good in four and in the other two we were not good. The day of Espanyol we played a great game and drew. In Girona we were weak in attack and we won. Our goal is to always play like we did in the 3-1 Supercopa win".

"Now every game is a final. We have to go out with the intensity of Girona, but better in attack. We have to try more things.

"It's a really complicated visit. It's always difficult to get points. Last year we won in stoppage time".

How is Barcelona coming?

Barcelona recently reached the semifinals of the Copa del Rey, and in their last match they beat Girona by the minimum, with the goal of continuing to move away from the first position. 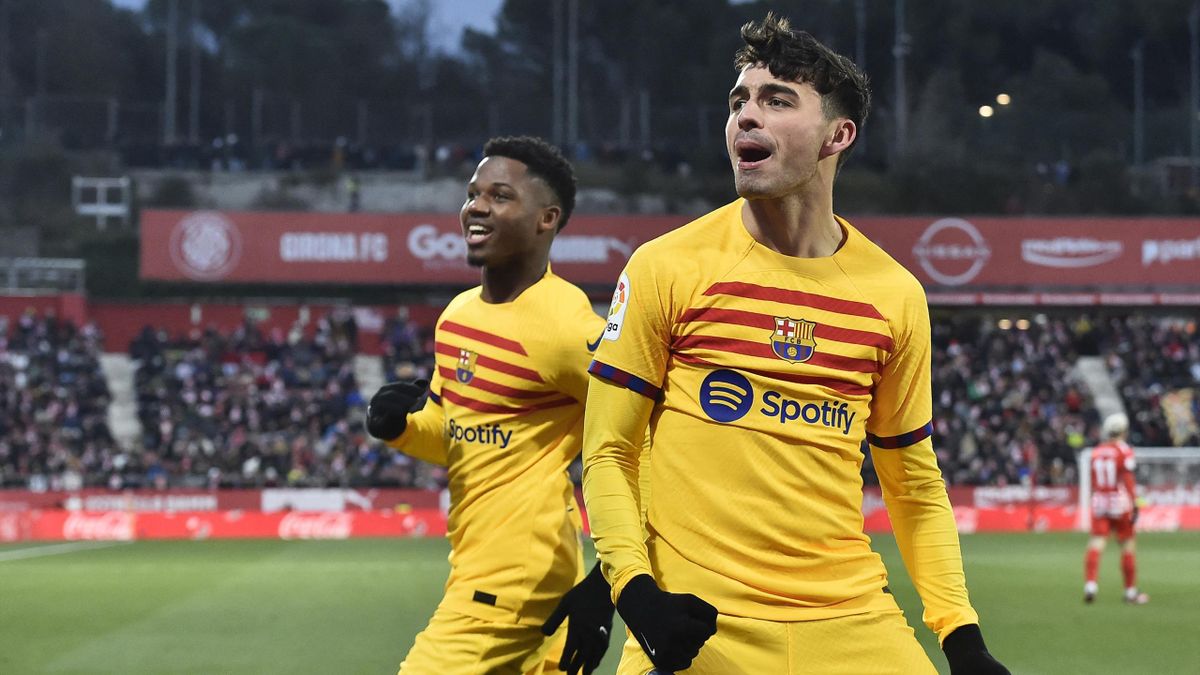 How does Betis arrive?

Betis arrives to this match after winning three points in its last match of this competition after defeating Getafe by the minimum, so it will go with everything to continue in the same tone. 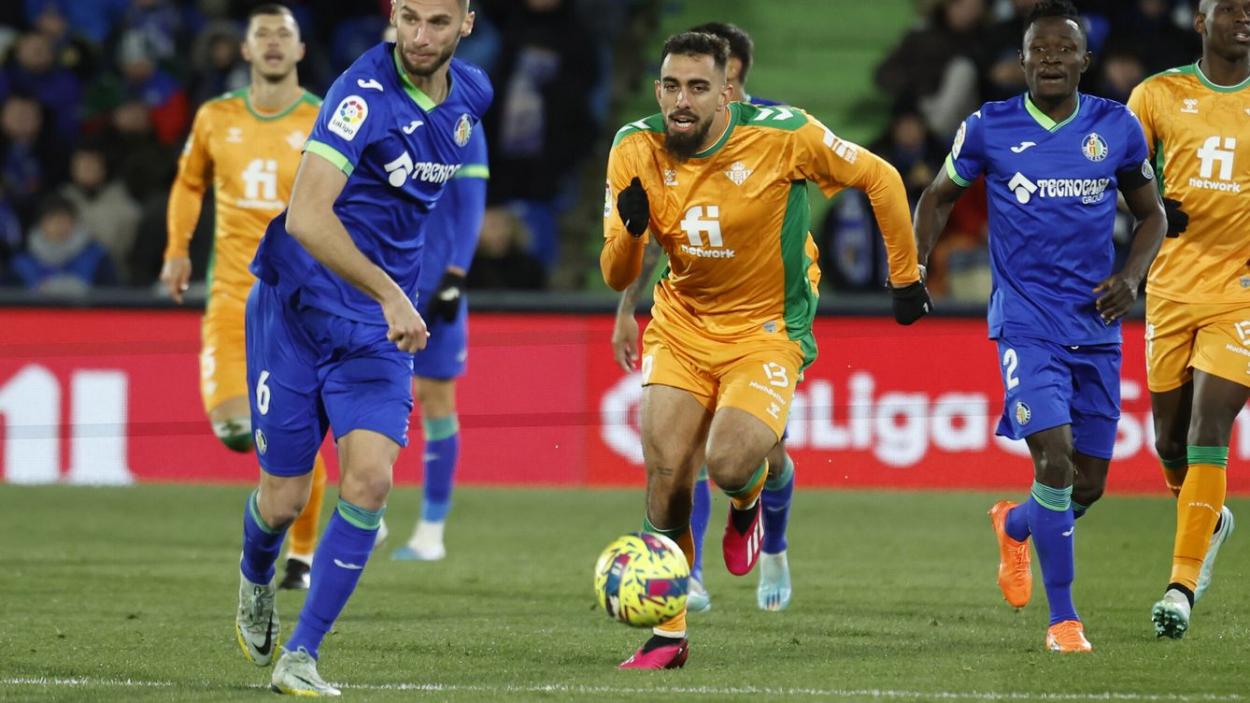 The Betis vs Barcelona match will be played at the Benito Villamarín Stadium, located in Seville, Spain. The stadium has a capacity for 40 000 people.
1:30 PM2 days ago

Welcome to the Betis vs Barcelona live stream, corresponding to Matchday 19 of LaLiga. The match will take place at the Estadio Benito Villamarín, at 15:00hrs.