Roberta Vinci proved to be too strong for Ana Ivanovic and was the first finalist of the day, while Daria Kasatkina’s dream road ended after losing in straight sets to the top seed, Belinda Bencic, and top seeded doubles team Martina Hingis and Sania Mirza reached another final. That's what happened at Day Seven at the St. Petersburg Ladies Trophy.

The first semifinal of the match was an interesting clash between former world number one, Ana Ivanovic and last year’s US Open finalist, Roberta Vinci. The Serbian lead the head-to-head, and had been playing very solid tennis this week, but this time, she would face a different player than the one she faced in 2013 when their last meeting was played, resulting in a win by the Serbian. Ivanovic started the match strong, getting a break at Vinci’s first service game. The Italian started forming her comeback, winning an amazing rally that ended with a passing shot. She completed the break with a winner forehand. Both players held their services for five more games, but it was at a very nerve racking moment when Ivanovic faded and the Italian won four straight points to get a huge break. After 45 minutes, Vinci closed out the set 7-5.

Both players started the second set holding their serves without any trouble. However, it was the Italian who improved more, increasing her first serve from 59% to 72% and winning twelve out of seventeen points on her first serve. The Serbian made four mistakes in the seventh game of the match to hand the lead to Vinci. That break was enough for Italian, who faced a break point while she served for the match, to defeat Ana Ivanovic 7-5, 6-4 to book a place in the final. Take a look to the full recap of this match. 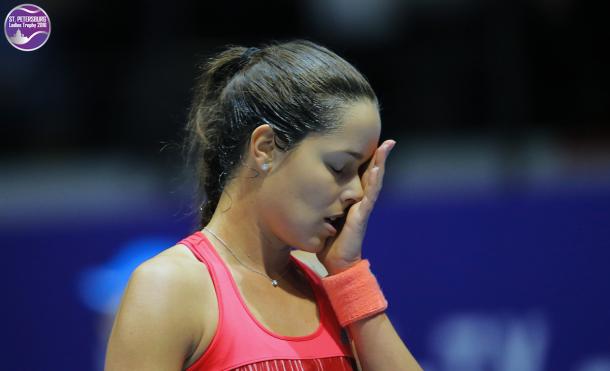 The top seed hasn’t disappointed in St. Petersburg, reaching to her sixth career final after defeating Russia’s promising young player, Daria Kasatkina 6-4, 6-3. The Russian came from winning important matches in which she was the underdog and planned to cause another upset to make it to her first final, but Bencic made sure to had a strong start of the match, breaking Kasatkina in the first game of the match. It had been seen in the last matches that Kasatkina wasn’t a player that gave up easily and she showed it again when she came back and broke Bencic’s serve after the Swiss’ backhand hit the net. In the sixth game, Bencic had to play a difficult game where Kasatkina had three break points, but the Swiss saved them all to be 3-3. A long ball would give Bencic the lead and the chance to close the set on her serve. Bencic got an easy hold, winning the set 6-4.

In the second set, the Russian would have again three chances to break but just like the time before she was not able to convert them. That was not the same scenario for the Swiss who only needed one break point to lead the set 3-2. While she was serving for the match, Kasatkina made an attempt to come back to the match after having one break point, but Swiss held her composure and the game. The second break of the set came at the worse time for Kasatkina who was serving to stay in the match. With a scoreline of 6-4, 6-3, Belinda Bencic secured her pass to the final. To read more about this match, check out the full recap. 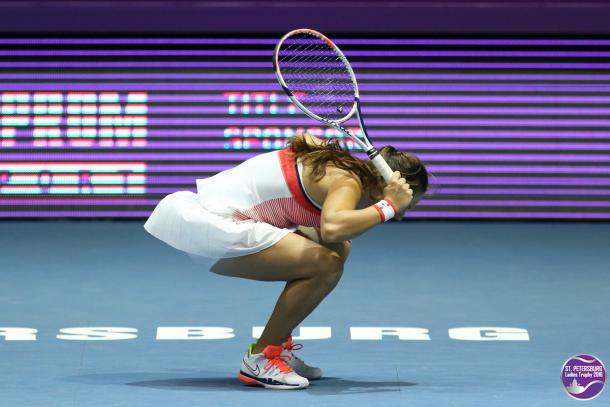 The first ever final at the St. Petersburg Ladies Trophy has big names on it. On one side there’s the top seed and young star, Belinda Bencic. Last year, the 18-year-old player from Switzerland scored big wins, including upsetting world number one, Serena Williams in Toronto where she would later win the tournament. Italy’s Roberta Vinci also had an amazing 2015, reaching her first ever Grand Slam final after also defeating Serena Williams in the semifinals, she ended up losing the championships to countrywoman, Flavia Pennetta.

To make this match even more interesting, this will be the first time both players meet. Bencic is aiming to get her third career title while Vinci will try to get her tenth WTA title. Here’s the full preview for this match.

In doubles action, Martina Hingis and Sania Mirza scored their 39th straight win to reach the big final where they will meet Vera Dushevina and Barbora Krejcikova. They defeated Spanish duo, Anabel Medina Garrigues and Arantxa Parra Santonja 7-5, 6-7(6), 10-6 after almost two hours of play. It was a grueling match for the top seeds as they threw away chances to close the first set at 5-4. The Spaniards had a lead of 5-1 in the second set, but the number one team in the world won the next four games to level things up 5-5. The second set would be decided in a  very fought tiebreak where the top seeds held two match points, but the Spanish duo came back and won the following four points to win the second set. SanTina won the first four games of the match tiebreaker, but the Spanish team was threatening to come back. A good serve from Hingis gave the top seeds three match points, which Martina Hingis converted with an amazing cross court backhand shot to seal a hard-fought three set victory. 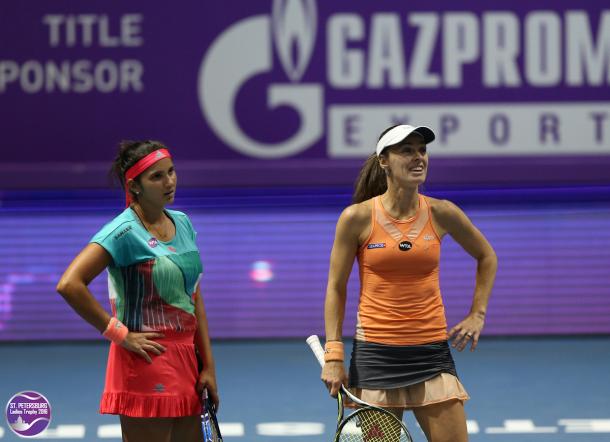 Cologne ATP tournament to no longer have fans 9 days ago
Restore your password
Please enter your user name or email.
Login Member or Writer Panel
Enjoy your own Customized Newspaperwith VAVEL topics' carousels!