Following a first round loss in Madrid, Eugenie Bouchard was in desperate need of a strong win at the Internazionali BNL d'Italia and she got one when she defeated former world number one, Jelena Jankovic in three sets. It was an even match, both had their share of unforced errors that cost them at crucial moments, however, Bouchard prevailed and won 6-4, 2-6, 6-3 in an almost two hours match.

Bouchard Takes the First Set Against a Very Inconsistent Jankovic

It was a shaky start for the Canadian who did three unforced errors and a double-fault to hand the break to the Serbian. Bouchard didn’t waste time to find a way to recover from that first game and broke Jankovic to level at 1-1. Both players were able to hold their serve in the following games until Jankovic stroke again getting another chance to lead the match. The longest game of the first set happened under Jankovic’s serve when Bouchard quickly grabbed a lead that gave her three break points, all were saved by the Serbian, however, Jankovic’s efforts were not enough when Bouchard broke after a double fault from Jankovic.

The errors from the Serbian continued while the Canadian kept improving. At 3-4, the Serbian once again faced two break points, but this time was able to save them and managed to keep the score at 4-4. All the tension relied on Jankovic who needed to have a good serve game to stay in the set. Unfortunately for the Serbian, her serve was not on point and she served two double faults in a row to give the first set to Bouchard.

​Jankovic Forces the Match into a Decider

The second set didn’t start differently both players lost their serve in what was the start of a break fest. This time, the Canadian was not able to comeback as she lost her serve again to give the Serbian an early lead at 3-1 after she managed to win her serve game. The mistakes continued for the Canadian who after winning the first set could not find her game again and Jankovic didn’t hesitate to take advantage of all the errors of her opponent and getting a two break lead in the second set.

Bouchard showed signs of life and got one break back, but it was too late as Jankovic’s confidence was on the rise and immediately broke Bouchard. As Jankovic served for the second set, she had to overcome the potential come back from the Canadian who had three break points but wasn’t able to convert, forcing the match to be decided in three sets.

Bouchard Prevails and is into the Second Round 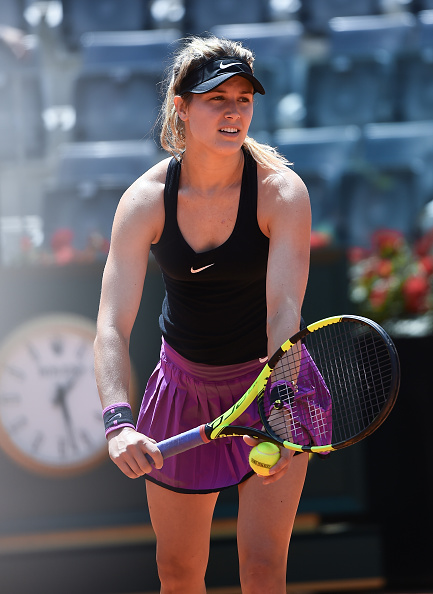 After a display of tennis full of mistakes, the Canadian began to redeem herself holding her serve to love and onward to break Jankovic to love as well. It was a great start for the Canadian who already had an early advantage of 3-0.

At 3-1, Jankovic hit an aggressive return that forced Bouchard to hit the ball to the alley and hand the chance to come back to Jankovic who now needed to win her serve to level things. The Canadian proved that the previous game had been just a slip, along with her aggressive game and the inconsistency of her opponent, Bouchard got the break back and lead 4-2. It was too late for the Serbian who played her best tennis at the end of the match, but Bouchard was one game away from the second round. Jankovic pushed the Canadian, but she kept her head cool and only needed one match point to grab the victory from the former world number one.

Bouchard will take on second seed, Angelique Kerber in what will be the fourth meeting between both players, but this being the first in a non-Grand Slam tournament. The Canadian has won their last two encounters both in 2014, the last being at Wimbledon where she won in straight sets. This second round match is also their second meeting on clay, Bouchard beat the German 6-1, 6-2 at the French Open in 2014.

ATP Rotterdam first round preview: Stan Wawrinka vs Karen Khachanov a day ago