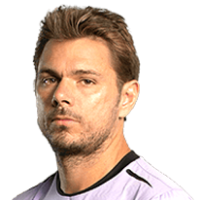 Andy Murray is through to his first French Open final after defeating defending champion Stan Wawrinka in four sets on an overcast day in Paris. Contesting his fourth French Open semifinal, Murray was aggressive and controlled the pattern of play well, emerging victorious 6-4, 6-2, 4-6, 6-2 to reach the one major final he had yet to reach.

Murray found himself under pressure on serve in his first service game, being forced to battle through five deuces and save a break point before holding. He bounced back immediately on Wawrinka’s serve, racing ahead 15-40 and converted by drawing an error from the defending champion. Murray was forced to recover from a 0-30 hole when trying to consolidate the break, but he reeled off four straight points for a 3-1 lead.

After trading holds, the world number two had a chance for a double break in the seventh game, holding two break points, but Wawrinka saved both to keep the set within a break. But despite holding three break points while Murray was serving for the set at 5-4, the defending champion was unable to even the set and the Scot held after four deuces to seal the opening set 6-4.

Early on, the second set followed a near identical pattern to the first. After both men held to start the set, this time very easily, Murray would break in the third game for the early lead. This time, the Scot broke to love by forcing three straight errors out of Wawrinka before the Swiss missed a backhand at 0-40. Two games later, Murray once again fought to break point, missing the first at 30-40 but ripping a backhand winner at 40-AD for a double break lead. The world number two consolidated with a hold to love and a 5-1 lead. Wawrinka would hold to stop his opponent’s five-game run, but Murray would hold with ease to put himself within a set of his first Roland Garros final.

The pattern nearly repeated for a third time, when after both men held their first service games, Murray raced ahead 0-30 on Wawrinka’s serve and held a break point at 30-40. But this time, the Swiss was up to the task, saving the break point with a big serve and going on to hold. Despite the set going with serve, Murray was the player in control. The Scot controlled most of the rallies, dominated his own service games, and did not even hit an unforced error until the ninth game.

The set would go routinely with serve until Murray found himself serving to stay in the set at 4-5. The Scot cruised to a 40-15 lead, but his strong form that he had experienced throughout the set abandoned him and hit three straight forehand unforced errors to give Wawrinka a set point at 40-AD. On set point, Murray had a chance to save it with an overhead, but hit it right back to Wawrinka and as the rally went on, the Scot dumped a backhand into the net to give Wawrinka the fourth set.

There was no carryover of momentum for Wawrinka, as he quickly fell behind 0-40 on his own serve in the first game of the fourth set. The Swiss saved the first two but drove a forehand long on the third to give Murray and immediate break to start the fourth set. After holding, the Scot had a chance for a double break lead, but on both break points he sent shots long and Wawrinka went on to hold.

Murray would keep the pressure up and raced ahead 0-40 again in the seventh game. A wild forehand from Wawrinka on the second gifted Murray the break and a 5-2 lead. Serving for the match, the world number two made no mistake, holding to love to reach his first French Open final.

Murray was fantastic on serve, winning 79 percent of his first serve points and saving four of five break points. He also managed 61 percent of his second serve points. Wawrinka was the far more aggressive of the pair, nearly doubling Murray in winners 41 to 25, but he also gave away almost twice as many points, hitting 43 unforced errors to Murray’s 22. The Scot’s secret weapon on the day was his net play, as Murray won 19 of 23 points when he attacked the net.

In the final, Murray will look to deny world number one Novak Djokovic of a career Grand Slam in the pair’s 34th meeting. By facing each other in the final of the French Open, Murray and Djokovic become only the second pair to play each other in all four major finals.