Third seed Kristina Mladenovic went up against Yaroslava Shvedova in the first round at the Ricoh Open. Mladenovic was looking to start her grass campaign with a win against the Kazakh who had previously beaten her in 2011.

It was a slow start by the Frenchwoman who was perhaps still feeling her way on grass having competed on clay just a couple of days ago. She managed to find her way back to edge a topsy-turvy first set. She was again down early in the second set, but eventually was able to pull through for a straight sets victory.

The Frenchwoman struggled in the early stages of the match and was made to pay with her inconsistent and poor serving. An untimely double fault set up break point for Shvedova before a splayed forehand handed an immediate break to the Kazakh. Shvedova consolidated with ease for 2-0. She was piling on the pressure on Mladenovic who was finding it hard to close out her service game. Shvedova found another chance to break but was stopped short by an ace from the Frenchwoman. Finally, Mladenovic got off the mark with an important hold for 1-2.

It was the Kazakh who seemed to be having an easier time on serve but Mladenovic was growing into the game and carved out her first chance to get the break back in the sixth game. Shvedova stayed firm smashing a winner to save the break point. Mladenovic then sent a delightful lob to set up another break point. And again the Kazakh was able to save, this time with a good serve. Mladenovic eventually converted her third break point to level the set 3-3.

However, errors were flying off the Frenchwoman’s racket as she went down a break once again handing Shvedova a 4-3 lead. The match was turning into a cat and mouse game by now as Mladenovic broke back for 4-4. Only this time, the Frenchwoman held her serve with relative ease to edge in front 5-4 for the first time.

An overcooked forehand from Shvedova, who was serving to stay in the set, handed Mladenovic with set point. However, the chance disappeared as Shvedova did well to rescue it. The Kazakh was fighting hard to hold on but faltered, in the end, allowing Mladenovic to capitalize on her third set point to take the set 6-4.

Mladenovic shrugs off errors and finds a way

The Frenchwoman got off to a solid start in the second set by holding her game to love. Shvedova had to battle for some time as she struggled to close her game but eventually did enough for 1-1. It was the Kazakh who drew first blood capitalizing on a poor game from Mladenovic to take a 2-1 lead. And just like in the first set, the break does not last for long as the third seed converted to get back in the set at 2-2. 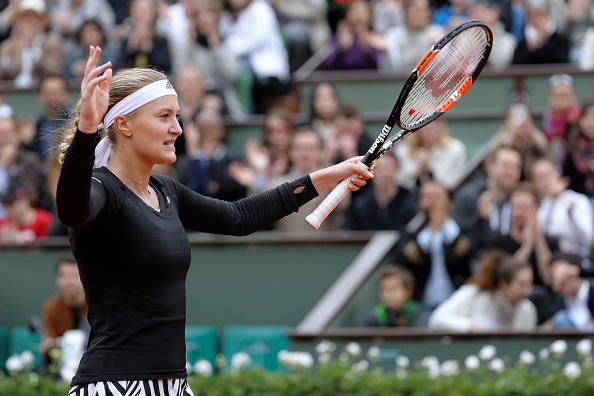 Shvedova was attacking the Frenchwoman’s weaker second serves well but Mladenovic managed to hang on to edge 3-2. Both players held on to their service games until the seventh game when Shvedova made a couple of errors to give Mladenovic double break point opportunity. Both chances were fended off with some big serving from the Kazakh. However, Shvedova was unable to handle an awkward return from the Frenchwoman and subsequently hit an unfortunate double fault to gift the break and a 5-3 lead to Mladenovic. The third seed promptly sealed the match on her third match point to advance to the second round.

French Open Qualifiers Day 1: What To Watch For 6 days ago