After an impressive first round match, Caroline Wozniacki continued to impress at the ASB Classic as she booked her spot in the quarterfinals following her 6-3, 6-3 win over Varvara Lepchenko. The Dane had weak starters at the start of both sets but was able to focus again and come back. After the withdrawal of Venus Williams and the shocking defeat of Serena Williams, Caroline Wozniacki is now the favorite to win the title.

Wozniacki overcomes a slow start to take the opening set

It was not the desired start for the Dane who after facing two break points she conceded her serve after an unforced error to give Lepchenko the early lead. The American quickly went down on her serve, handing Wozniacki a chance to break back but saved it with a great second serve. However, the Dane came back and took her chances to recover that first break and level things at 1-1. After a shaky first service game, the Dane seemed to have found her pace as she began to hit wider angles forcing her opponent to make the mistake. A great first serve helped the Dane to hold her serve. After losing the advantage to an improving Wozniacki, Lepchenko stayed focused and after some amazing rallies was able to hold her serve to tied the scoreboard at 2-2. But after that shaky start, Wozniacki had found her pace and only kept improving winning her serve to love to go up 3-2.

The Dane had forgotten that first game as she reached every ball only to end the point hitting an impossible angle for Lepchenko to reach. After conceding a double fault, the American found her way back after an amazing serve that gave her game point but a long ball forced a deuce. A backhand down the line gave Wozniacki another chance to break, this time to go ahead on the scoreboard. Lepchenko yielded her serve after a forehand unforced error. Leading 4-2, Wozniacki consolidated the break with some help from her opponent’s mistakes to be one game away from taking the first set. The former world number one got a set point but a backhand unforced error saved the American who eventually would hold her serve to stay in the set. The Dane didn’t waste time and after a solid game of tennis claimed the first set 6-3. 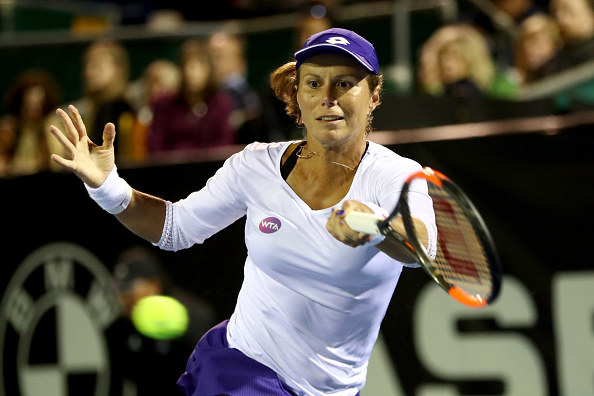 The American forgot the mistakes that led her to lose the first set and began the second set with a hold to love. An aggressive Lepchenko showed up to trouble a Wozniacki who was struggling to get on her first serve. Despite having some consistency problems in the opening set, Lepchenko won eight points in a row to break the Dane to love and lead 2-0. But Wozniacki stroke back, imitating the American and breaking also to love to recover the break. Just like in the first set, Wozniacki forgot about that terrible first service game and erased the break to level to 2-2.

After a missing a great lead, Lepchenko couldn’t hide her frustration as she faced two break points. The American was able to save both break points, but Wozniacki once again found a way to get a third break point to eventually win a fantastic rally and earn the break to lead 3-2. The Dane seemed to have gotten over that setback at the start of the set as she held her serve to consolidate the break and lead 4-2, having won four games in a row.

The unforced errors kept coming from Lepchenko who after winning those two games couldn’t seem to find the rhythm again, handing another break to Wozniacki who now had the pressure to serve for the match. Just when Wozniacki was only four points away from the win, Lepchenko woke up to claim a break back and try to shorten the gap. The threat of a comeback from the American was quickly erased as Wozniacki converted two match points to break and win the match. 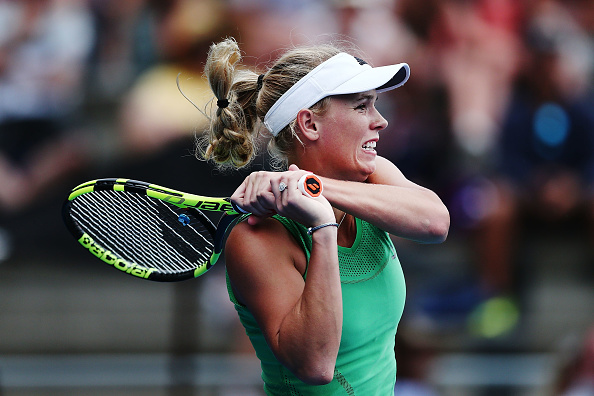 In the quarterfinals, Wozniacki will face Julia Goerges. This will be their ninth encounter as the series is tied 4-4. Their last meeting was in 2015 at the French Open where the German defeated Wozniacki in straight sets. However, this will be their second match in Auckland as they played in this tournament in 2015 where Wozniacki won 6-4, 6-4.