As afternoon turned to evening at the 2017 Australian Open, 13th seed Venus Williams needed just 58 minutes to brush aside Chinese world number 87 Duan Ying-Ying, 6-1, 6-0, to secure her place in the fourth round at Melbourne Park for the 10th time.

Asserting herself right from the off, Williams’ experience was telling in the early exchanges as the 2003 finalist targeted and eventually capitalized on Duan’s misfiring backhand in a marathon second game to break. Using every opportunity she could to get on the front foot, the seven-time Grand Slam champion was quick to expose the weakened mobility of Duan, eventually reeling off three more games from there before the Chinese number five managed to get on the board, by which time the set was already a lost cause.

Sealing the opener courtesy of yet another unforced error from the racquet of her Chinese counterpart, Williams soon moved a set clear, with the end looking rather ominous for Duan.

Once Duan found herself broken for a third time in another marathon game to start the second set, the end appeared to be nigh for the resurgent 27-year-old, who was struggling to march on uncharted territory, having never previously gotten this far at a major in 12 attempts. From there, Williams would press home to her advantage, dropping just eight points en route to completing the comprehensive victory in just under an hour.

In a stunning display that lasted just over 58 minutes, Williams cracked 25 winners, two of them being aces, and won nearly 60% of her receiving points, resulting in a solid 5/12 break point conversion rate. The former finalist was equally impressive on her own serve, winning a combined 69% of her first and second service points in a match where she faced just one break point, which she saved in the best way she knows how: a signature Williams ace.

For Duan, this match will be just a small blemish in an unforgettable start to the year, but one she would like to put behind her as soon as possible. Unable to produce the same sort of form that saw her come back from the brink to edge out American Varvara Lepchenko in the previous round, the Chinese number five hit just five winners, and nearly five times as many unforced errors (24), proving to be one of her biggest downfalls on the day. 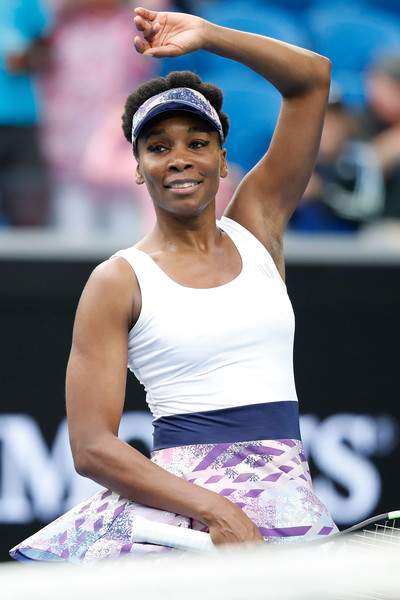 Next up for Williams: Mona Barthel

Standing in the seven-time major champion’s way of a ninth quarterfinal berth at Melbourne Park is Germany’s Mona Barthel, who ended the run of returning Australian wildcard Ashleigh Barty in three sets later in the day. In two previous meetings, Williams has been able to get the upper hand on Barthel, beating the German on both occasions without the loss of a single set.