Caroline Wozniacki managed to escape a slight lapse in concentration at the end of both sets to progress to the third round and keep her good form going. Viktorija Golubic fought back with a few breaks of serve in both sets but ultimately the Dane was too strong.

Having made the final in Doha last week Wozniacki was looking to keep her good form in the Middle East going, and she couldn't have got off to a better start in her second round match. She held serve with relative ease in the first game of the match, before breaking Golubic to love in her opening service game.

The lead was then extended to 3-0 in a matter of minutes as Golubic struggled to find her range. In a fairly lengthy fourth game, the Dane had a break point chance to go 4-0 up however, the Swiss saved it by forcing an error from Wozniacki.

Breaks were then traded between both players, with Golubic getting back on serve in the fifth game, only for Wozniacki to re-establish her lead straightaway with a great backhand winner on her third break point. Whilst serving for the set Wozniacki had a slight lapse of concentration, as errors started creeping in, and consequently was broken at 15-40. However, after getting back on serve again, Golubic faltered whilst serving to stay in the set and the Dane broke with ease to take the first set 6-4, with a forehand return winner. 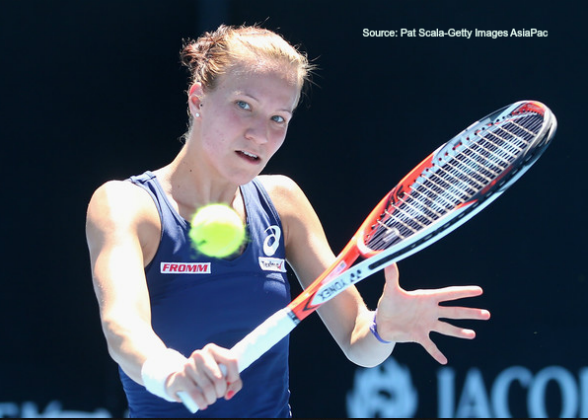 Wozniacki capitalizes on poor serving to take the match

Wozniacki started the second set just as sharply as the first, jumping into a 4-0 lead. Her serve was working well with 68% of first serves being made. Also the 'out-wide' serve, which the Dane has been working on during the off-season and in these past few weeks, was making it tricky for Golubic to get a clean return.

However, like in the first set, Wozniacki lost a bit of concentration in the fifth game, as she gave the Swiss one of the breaks back from 40-0 up. In fact, the only two games that Golubic won in this second set were gifted to her by Wozniacki, as the Swiss player didn't win any of her service games during the set. By far the longest game of the match came at the very end, where Wozniacki finally took the tie on her fifth match point. Golubic also had 4 game points in this game to force the Dane to serve for the match.

There was a slight bit of controversy at the end of the match as Wozniacki was furious with the umpire for a wrong call. On her fourth match point, Wozniacki thought she had won the match after Golubic hit a forehand which seemed wide. However, there wasn't a call and the Dane exchanged a few words with the umpire and received a warning. On her next match point, Wozniacki managed to convert thanks to a Golubic backhand into the net, to progress to the third round in an hour and 52 minutes. 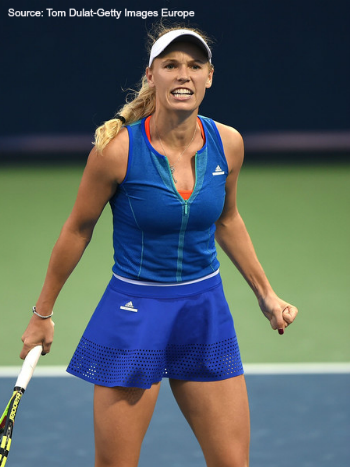 In the third round, Wozniacki will face Kateryna Bondarenko. Bondarenko took on Garbine Muguruza in round two, but Muguruza retired after only 5 games with a left ankle injury.