Exactly one month after winning her first match since returning from left foot surgery, Sloane Stephens continued her astounding comeback under the lights of Arthur Ashe Stadium, recovering from a shutout second set to stun ninth seed and seven-time Grand Slam champion Venus Williams, 6-1, 0-6, 7-5, to make her first major final on home soil at the U.S. Open.

Having won their only previous meeting two years ago on the red clay of Roland Garros, it was surprisingly Stephens who would hit the ground running, taking advantage of a nervous looking start from Williams, who dumped a forehand approach shot into the net on break point, to earn an early break before impressively consolidating to take a 4-1 lead.

The errors would only continue to pile up from there for the two-time champion, who just couldn’t seem to find a chink in Stephens’ world-class defence, let alone keep the ball in the court long enough to outgun her compatriot from the back of the court. Things would soon go from bad to worse for Williams, who handed a second break of serve in the following game to give Stephens a chance to serve out the set—an opportunity she would gladly take with open arms as a ruthless hold at love put her within a set of the final, with just 24 minutes on the clock.

After an unexpectedly lopsided opening set for Stephens, the second could not possibly be a more different story for the young American as it was Williams, this time, who would ramp up the velocity of her groundstrokes to respond emphatically in a shutout second set.

After squandering three break points in the opening game of the second, Stephens was left to rue her missed chances as an untimely double fault from the young American would hand Williams her first break of the match, which she would easily consolidate in the blink of an eye to take a 3-0 lead. From there, Stephens found herself unable to find any answers, especially on her own serve, as she was broken twice more in the 30-minute second set as Williams ruthlessly got the match back on level terms at a-set-apiece. 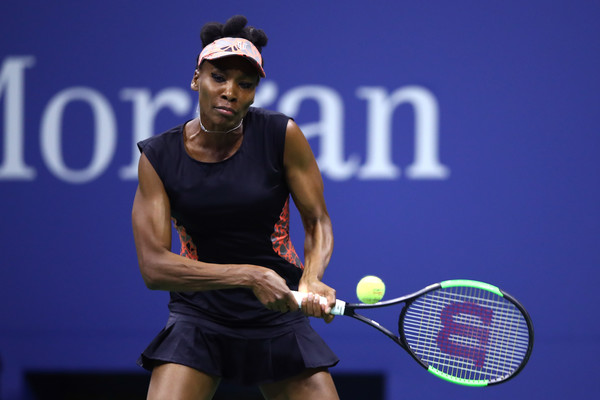 After two rather one-sided sets that could not have gone more differently for either player, it seemed only fitting that the decider would be a battle royale with both players contributing mightily to the cause with a spot in the showpiece on the line.

After a whitewash second set, Stephens impressively regrouped and was the one who started the third on a mission, hitting a brilliant backhand at Williams’ feet, one she could not return, to get the early break before holding for a 2-0 lead, saving a pair of break points in the process.

With the decider seemingly on course to be as one-sided as the preceding sets, Stephens showed off her wonderful court coverage to give herself a chance to double her advantage in the ensuing game before Williams eventually found her groove, notching a crucial hold. From there, a number of uncharacteristic unforced errors from the unseeded American would allow the former two-time champion to break back to restore parity at two-games-all.

Despite struggling to find their first serves in the crucial moments, both players would save break points to hold serve in the next two games before it was Stephens who would rise again to the challenge. On yet another break point, the 24-year-old would make up for squandering a break point in Williams’ last service game by breaking off a netted forehand volley from the former world number one before that advantage was quickly ceded to level the decider at 4-all.

At this point, both players were fighting tooth and nail, unwilling to give the other an inch, and consistently putting together some breathtaking shot-making to make for some incredible points. In the end, it was Stephens who would come out of those exasperating rallies looking the fresher of the two, in part due to an outstanding backhand passing shot at 4-5, 30-30, and some incredible defence in the eleventh game to snag another crucial break. “That [shot at 4-5] was good, huh?” she later joked with the press, referring to the shot that proved to be the turning point for her.

Despite some late resistance from Williams, Stephens managed to serve out one of the most memorable victories of her young career in two hours and seven minutes.

“I’m super happy to be in a Grand Slam final,” said the young American in her post-match press conference. “To do it here, obviously, my home Slam, is obviously more special. I think this is what every player dreams about.” 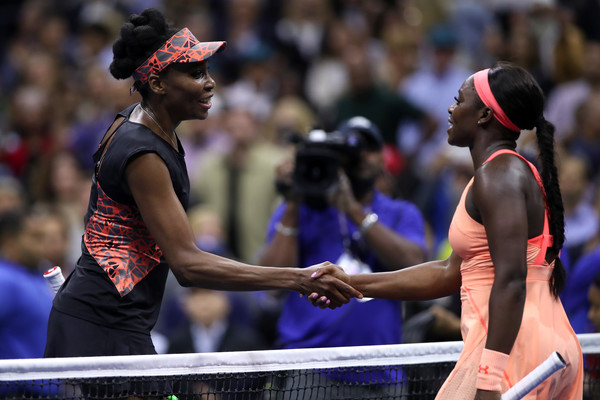 This win also continues Stephens’ sizzling summer who, before entering Toronto last month, was ranked number 937 in the world due to the stress fracture in her left foot that kept her out of competition for 11 months. Since then, she has gone 14-2, with semifinal appearances in Toronto and Cincinnati and now at least a final here at Flushing Meadows.

For Stephens, who is projected to move to at least number 22 in the rankings, if not number 17 with a win on Saturday, this has just been an unexpected blessing after all the hard work she had put in to get herself back to her best.

“A lot of things have happened,” Stephens reflected, when asked about her journey since having surgery on her left foot. “I’m just happy to be playing. Happy to be competing. Happy to be in this position. Now no one can ever take away—like, whether I win the tournament or not, like, I’m a Grand Slam finalist, and no one will ever be able to take that away from me.”

In Saturday’s final, Stephens will go up against good friend Madison Keys, who dominated compatriot CoCo Vandeweghe in a masterclass of first-strike tennis to also make her first major final. “I have known her for a long time,” Stephens said about Keys. “She’s probably one of my closest friends on tour. Love her to death.”

This will be just the second meeting between the two former doubles partners, with Stephens winning their lone meeting in Miami a couple years ago.

Kiki Bertens has Achilles surgery, to miss start of 2021 3 hours ago