2017 saw a breakthrough in fantasy sports for tennis fans across the globe. Fantasy Tennis League is a team-based game where the player picks a team of 16 players with an initial budget of 100 million dollars to try and create a team that will try and finish at the top of the world.

First prize once again is two tickets to the following year's men's Australian Open final. The tickets include plane tickets to Melbourne, shuttle service to and from the airport, and two nights accommodation at a hotel rated three and a half stars and above.

Finally, if you finish third to tenth, you receive a $50 gift voucher to use on australianopenshop.com. Are you ready to try and create the best fantasy tennis team? Let's fantasy tennis on.

Up to the Australian Open, you have unlimited trades to use to tinker with your team. However during each tournament week, you can use a maximum of three trades. Your team has a total of 72 trades to use so make sure to use trades wisely.

Your initial 100 million dollar budget can rise or fall throughout the season depending on form of the players you chose and how often they're being traded in or out of teams throughout the game.

Here is a breakdown of the points system 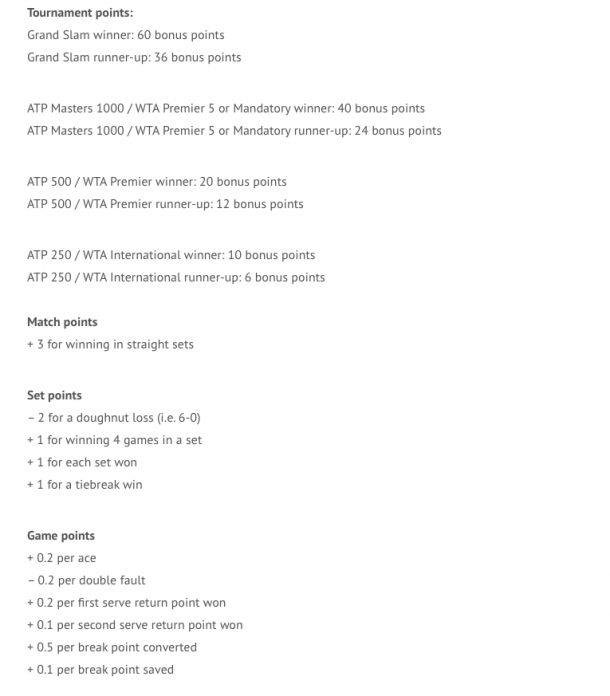 Cologne ATP tournament to no longer have fans 8 days ago
Restore your password
Please enter your user name or email.
Login Member or Writer Panel
Enjoy your own Customized Newspaperwith VAVEL topics' carousels!