Petra Kvitova needed just an hour and 10-minutes of play to defeat Lara Arruabarrena in the second round of the 2018 French Open, triumphing with a straightforward 6-0, 6-4 scoreline as the Czech lived up to her tag of being one of the favorites here in Paris, extending her winning streak to 13. Kvitova will now face 25th seed and dark horse Anett Kontaveit in the third round for a place in the second week.

The eighth seed impressively blasted 27 winners alongside 24 unforced errors, while claiming 74 percent of her first-serve points throughout the encounter. Whereas, Arruabarrena was unable to create an impact with her serve, winning just half of her first serves and hitting just a mere six winners and giving Kvitova 13 free points with her errors. There was a huge contrast between Kvitova’s level of play between the two sets — losing just four points on serve and having 14 winners with just four unforced errors in the opening set, as compared to 20 unforced errors in the second set.

It was a marathon game to start the match with, as Arruabarrena managed to fend off several break points excellently with some controlled aggression and redirection of the pace. However, Kvitova was just too powerful and she was absolutely firing on all cylinders with her stunning return winners. An unbelievable backhand down-the-line from the Czech finally sealed the break and earned her the early lead.

Kvitova continued to ride on her momentum, blasting winners after winners to consolidate the break in comfortable fashion. Outrageously enough, the world number eight fired four consecutive return winners and broke serve once more, earning the quick double-break advantage in a matter of minutes. 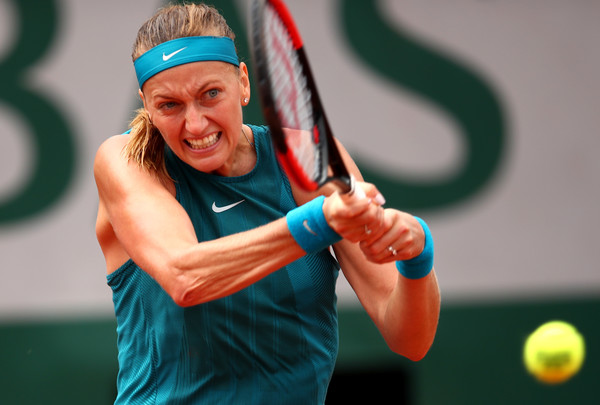 Kvitova’s form was simply unstoppable form, rattling off 12 of the final 16 points as she easily took the opening set with a bagel scoreline after just a mere 23 minutes, firing 14 winners in the process.

Arruabarrena puts up a tougher fight but Kvitova prevails

Arruabarrena finally managed to stop the rout after what seemed like an eternity — holding serve in the opening game to get onto the scoreboard. The Spaniard relied largely on Kvitova’s abundance of unforced errors and the match was generally on the Czech’s racquet as she was able to dictate play throughout all the rallies.

Consecutive backhand errors then saw Kvitova missing out on two break points, allowing Arruabarrena to grab the confidence-boosting service hold to remain in contention. There was an exchange of breaks which followed, and Kvitova’s inconsistency showed up in the second set as Arruabarrena remained solid and consistent at the baseline, challenging the Czech’s authority.

Kvitova survived a tricky game which almost saw her lose a 40-0 lead but narrowly escaped to hold for 4-4. Clearly disappointed with her missed chances in that game, Arruabarrena crumbled to the pressure and succumbed to the powerful returns of Kvitova, getting broken at the eleventh hour as the Czech earned the golden opportunity to serve out the match. Kvitova’s 27th winner of the match ultimately sealed her the comfortable win after just 70 minutes of play, sealing a place in the third round. 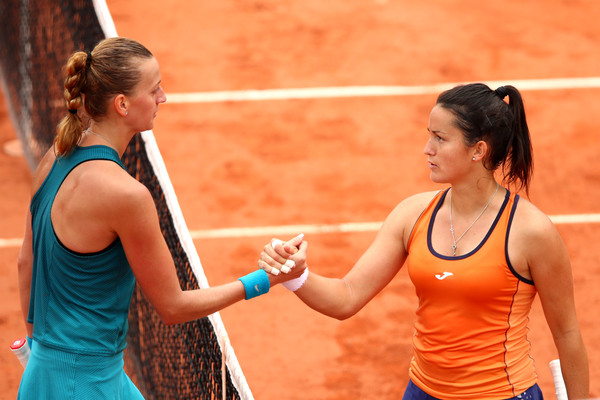