Grigor Dimitrov has become the second player to test positive for the coronavirus following Thiago Seyboth Wild, who tested positive in March. The Bulgarian made the announcement yesterday as he was preparing to participate in an exhibition tournament in Croatia where world number one Novak Djokovic was scheduled to participate.

Posting on Instagram, the world number 19 made the following statement: "I just wanted to let my friends and fans know that I tested positive back in Monaco for COVID-19.

"I wanted to make sure anyone who has been in contact with me during these past days gets tested and takes the necessary precautions. I am so sorry for any harm I may have caused.

"I am back home now and recovering. Thanks for your support and please stay safe and healthy."

The Adria Tour, created by Djokovic, started in Serbia where Dimitrov participated last week. The Serb and Andrey Rublev in the final in Zagreb on Sunday, but the event was canceled after Dimitrov's revelation. World number three Dominic Thiem tested negative after facing Dimitrov in Serbia.

The Bulgarian lost to Borna Coric and immediately withdrew and complained of fatigue as the Adria Tour moved to the island city of Zadar, which also had Alexander Zverev, who also took part in Belgrade, and Marin Cilic in its lineup. 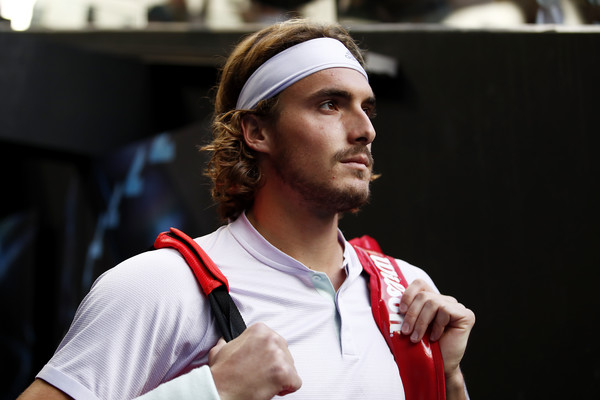 Simona Halep Confirms Return to Tennis in Palermo3 days ago

Top-Ranked Players Cast Doubt on US Open Participation7 days ago

Preview: Battle of the Brits event 22 days ago

Bianca Andreescu to defend her U.S. Open titlea month ago

Roger Federer out for the remainder of 2020a month ago