A small cluster of Parisian fans was treated to a real see-saw contest on Court Philippe-Chatrier and arguably the match of the tournament so far. The result means that Zverev has won 15 and only lost seven best of five-set matches and is also unbeaten in eight against French players at a Grand Slam.

At times it looked as though Herbert would threaten an upset as he crushed the German in the opening set and moved 4-1 up in the second set. However, Zverev showed his fighting spirit to level the match and again in the third-set, Herbert found himself two points away from going ahead two sets to one only for the Zverev to survive.

Herbert then fought back gallantly to take the fourth set and send the match into a decider. Zverev then moved 3-0 up as nerves and fatigue got the better of the Frenchman, but Herbert fought back again but it was his young opponent that would ultimately stumble over the finish line.

Next up for Zverev is the man who famously beat Novak Djokovic at this venue back in 2018, former semi-finalist Marco Cecchinato.

Herbert started the quicker of the two as he raced into a 3-0 lead including a break of serve as the German appeared sluggish and lethargic.

Although Zverev would hold his next two service games, Herbert continued to show aggression and poise from the baseline and also threw the German off with some fine backhand slices.

The Frenchman clinched the opening set as he moved the German around with some delicate footwork on backhand and forehand side before a beautiful forehand winner sent the French fans on Chatrier into rapturous applause. 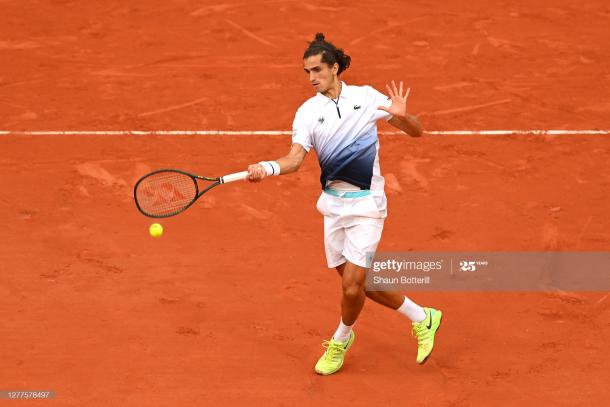 The US Open finalist looked shaken as Herbert began to take a foothold on the match after moving 4-1 up but the 23-year-old broke back with a fine lob at 4-4 that enabled him to level the match.

Herbert continued to cause Zverev problems with some fine drop shots and volleys at the net but it was the third-set tie break which would prove his undoing.

At 5-3 up, Herbert was so close to leading the German only for his nerves to get the better of him in the clutch moments allowing Zverev to win four consecutive points to steal the third set from under the Frenchman's nose. 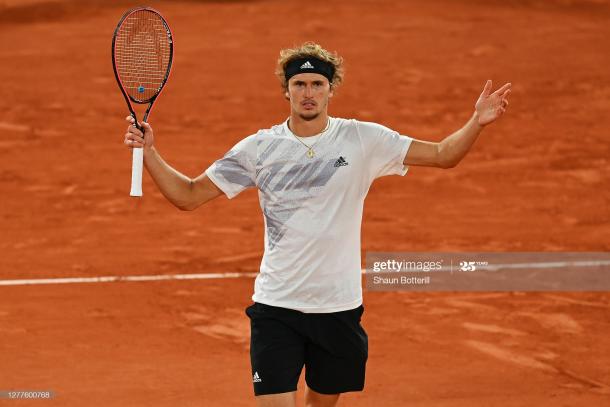 Herbert took advantage of some shaky serving from the Hamburg to take the fourth set 6-4 to put the match on a knife-edge.

There was plenty of drama in the final set as Zverev cut a frustrated figure and argued twice with the line judge about certain calls, particularly on his first serve.

The German even stepped over the net to examine the marks on the clay, an action that may yet land him a fine. History shows that past players have been heavily punished for disrespecting the rules and traditions in this way.

However, it was David Ferrer's young charge that would turn the screw and although he was broken back whilst being 5-3 up, a nervous Herbert could not take the final set to 5-5 as a fine overhead lob on match point gave the German a hard-fought victory.