Trevor Bayliss will step down from his role as England coach following the 2019 home Ashes series.

Bayliss' announcement comes after a disastrous Ashes tour where he witnessed his England side lose 4-0 to a dominant Australia.

Bayliss however, says that the defeat had no impact on his desire to leave and said that he told Andrew Strauss, England's director of cricket, of his intention to not renew his contract last year.

The Australian said "I've always felt that it's time for a change around the four-year mark" before adding that "I'm contracted to September 2019 and that will see me out."

The 55-year-old hopes that "A new voice and a different approach invigorates things."

Has Bayliss been a success?

Bayliss was appointed as the head coach in 2015 and has experienced mixed success in the role. The development of England's game in white ball cricket has been marked, he guided England to the World T20 final in 2016 as well as a disappointing semi-final exit in the 2017 Champions Trophy.

However, in the longer format of the game, it hasn't been as positive. England have played 38 tests under Bayliss, winning 15 and losing 18. Bayliss did deliver an Ashes win in the first year in charge.

However, the defeat in the 2017-18 Ashes series means England have now gone 11 matches in a row without an away win, although Bayliss did preside over England's last successful away tour in South Africa in 2016.

Vince and Stoneman deserve more of a chance

Both James Vince and Mark Stoneman struggled during the season, neither of the pair averaged above 30. Bayliss believes they deserve a longer spell in the test side, however.

"The way Vince and Stoneman played, they do deserve a bit more of a chance." Bayliss then added that "They were playing against one of the best attacks in the world in their home conditions and showed the potential they have."

Despite a number of players, such as Mark Wood and Toby Roland-Jones, returning to full fitness as well as a lack of form both at the top of the order and amongst the bowling attack, Bayliss doesn't expect there to be large changes before the New Zealand test series.

"I can't see there being any big changes," said Bayliss. However, the coach was willing to admit that "Probably five or six positions in the squad will be discussed."

'The penny has dropped'

Even before the tour began England were hampered by off-field incidents. England's star all-rounder Ben Stokes was ruled out following an incident in Bristol. The off-field stories didn't stop there, however. Once in Australia there were reports of Jonny Bairstow allegedly 'headbutting' Cameron Bancroft and Ben Duckett pouring a drink over Jimmy Anderson, with both incidents occurring in the same Perth bar.

The former Sri Lanka coach admitted that "Some of the off-field stuff at the beginning of the tour was as tough as I've experienced."

The Australian believes that this will be the end of these stories "The penny has finally dropped with the boys that we are in a different environment nowadays. Going forward I don't foresee any problems there."

England will now look to get over their test series defeat and improve enough to taste victory in the white ball section of the tour.

First Test Day Three: England fight back in the evening after spinners do the damage for Pakistan6 months ago 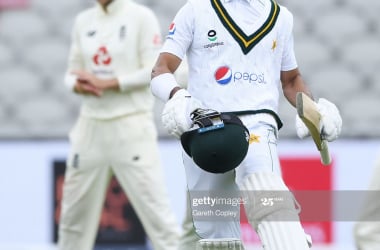 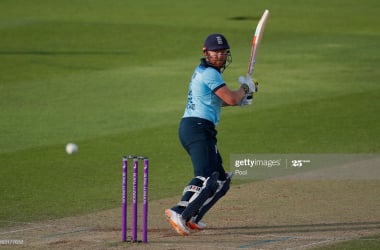 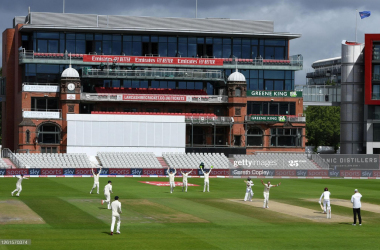 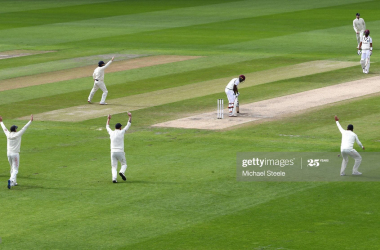