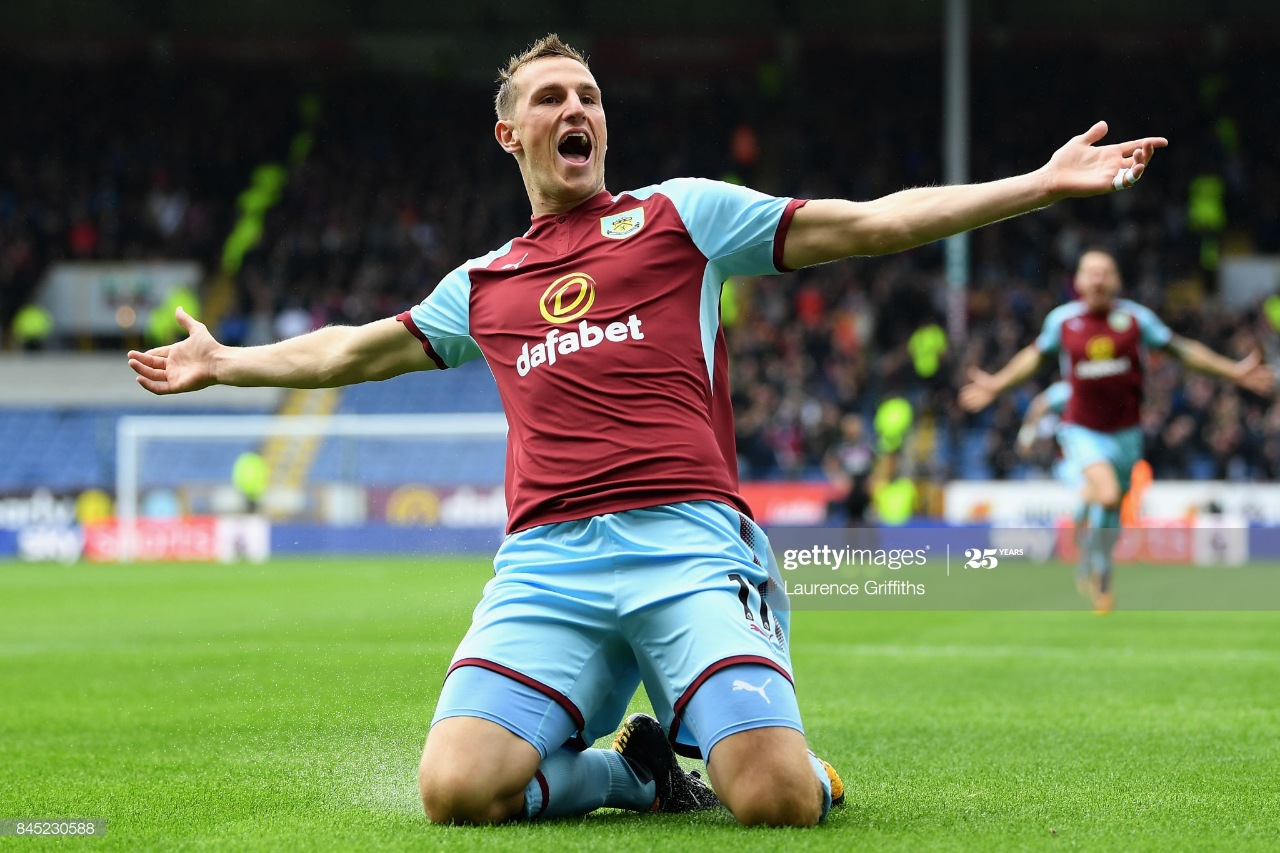 Chris Wood was born in Auckland, New Zealand and football was huge in New Zealand when Wood was a kid. Wood grew up playing cricket and rugby, but football was always his main sport. His father played football and he was the one that inspired Wood to pursue a career as a professional footballer. Football was one of the biggest sports in the country during Wood’s childhood.

It was hard for Wood to find a football team as in his teenage years the main sport at that age is rugby and schools focused on rugby more than football when you reach that age. Wood was big at a young age, so he balanced rugby and football. He didn’t play rugby at a good level as he played through schools because he was bullied at school for wanting to play football. If you didn’t play rugby, you got bullied because that was the main sport in New Zealand compared to football being the main sport in England.

Wood had to use his physical ability to his advantage to gain respect from classmates to stop picking on him just because he took an interest in another sport. Wood played men’s football from the age of 14 due to his size and his career kicked off from there.

Wood comes from a very sporty household and his sister, Chelsey Wood, is a professional footballer. Growing up, Chelsey was technically better than him, but Wood was always more talented in the physical part of the game. He had a knack for knowing where the ball would fall into the box which gave him the ability to grab a lot of close-range goals.

Chelsey played as a defensive-midfielder who had a great eye for picking out players with her passing accuracy. Both now represent New Zealand in international games and have had good careers.

Wood played second-tier football in New Zealand and there is a story that Wood got paid £100 every time he scored a goal.

At the age of 13, Wood got into the team through the assistant coach at Cambridge FC and the assistant promised that Wood would get £100 every time he scored a goal for the first team if he managed to graduate from the academy.

At the age of 14, Wood made his debut and scored his first goal for the club. The assistant manager regretted the decision instantly, realising how much money he’d have to give with Wood scoring goals every other week.

How Wood became an international

Wood represented New Zealand at under-17 level and was a standout performer in the 2007 U-17 World Cup, the tournament which earned him a move to West Bromwich Albion.

He impressed the All Whites coach Ricki Herbert and he was fast-tracked for the 2009 FIFA Confederations Cup in South Africa and the year after he was named in the 2010 World Cup squad.

He was the youngest player in the squad at the age of 18 and helped his country to an unbeaten run that saw them draw every group game. Unfortunately, they still exited the tournament. He came on as a substitute against Slovakia in a 1-1 draw as they claimed their first ever point in a World Cup Finals match. Wood also appeared as a sub against Italy in a 1-1 draw and a 0-0 draw with Paraguay.

First steps in a new country

Wood’s chance in the big leagues came with an invitation from West Brom for a trial. It was a huge step geographically for Wood and the quality of football was a big step up from the leagues in New Zealand.

Wilkinson set up a trial with Wood’s permission for West Brom. The striker impressed at West Brom and he was offered a two-year scholarship. Wood was used to a relaxed life in New Zealand and didn’t know how much he’d given up by moving to England. It was just another football club for Wood, but he soon realised how tough football is in England compared to home.

Wood found goal scoring form in the West Brom youth side and got called up to the first team in April 2009 when the Baggies had several first-team players out injured. He came off the bench against Portsmouth at Fratton Park as a substitute to become the fifth Kiwi to play in the Premier League.

He scored his second senior goal against Huddersfield Town in a 2-0 win less than seven minutes after coming off the bench in an FA Cup Third Round game on 2 January 2010.

Times out on loan

After signing a professional contract, it wasn’t working out for Wood and he was sent out on loan to six different clubs.

Wood was sent out on loan to get more experience and he joined Barnsley on a 93-day emergency loan on 24 September 2010. His loan was terminated after making seven appearances without scoring.

On 19 November, Wood joined Brighton & Hove Albion on loan until January 2011. He scored on his debut against Bristol Rovers in a League One fixture and scored twice against Peterborough United. He also scored in a 3-1 FA Cup tie win over Portsmouth.

The loan spells where Wood was making a name for himself

There were two loan spells where Wood played his best football and really started gathering interest from the big teams.

Wood played for Birmingham City during the 2011/12 season that they played in the UEFA Europa League after winning the Carling Cup final 2-1 against Arsenal the previous season. It was a tough loan for Wood because of the amount of games that Birmingham had to play.

They played on Saturdays and Sundays for weekend games, Thursday for Europa League games and Tuesday and Wednesday for midweek games. Wood rose to the challenge and scored nine goals in 23 games which included a hat-trick against Millwall.

Wood had a disappointing spell at Bristol City scoring just three times in 19 games before joining Millwall. At Millwall, Wood scored 11 goals in 19 games during his time at The Den. Wood was the top goal scorer for Millwall in the 2012/13 season and helped Millwall to an FA Cup semi-final against then Premier League side Wigan Athletic in a 2-0 defeat for Millwall.

Wood went on loan to Leicester City in January 2013 before joining them permanently in order to be registered in time to play. Wood scored 12 goals in 52 appearances for Leicester and went out on loan to Ipswich Town where he didn’t score a single goal in eight appearances.

The big move to Yorkshire

Leeds United were finishing mid-table most seasons when Wood joined on 1 July 2015 for £2.5-3m. He was Leeds’ most expensive signing since the arrival of Nick Barmby in August 2002. There was early pressure for Wood as he was given the number nine shirt for the coming season.

Wood scored his first goal on 19 August in a 2-2 draw with Bristol City. Near the end of the season, he scored his 13th goal of the season on 7 May 2016 against Preston North End to finish as the club’s top goal scorer for that season.

Wood’s second season was even better as he improved his goal tally from the previous season. Wood scored 16 goals for Leeds as they finished one place outside the Championship Play-Offs.

In the 2016/17 season, Wood won Player of the Month Award for January and March and was shortlisted for Championship Player of the Season. Wood lost out to Brighton’s Anthony Knockaert, but he was named in the team of the season.

Wood left Leeds as he didn’t believe that the club could reach the Premier League and he was in the peak of his career so the move to Burnley came at the right time for the Kiwi international.

Wood made his debut against Tottenham Hotspur where he grabbed a last-minute equaliser in a 1-1 draw on 27 August. Wood scored against his former club Leeds at Turf Moor in the 89th minute from a penalty kick to go to extra time at 2-2 and Leeds won the match 5-3 on penalties.

Since the injury, Wood’s nose was recovering as the trip to Old Trafford came up in midweek. He had gone a few days without a knock on his nose and the game against Man United was ending after Burnley were about to win 2-0 in one of the shock results of the game week.

They were celebrating their big win over Man United and Ben Mee ran over to Wood to hug him, knocking the big striker, accidentally breaking it again.