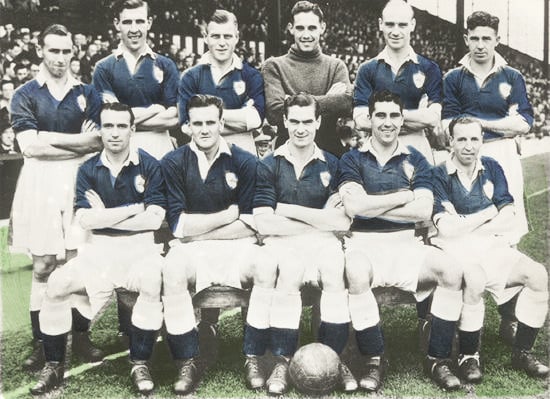 Originally formed as Leicester Fosse FC in 1884, the East-Midlands outfit have spent the majority of their existence within the top two divisions of English football, allowing for a solitary campaign in the third tier. Currently playing their football at the King Power Stadium, the Foxes shot to prominence during the 2015/16 campaign as they shocked the football world to lift the Premier League crown under Italian Claudio Ranieri.

Following their formation originally as Leicester Fosse, the club joined The Football Association in 1890 before being elected to the Football League just four years later. Their first-ever league game was a 4-3 defeat to Grimsby Town, with their first victory coming against Rotherham United.

The Foxes, whose nickname comes from the historical tradition of fox-hunting in the county of Leicestershire, remained in the Second Division until their promotion at the end of the 1907/08 campaign. Following World War I, the original Leicester Fosse company ceased trading due to financial problems, with the club then getting reformed under the new name of ‘Leicester City Football Club’. Despite the presence of two club-record goalscorers Arthur Chandler and Arthur Rowley, who scored 538 goals for Leicester between them, the club bounced between the top two divisions up until the late-1950s. Within that time, the club also managed to reach their first-ever FA Cup Final but lost out 3-1 to Wolverhampton Wanderers.

They would go on to reach two further finals before then lifting their first piece of major silverware under Scottish manager Matt Gillies in the form of the 1964 League Cup in a 4-3 aggregate against Stoke City.

Brian Little took the reins at the club in the early 1990s and led them to three consecutive play-off finals, eventually getting the club promoted to the Premier League for the first time with a 2-1 win against Derby County. The Foxes would not manage to stay up as Little departed.

Some time later, one of the most successful managers in the club’s history, Martin O’Neill, took over. In his time, the Northern-Irishman masterminded considerable success at the club. Leading the club to promotion at the first attempt, he secured four successive top ten finishes in the Premier League. He also added to the club’s trophy cabinet as the team lifted two League Cup titles, once in 1997 and again in 2000.

Due to his success, O’Neill was courted by Scottish giants Celtic and his departure north of the border signalled an extreme drop-off in fortunes for Leicester. They were relegated at the end of the 2001/02 season, just as they were moving into their new home of the then Walkers Stadium, playing their first campaign there in the Championship and under the consequences of administration.

Despite the future of the club being in huge doubt, they bounced back at the first attempt, but it was not to last long as Leicester were relegated, eventually falling into the third tier a few seasons later. The arrival of Nigel Pearson saw a stark reversal in fortunes as the club lifted the title under his stewardship. The Foxes suffered a painful play-off defeat to Cardiff City the next season as both Paulo Sousa and Sven Goran Eriksson came and went under the new ownership of the Srivaddhanaprabha family.

Pearson’s return again saw Leicester challenge for promotion to the Premier League, with just another devastating playoff defeat, this time to Watford, denying them a place in the top-flight for the first time in ten years. That defeat would give them huge motivation the following campaign as they cantered to the Championship table with an amazing total of 102 points.

The Great Escape and the greatest story

The Foxes though found it difficult once again on their return to the Premier League and spent the majority of the season at the bottom of the table but a miraculous run of seven wins in their last nine matches saw them survive.

A greater miracle was set to come though as Pearson was sacked once again, with Claudio Ranieri coming in to replace him. The Italian continued the spectacular form as Leicester wrote arguably the greatest story in history and lifted the Premier League crown. An unlikely bunch of players, spearheaded by the brilliant Jamie Vardy and Riyad Mahrez, put in brilliant performances to lead the club to their first-ever domestic title, booking a place in the UEFA Champions League.

Vardy in particular wrote his name into the record books as he scored in 11 consecutive Premier League games.

Their miracle continued the next season as a 3-2 aggregate win against Sevilla saw them reach the quarter-finals of the competition. On the other hand, their form in the Premier League dipped considerably, leading to the dismissal of Ranieri.

Craig Shakespeare and then Claude Puel were named as manager before the club was hit with a devastating loss in October 2018. Following a 1-1 draw with West Ham United, owner Vichai Srivaddhanaprabha’s helicopter crashed shortly after taking off, killing the club owner and four other people on board.

Brendan Rodgers is now in charge at the club and has them challenging once again for European football. One of the highlights of his reign so far has been the 9-0 win against Southampton in what was record margin of victory in the Premier League, as well as an all-time record away win in the history of the entire Football League.