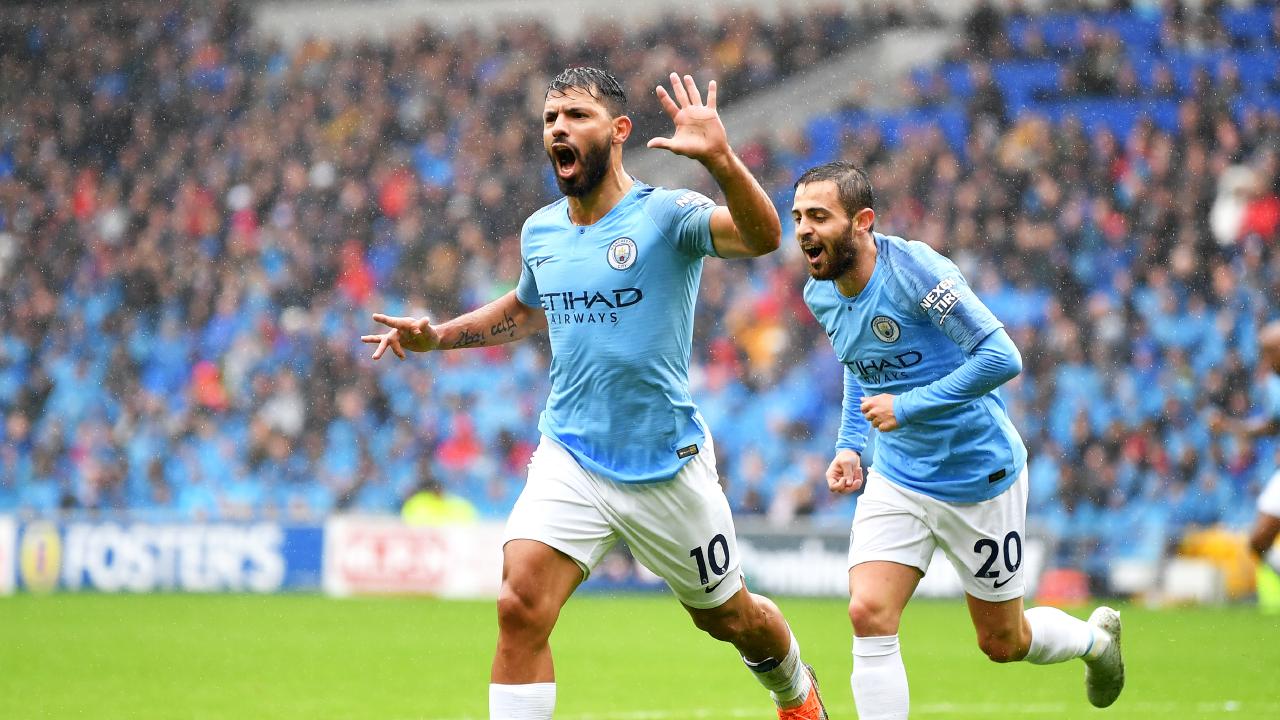 Manchester City Football Club were founded in 1894 and currently play their football at the Etihad Stadium. The club’s current manager is Pep Guardiola. City are one of the most successful sides in recent English football history after winning four Premier Leagues, two FA Cups, five League Cups and three Community Shields in the last 10 years.

Despite Manchester City originally being formed in 1894 their origins date back to 1880. Before the name of Manchester City the Blues went by Ardwick AFC (1887) and prior to that St Marks West Gorton (1880). In 1884 the first recognised ‘City shirt’ was created. The kit had a black base colour and a Maltese like cross as the badge. The history of the badge is still recognised today at the Etihad Stadium as it is a featured on the doors to the Chairman’s lounge. The doors are also supposed to replicate the original church doors of St Marks Church, the club’s founding point.

After becoming Manchester City Football Club in 1894 in the Blues were promoted into the First Division of English football in 1889 after finishing champions of Division Two. Five years later City collected their first major trophy becoming the first Mancunian side to win the FA Cup in 1904 after they defeated Bolton Wanderers at Crystal Palace.

In 1923 the Blues took their first of two stadium moves, after their original ground Hyde Road was destroyed in a fire. City then moved to 85,000 capacity stadium Maine Road where they would stay for the next 85 years.

Fast forward 11 years and City recorded an attendance of 84,569 against Stoke City, the highest ever attendance in English football outside of Wembley Stadium (a record that still stands today). That same year the Blues doubled their major trophy count with a second FA Cup win after beating Portsmouth 2-1, their first ever victory at Wembley.

Three years later City finally picked up their first ever major league title as they were crowned First division champions in 1937.

The amazing story of Bert Trautmann

In 1949 Manchester City made the then controversial signing of goalkeeper Bert Trautmann. Bert, a former German paratrooper and prisoner of war signed from St Helens Town, however after joining the club just four years after the end of World War II when Anglo-German relations were still thin, the signing was met with criticism from both the media and City fans.

In spite of this Trautmann quickly began to change minds at Maine Road, becoming one of City’s star players in the 1950’s. The German’s most amazing moment however came in the 1956 FA Cup Final. With City leading Birmingham City 3-1 with 20 minutes left, Trautmann made an important save which resulted in him breaking his neck. Despite the horrific injury the German somehow played on for the final 20 minutes, guiding his team to FA Cup victory in heroic fashion. Trautmann’s legacy has been recognised at the Etihad Stadium as a statue of the great keeper stands in the main entrance of the stadium.

The Mercer and Allison era

After a tough start to the 1960’s City appointed manager, Joe Mercer and assistant, Malcom Allison who went on to create one of the most successful eras in the club’s history.

Mercer and Allison got the Blues back into the big time, after achieving promotion from the second division in 1966. Just two years later they guided City to their second First Division title in 1968 after they defeated Newcastle United on the final day of the season.

The trophies didn’t stop there as the Blues were crowned FA Cup champions in 1969 after a 1-0 win over Leicester City at Wembley and this was followed up the year later, with an impressive domestic-European double as they won the League Cup and the European Cup Winners’ Cup.

Despite a victory in the 1976 League Cup City fell on harder times, with the 1980’s and 1990’s becoming some of the club’s toughest year’s to date. In 1998 the Blues dropped to their lowest point in the club’s history as they were relegated to the Third Division of English football.

Things on the up

Although the Blues dropped to their lowest ever point they did manage to secure their place in the play-off final at Wembley against Gillingham, however in typical City fashion it wasn’t an easy ride.

The Blues found themselves 2-0 down heading into added time and it looked like it was going to be another year of third tier football for City. However, a 91st minute strike from Kevin Horlock and a 95th minute equaliser from Paul Dickov got the Blues back into it. The game was then decided on penalties which City won thanks to a Nicky Weaver save, meaning they were promoted back into the Second Division at the first time of asking.

A year later City completed back-to-back promotion securing them a spot in the Premier League, where they have been ever since. Three years later the Blues left their beloved home Maine Road to move into the state of the art City of Manchester Stadium, which would go on to be named the Etihad as we know it today.

In 2008 City were bought out by the Abu Dhabi United Group and this would not just change Manchester City but the whole footballing world.

Under the management of Roberto Mancini City picked up their first major trophy in 35 years, winning the 2011 FA Cup, and then recorded their first ever Premier League title a year later in typical dramatic fashion. With arch rivals, Manchester United looking destined to win the title, an injury time winner from Sergio Aguero clinched the title by the barest of margins. This moment has gone down as one of the biggest moments in Premier League history.

The Blues then picked up their second Premier League title two years later under Manuel Pellegrini, as well as winning the League Cup in the same year to secure their first double in 44 years.

In 2016 Pep Guardiola was appointed manager, starting the most successful tenor in the club’s history. Guardiola recorded his first league title in England in 2018 after a record-breaking season, which seen the Blues win the title by 19 points with  100 in total. A season later the Spaniard and his side continued to smash the records, picking up all four domestic trophies for the first time in English football history, with Community Shield and League Cup victories of Chelsea, a dramatic league win over Liverpool and an emphatic 6-0 win over Watford in the FA Cup Final.