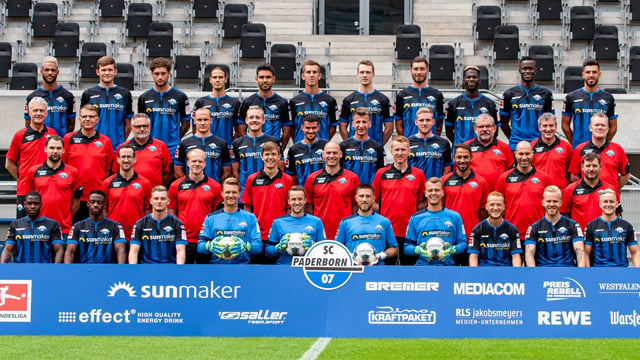 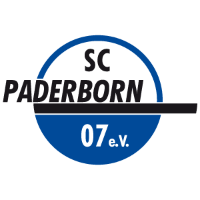 Sport-Club Paderborn 07, more commonly knows as SC Paderborn 07, are a German football club from North Rhein-Westphalia who play in the Bundesliga, the top-flight of football in Germany. They have had a turbulent history, often changing the division that they are in. They most recently secured back-to-back promotions from the 3.Liga and 2. Bundesliga to earn themselves a spot in the 2019/2020 Bundesliga. They play at the Benteler-Arena and are managed by Steffen Baumgart.

Historically, there were two football clubs in the city of Paderborn, TuS Schloss Neuhaus and FC Paderborn, who were both rivals until the 1980s. After Schloss Neuhaus found themselves sitting bottom of the 2. Bundesliga in 1983, their current model hit a ceiling, both financially and also in the capability of the club. Due to this, in 1985, the two teams from the city merged to form TuS Paderborn/Neuhaus. In 1997, the club adopted the identity that it currently has, taking the name SC Paderborn 07 - named the year in which TuS Neuhaus were founded, 1907.

As the newly-merged club, most of the 1980s was spent in the Oberliga Westrhein, the third-tier of the old German footballing pyramid, where they were consistently one of the strongest teams in the division, but they were never able to achieve promotion into the 2. Bundesliga and to the professional game. In 1994, the club won their division and so qualified for the relegation/promotion playoffs. The team lost to Eintracht Braunschweig and Fortuna Dusseldorf, but secured a place in the newly-formed third tier of the German divisions, the Regionalliga West/Sudwest. In 2000/01, they had a brief stint where they were relegated to the fourth-tier, with the main highlights throughout their time as an amateur club being a few cup runs in the DFB Pokal.

During one of these, in the 2004/05 campaign, the club made it to the round of 16 - beating MSV Duisburg and Bundesliga HSV Hamburg on the way to that stage. The latter game against Hamburg would be one that would go down in history, but for all the wrong reasons. It later emerged that the game had been affected by match-fixing, after referee Robert Hoyzer was found to have received a bribe from a Croatian organised crime group to allow Paderborn to win the game, two highly-questionable penalties awarded to Paderborn who ran out 4-2 victors.

The incident is still the largest betting scandal in German footballing history. Hoyzer was given a prison sentence of two years and five months and was banned from any footballing role for the rest of his life, whilst HSV were given 500,000 euros in compensation as well as a Germany international game to be played at their home ground, bringing in over 1.5 million euros in revenue.

Securing a spot in the 2. Bundesliga

At the end of the 2004/05 season, Paderborn finished second in the Regionalliga Nord on goal-difference and were promoted to the 2. Bundesliga alongside Eintracht Braunschweig. The club’s promotion into professional football brought with it professional football and a move to the new 15,000-seater Benteler Arena from the dated Hermann-Löns-Stadion. All of the changes that they made helped to push them into prominence as a regular part of German football’s professional landscape, and they only spent a single season outside of the league, in 2008/09, where they were relegated to the 3.Liga but achieved promotion back at the first time of asking.

In 2013/14, the club finished their 2. Bundesliga campaign with 62 points, culminating with them sitting in second place and achieving promotion to the Bundesliga, alongside FC Koln, for the first time in their history.

Paderborn’s first season in the top-flight turned out to be a very brief one: after a good first half of the season, their form dipped significantly in the ruckrunde and they finished 18th, being relegated straight back down to the second flight. Things then went from bad to worse the season after when they finished rock-bottom in the 2. Bundesliga with only 28 points and were relegated to the third division for the first time in nine years. If that wasn’t bad enough, then in the 2016/17 3.Liga season, they finished 18th, that should have seen them relegated, but the side who were due to come down from the 2. Bundesliga - TSV Munich - failed to obtain a license for the 3. Liga so Paderborn were given a lifeline and allowed to stay in the third division.

The time since 2014 hasn’t just been turbulent for relegation, however, and their fortunes turned around in the 2017/18 campaign. Paderborn finished a comfortable 14 points ahead of 3rd-placed Karlsruhe and were promoted alongside Magdeburg to the 2. Bundesliga. Then, in 2018/19, Paderborn turned it all the way around from their initial drop out of the Bundesliga in the 2014/15 season, finishing above Union Berlin on goal-difference to secure a position in the top-flight for themselves in the 2018/19 campaign.

Designed by Josef Ellebracht of Bremer AG, SC Paderborn 07 play in the Benteler-Arena, which they moved into in 2008. The 15,000 capacity all-seater stadium was opened with a game between Paderborn and fellow NRW side Borussia Dortmund in front of a sellout crowd of 15,000 - Dortmund won the match 2-1.

The stadium has had multiple names since 2008. Originally called the Paragon Arena after a local electronics firm, it was renamed the Energieteam arena in 2009. In 2012, the club signed a sponsorship deal with Austrian company and current name-holders, Benteler.

The ground was built to replace the extremely-dated 12,000 capacity Hermann-Löns-Stadion, when the city’s sports board declared the end of it’s use for association football in 2003. Since 2008, the previous ground has been the home of American Football team Paderborn Dolphins, and some of its offices are used by TSV Schloss Neuhaus.