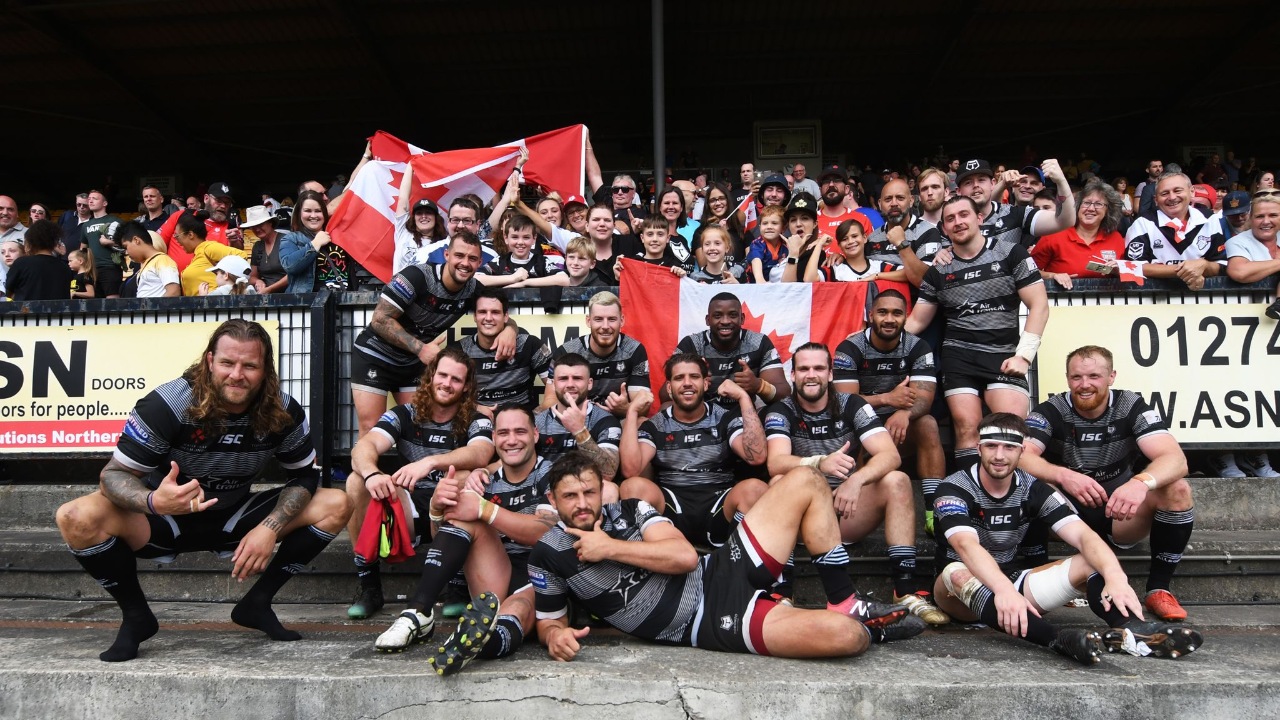 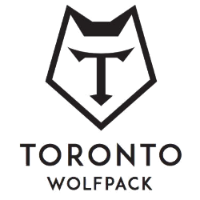 Toronto Wolfpack are a professional Rugby League club from Toronto, Canada, who compete in the primarily English Betfred Super League. The team are very new to to the game, playing their first match in 2017, and have worked their way up from League 1 since they joined the English league system. The only other non-English side in the division is Catalan Dragons. In October of 2019, the Wolfpack were successful in the ‘Million Pound Game’ and secured promotion to the top division. They are coached by Brian McDermott, and play their matches at the Lamport Stadium.

The club are the first team from North America to play in the Rugby Football League, the first professional side in Canada, and the first transatlantic team in Rugby League.

After their first application in 2014 to become a Super League club was declined by the RFL, the club decided to build their way up to the top flight. Canada was suggested as an attractive market for Rugby League as it had the highest viewer base outside of Australia, France, New Zealand, UK.

From 24 September 2016, the club held trials across five cities in North America: Philadelphia, Tampa, Kingston, Vancouver, and Toronto itself. From this, a final 18 were selected to take part in a tour across England, ending in them defeating amateur club Brighouse Rangers. Three players won contracts with the Wolfpack, and further trials were held in the months later.

The club played their first professional match in January of 2017 away to Hull KR. Hull won the fixture 26-20 at the KCOM stadium. Their first competitive game was on February 25th, with them 14-6 victors in the Challenge Cup against amateur NCL champions Siddal.

They played and won their first League One match against London Skolars 76-0 in the month after, their first home game was on the fifth of May at home to Oxford in front of 6281 spectators at the Lamport Stadium.

The Wolfpack went on to have a very successful first season, winning all of their fifteen regular matches and five out of seven playoff games. Promotion and the title was confirmed on the 9th of September with Toronto defeating Barrow Raiders in front of over 7,972. The season was closed at home to Doncaster with an attendance 500 higher.

Earlier in this season, the club recorded their record win, also against Doncaster, an 82-6 victory.

Once again, the club were successful in 2018. From March onwards, they put together an 18-match winning streak which was only broken by a defeat to Featherstone in July. They won five out of seven games in the Super 8s, defeating Super League opposition in both Widnes Vikings and Leeds Rhinos. In the Million Pound Game, hosted at the Lamport Stadium, the Canadian hosts fell to London Broncos 4-2 and were condemned to being in the Championship for another year.

Although it was a good year, Toronto also recorded their most heavy defeat in 2018. Playing against Warrington Wolves, they lost 66-10

The Wolfpack lost only a single match in the 2019 season, once again finishing top of the division, with a 12 point advantage on second-placed Toulouse. Toronto once again found themselves in the Million Pound Game after beating their French opposition in the Semi-Finals. This time, the Canadians were 24-6 victors at home to Featherstone Rovers, and in turn, they secured promotion into the Super League for the first time.

In 2019, Toronto made their name internationally when they signed dual-code international Sonny Bill Williams, the Kiwi making the switch from Union after playing in the World Cup only that summer.

As of the break in the Super League season due to the global outbreak of COVID-19, Toronto sit rock bottom of the division with six losses in the six games that they have played.

Being across the Atlantic ocean and on a completely different continent from their competitors, the logistics of playing Rugby League in Canada aren’t easy, to say the least. None of the players on the Wolfpack’s team are from Toronto or even the nation of Canada, so the team stays at the George Brown College residence in West Don Lands of Toronto, the former site of the 2015 Pan American Games Athletes' Village.

They train at Lamport Stadium. Away teams stay at York University’s residence and train at the university’s own athletic facilities. Toronto have a sponsorship package with Air Transat that allows them to cover the costs of travel and accommodation for all of the away sides that play.

After a season playing sharing facilities with Brighouse Rangers for away fixtures in 2017, Toronto made the move over the Lancastrian border and extended a partnership with Manchester Metropolitan University in 2018. Manchester is now the club’s base in the UK when they play away matches, and they train at nearby Hopwood Hall College.

Nicknamed ‘The Den’ for Rugby matches, the club play at the Lamport Stadium in Toronto, Ontario, Canada. The highest attendance recorded for the Wolfpack was a 9,974 sellout for their Million Pound Game against Featherstone in October of 2019. The ground opened in 1975 and has an artificial field.

They have played nearly all of their home games there, and played a home game at the ‘New River Stadium’ in London to try and boost the sport and the team’s popularity in the city.

For their first season in the Super League during the 2020 season, the club scheduled ‘home’ matches on the road in England, with weather conditions in Canada not being fit for Rugby until April of that year. The games were to be played at Headingley Stadium, in a double-header with Leeds Rhinos, the Halliwell Jones Stadium and Bootham Crescent in a double-header with York City Knights.