There can be few clubs who have had quite as a many of their former stars return for a second or in even some cases third spell at the club, yet it's a trait that has become almost second nature over the past 25 years or so at Motherwell.

Think of great Motherwell matches and the 1991 Scottish Cup Final against Dundee United won't be too far from mind. Scorer of Motherwell's first that May afternoon was Iain Ferguson, who in his teens had served the profilic Fir Park Boys Club only to go senior with Dundee rather than Motherwell. He returned to good effect however in January 1991 helping Motherwell lift the Scottish Cup for the second time. 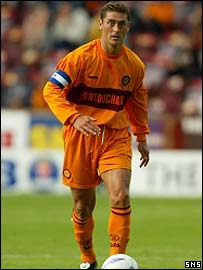 Others such as Fraser Kerr and Scott Leitch trod a similar path in leaving the club before making a senior appearance only to return to play for the first team later on. Leitch in fact would go on to return for a third spell at the club in the role as assistant manager to Mark McGhee.

Another involved at Hampden on 18th May 1991 was Motherwell assistant manager Tom Forsyth who had played close to 200 games for the Steelmen in the late sixties and early seventies. He returned as assistant to Tommy McLean in the summer of 1984 and gave another decade of service to the Lanarkshire side.

The return of a former player as part of the coaching staff is perhaps the most common route for a returning hero with club chairmen only too well aware that that installing a former great can be a popular move amongst supporters. In fact the very season before Forsyth took up the role as McLean's number two it was a former Motherwell stalwart of the 1970's, Bobby Watson, who had been appointed as manager in a vain attempt to prevent relegation from the top flight.

In time other former players such as Chris McCart and Kenny Black would return to Motherwell as part of the back-room team.

Taken to extremes you may even include the likes of 1991 Cup winning heroes Dougie Arnott and Stevie Kirk who have taken up positions within the club as part of the Community Development and Hospitality teams.

But it's on the park that the Steelmen have really benefited from the lure of the return to Fir Park. In recent seasons Motherwell fans have turned out to mark the contributions of Stephen Craigan and Stevie Hammell in testimonials, but both of them have had spells away from Fir Park breaking their service. Craigan enjoyed two very successful campaigns with Partick Thistle and Hammell an eighteen month spell in England with Southend before the attraction of a return to 'Well proved too good to refuse. Hammell, with some luck on the injury and suspension front, will break 500 games for Motherwell in the 2013'14 season ahead.

Slightly behind him in terms of appearances but no less well regarded is current club captain Keith Lasley who, like Hammell, sampled life in England with Plymouth Arygle and Blackpool before being brought back to Fir Park by Maurice Malpas, unquestionably one of the few successes of his turbulent season in charge of 'Well. 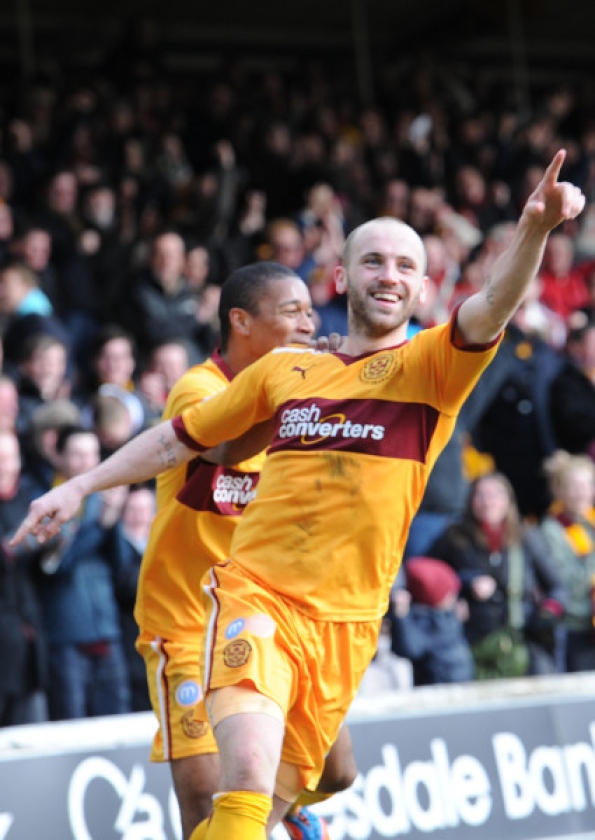 It was Billy Davies who gave debuts to Hammell and another club icon who returned for a second spell in the claret and amber, James McFadden (left). Faddy had ofcourse promised to make a return to Motherwell but whilst always hopeful, few believed that would happen until much later in the Scotland player's career. But return he did and netted five goals in ten starts as the Steelmen nailed runners-up spot in the SPL.

The regular flow of returnees begs the question just why so many players chose to return to Motherwell. Perhaps Sutton sums it up in his press conference after re-joining.

"Most of the fans were kind to me when I left and were brilliant with me when I was here so it was a no brainer. I felt at home here last time, I enjoyed coming to work every day and I am sure that will be the case again now."

There is no question that behind the scenes Motherwell have gone to some lengths to make the working evironment the best it possibly can be for the players and coaching staff, a fact regularly remarked upon by the club's employees and indeed those who have moved on and have discovered the green isn't always greener elsewhere.

There has also been something of a sea change off the park also with the Motherwell "Bois" transforming the level support given to the team and creating a strong bond between players and fans that culminated in the team joining the "Bois" at their section of the East Stand for a sing-song at the final home game of last season.

The road back to Fir Park looks like it may conitnue to be a busy one for a good while yet!

Motherwell Season Preview - Is European football a possibility? 3 years ago

Are Scottish Clubs Shooting Themselves In The Foot? 9 years ago

Fir for Purpose? 10 years ago

Full of Eston Promise 10 years ago

A Passion Called Motherwell 10 years ago
//