There's a moment etched into the memory of every City fan, one that ensured Micah Richards' status as a True Blue legend almost immediately. 1-0 down in 2006's FA Cup 5th Round tie against a stuffy Villa side, City were on the verge of crashing out of the competition, the sniff of silverware gone for yet another season. Then, in the dying seconds (we really should have known), young academy product Richards - only 17, yet with enough determination and talent to force himself into City's first team - stepped into the box ready for Joey Barton's (remember him?) corner.

It was the last kick of the match, City's final throw of the dice; even David James had come up, as all goalies worth their salt want to do at such moments. Still, every City fan at Villa Park and around the world that night knew one thing; nothing would come of this corner. The Blues had dominated the match, and once again lived up to their role as valiant also-rans with aplomb. To snatch a tie-saving draw from the jaws of defeat was just not City. Cue a bullet header, a replay against Villa at CoMS and a teenager swearing on primetime BBC 1. Micah Richards the City legend was born. 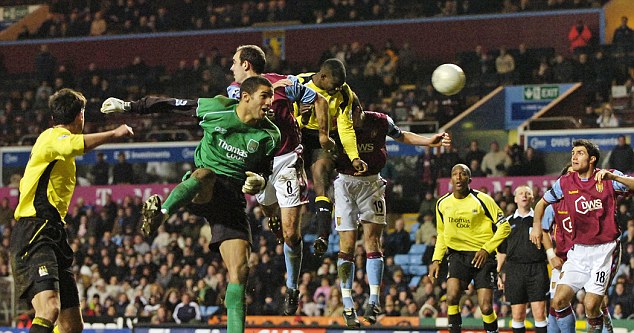 Richards' exploits that evening have stuck in the mind for a multitude of reasons. Although City went on to beat Villa 2-1 in an ultimately nervy game that they once more should have won easily, the Blues naturally lost to West Ham at home in the Quarter-Finals, thus ending any hopes of a Richards- led fairytale FA Cup win. But typical City aside, Richards proved in his promising first senior appearances for the Blues that not only was he possesed with great talent and potential, but something altogeher more rare.

Scoring the equaliser at Villa Park for City on that dull February night back in 2006 meant as much to Richards as it did to the few thousand hardy City fans who'd made the trip down to the Midlands, and to the many more watching or listening to the game with everything crossed at home. The whole City side celebrated the equaliser with the passion and joy that is born out of knowing that this might be the greatest moment of your career, because eight years ago, a cup run and avoiding relegation was the zenith of City's ambition. To see such emotion truly reflected by your team is one of the most poignant things about sport. Beside himself that City had drawn and incredulous that he'd scored the equaliser, from that header on, Micah was one of us.

Fast-forward to September 2014, and not even the most delusional City fan from 2006 would have guessed which battles the Blues would be fighting now. We may have hoped, but no-one would have ever really predicted, that City would be transformed into the richest club in the world in September 2008, thanks to Sheikh Mansour's investment. From that moment on, City were singing from a different hymnsheet, and the years of slapstick underachievement perpetuated by a lack of connections, infrastructure and cold hard cash were about to change.

Many former Blues epitomise the various Citys we knew and loved before the Mansour era; the swoon-inducing play of Bernarbia and Berkovic that made us believe again; the goal machine that was Shaun Goater; the enigma wrapped in a mystery that was both Sibierski and Samaras (surely, in a way, the ancestors of Dzeko, no?). The key with all these players is that whilst they were decent, good footballers for the most part, they were decent, good footballers only up until to a point. The journey which City embarked upon in 2008 would take the club further away than we could ever imagine from rollercoasters, relegation battles and mediocrity. That Richards somehow bridged this divide, having been nurtured in a very pre-Mansour world, is testament to the talent the former England international has, and his desire to play and succeed for the club he called home.

Of course, it must be remembered that back in the Noughties, Jim Cassell was doing exemplary things at Platt Lane, and a whole host of City academy graduates went on to appear for the first team, often enjoying top flight careers with the Blues, if not elsewhere. The likes of Stephen Ireland, Shaun Wright-Phillips and Nedum Onuoha suggested a bright, youthful future for City back then, a future everybody envisioned Richards being an important part of. A full-back who harboured striking pretensions, the sight of Richards charging forward into the box brought as much glee into City hearts as it did fear into opposition stomachs.

It is interesting to muse on what Micah's City career would have been like, minus the money. He was a crucial part of our Title-winning 2011/12 side, and has, of course, been incredibly unlucky with injuries, but I reckon he would have faired much the same. Pablo Zabaleta, the man who came to eclipse Richards, was bought by City on 31 August 2008, so has most definitely bridged the gap between both Citys too. Held as he is in such high esteem these days, it is easy to forget how Zaba was originally viewed as second choice to Richards. Whilst the Argentine transformed into a truly world class fullback, Richards was left by the wayside somewhat, and concerns in recent seasons over his fitness, motivation and positional awareness have been exacerbated by the super-human feats of Zabaleta.

That said, Richards can look back at his career so far with justifiable pride. Still only 26 - a fact easy to overlook, considering he's been part of the furniture for so long - City's erstwhile defender has clocked up 246 appearances for the Blues, scoring 9 goals, making 14 and playing 19,833 minutes (all stats courtesy of transfermarkt.co.uk). Richards might have picked up 31 bookings, but was never sent off for City; hardly surprising for a player who never stops smiling. Add to that 13 full England caps, 5 appearances for Stuart Pearce's Team GB during the London 2012 Olympics, a Premier League Winners' medal in 2011/12 and an FA Cup Winners' medal in 2010/11, and you have the sort of career most footballers can only dream of. The question is, does Richards' want to settle for that? His move abroad suggests not.

Not only will Richards get to link up with former Blues Stevan Savic and David Pizarro at Fiorentina (the alma mater of current Blues Nastasic and Jovetic), he has the opportunity to reignite his career in Italy. A new language, culture and way of playing football brings with it its own challenges, but Richards has the talent and the nous to get past these obstacles if he so desires. As a City fan, I most definitely feel a sense of lingering regret at Richards' departure; another link with the club I grew up with has gone, and it's hard not to feel disappointed that Richards' time at City has fizzled out in moribund fashion.

Seeing him invited onto the pitch by his captain Vincent Kompany, along with fellow bit-part players Richard Wright, Dedryck Boyata and Marcos Lopes, when City were proclaimed Premier League Champions for the second time in three years back in May was heart-wrenching. A former shoo-in for the long term City captaincy, England's youngest defender ever has seen his career go through the most tumultuous change of all since those match-saving heroics almost a decade ago. Once the prize carp in City's quaint garden pond, Richards flattered to deceive before ending his time at Manchester as a pilot fish struggling to keep up.

What Richards needs most of all now is the chance to prove himself again. Regular games, an injury-costless season and success in the Europa League would allow himself to remind everybody what we saw in him all those years ago. Good performances might even see Richards move into England contention once more, and may persuade Fiorentina to make the loan deal permanent next summer. Richards will not be the only Englishman in Serie A this season, and it will be intriguing to see who fares better out of the former City man and Ashley Cole, once of Chelsea, now plying his trade for Roma. 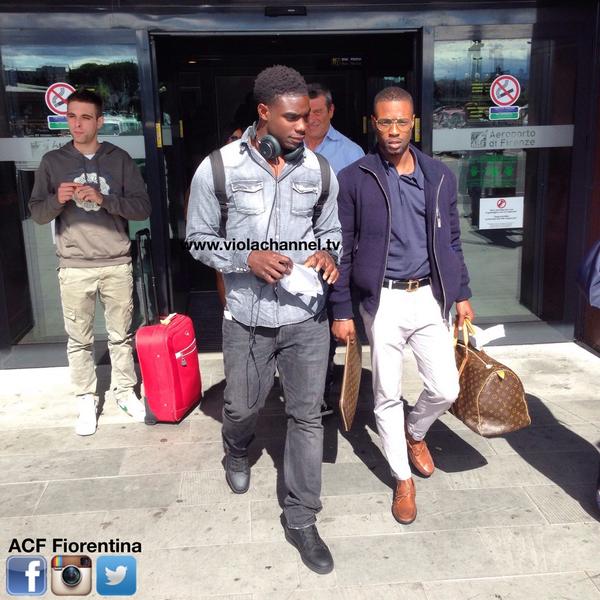 Indeed, if Richards enjoys success and La Dolce Vita, he may inspire other young English footballers to do what they should be doing anyway - going abroad, playing games and opening their minds to different tactics, cultures and ways of playing the game. Having fallen even further down City's pecking order after the summer acquisitions of Bacary Sagna and Eliaquim Mangala (Richards can also play centre-half), leaving City was only ever going to be the best option for Richards, who is rumoured to have refused a pay rise at City in order to play regularly elsewhere.

Torn between excitement and regret at his move, the right-back told The Daily Mirror that, given his long service at City (he joined the club in 2001) '...I obviously leave with mixed emotions [...] I just wanted to thank all the City fans and staff for their incredible support since I made my debut in 2005. They're the best fans in the country, and I'll always love the club.' Despite the less than perfect ending, and despite the obvious, uncomfortable truth that City simply didn't need Richards anymore (though we still wanted him), the mutual respect between player, club and fans will always last. Best of luck in Italy, Micah. We'll always love you, too.

'I had a great year': World champion Alvarez relishing life at City and thirsty for more success 9 days ago

Manchester City 2-1 Borussia Dortmund: Haaland the hero as City come from behind 4 months ago