Since the Puskas Award was devised six years ago many unknown quantities have been put forward for FIFA’s goal of the year. However, Dubliner Stephanie Roche has arguably been attracting more media attention for her nomination than any other.

“A lot of people will vote for Messi because of his fanbase. It's going to be tough because no-one around the world really knows me,” said Northern Ireland’s Matty Burrows ahead of the 2010 ceremony. In the end the forward overcame the four-time World player of the Year in the rankings, finishing in third place, receiving 10.61% of the votes. The accolade went to Hamit Altintop for his strike with Turkey, but it was proven that reputations won’t get you far in this game.

The now 29-year-old found it all too much to take in, something that’s been on the mind of this year’s finalist. Speaking to VAVEL, Roche stated: “All the positive wishes have been fantastic! I'm not sure if it really has sunk in fully yet, I suppose it's only when I see myself in a paper or on the internet that I realise that this is really happening.”

It was on the internet where the goal’s reputation began to gather momentum. The 25-year-old’s spectacular shot came in the Women's National League, Republic of Ireland’s premier division. Playing for her former club Peamount United, the striker took a touch away from goal and flicked it back over the defender’s head before unleashing a magnificent volley past the Wexford Youths goalkeeper.

Games in Greenogue Newcastle are not ordinarily filmed, so it came to a surprise to all that the opposition on the day were taping the game. Peamount manager Eileen Gleeson asked if she could use the footage, something the Ireland international is truly thankful for.

“Eileen Gleeson was the Peamount coach, she asked the guys at Wexford Youths if she could use the footage. I'm so grateful to her for that, if it wasn't for it going up on YouTube nobody would have seen it or heard about it,” said Stephanie.

Millions from around the globe have viewed the goal in all it’s glory, including football’s finest. David Luiz, Gary Lineker and Laurent Blanc have all shown their support with the latter naming it ‘magnificent’.

The public vote has narrowed the nominees down to a final three. Roche will go up against established superstars Robin van Persie and James Rodriguez for the prize. The former has been singled out for his header against Spain in this Summer’s World Cup, while Rodriguez was sighted for his sumptuous effort in the second round of the same tournament.

“I think it's safe to say it's right up there [In my career]. Playing and scoring for my country is always a great honour but to be named on a list with this calibre of player is truly amazing.

“I watched Rodriguez at the World Cup and was so impressed by him as a player and I'm a Manchester United fan so to be named alongside these top players is phenomenal,” replied the former Dundalk City woman.

Roche has since transferred to a professional club, the first of her career. Despite playing in the Women’s Champions League, receiving a golden boot for her 26 goal haul in 2012, lifting two separate pieces of silverware in Ireland and representing the national side; the striker was quick to bat away critics claiming the move came because of her goal.

“It's certainly got me recognised but I think my track record before the goal shows that I'm a consistent player. I’m now getting the opportunity to play full time can only help improve my game and make me a better player.”

ASPTT Albi’s new signing has made nine appearances for the French club, scoring twice in an attempt to push Albi away from the relegation zone. 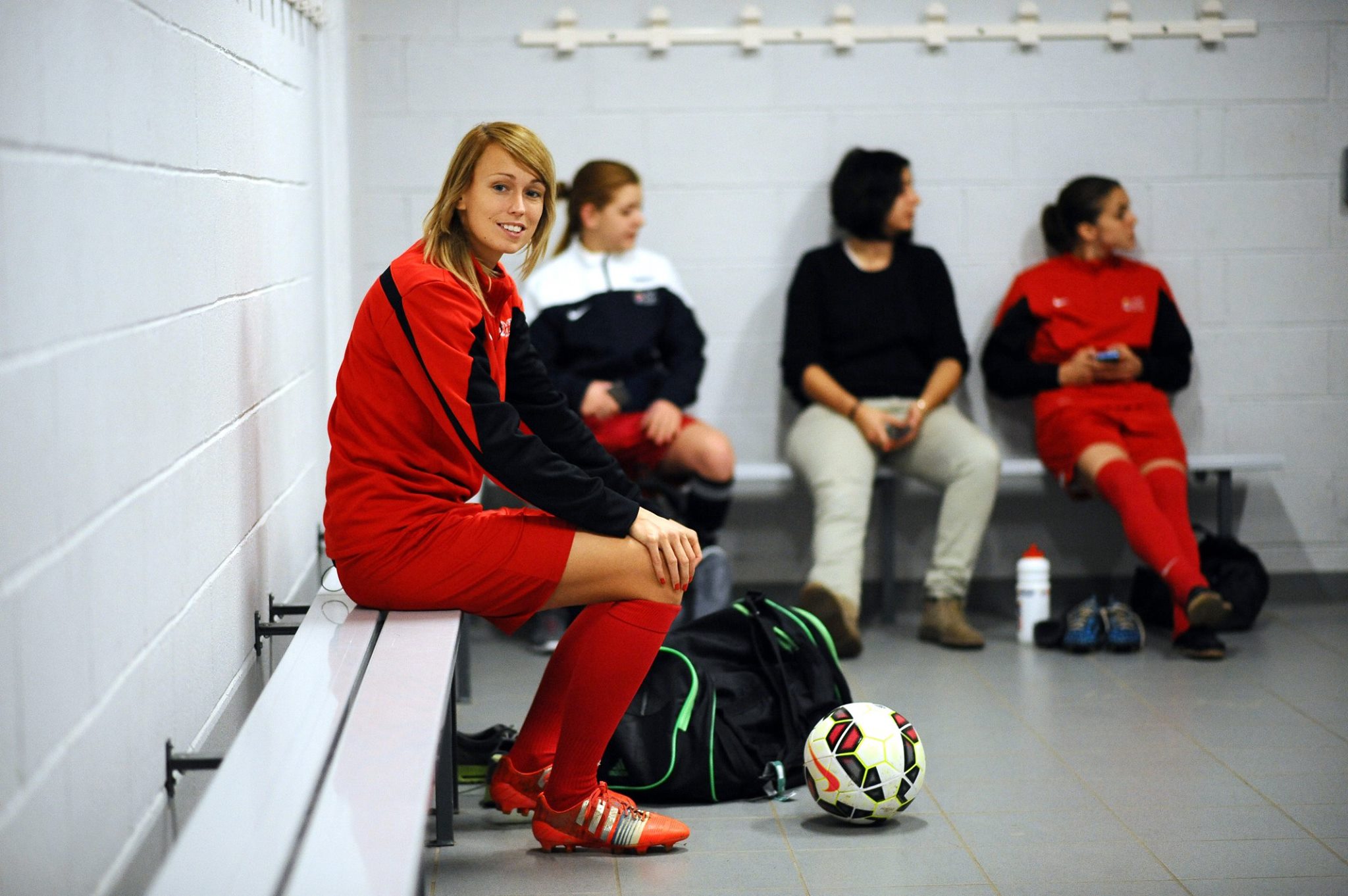 “I'm hoping to get a regular place in the team, score more goals and get us as high up the table as possible.” She stated when quizzed about her personal aims for the season.

Fixtures at the Stade Maurice Rigaud average an attendance of 500, this is compared to the small crowd of 95 when ‘that’ goal was scored in 2013. However, Roche has amassed 24 caps for her country and is subsequently not phased by the increase in atmosphere.

“League games in Ireland didn't attract huge crowds, but the attendance at the international games has increased and we'd often had over a thousand at matches, but it's definitely different having the crowds there week after week.

“There's more funding over here so the setups are more professional. It's [Irish football] improving all the time at home so hopefully it will soon be a similar standard.”

The hype comes closely after England Women’s groundbreaking game against Germany in November. The friendly attracted over 55,000 fans, a new record for the England team. Stephanie is one of just six women to be nominated for the Puskas Award, named after the prolific Hungarian and Real Madrid attacker, and says it signals the growing nature of the sport.

“The women's game has come on in leaps and bounds over the last number of years. It’s still far behind the men's game in terms of funding levels but it's improving all the time. When I was growing up I had to play on a boys team because there were no girls teams around, now most underage clubs in Ireland have both girls and boys teams.”

The ceremony takes place in Zurich on January 12 and with the Ballon d’Or accreditation occurring as the main event, this newcomer can hardly wait.

“I really can’t wait for the ceremony, I think I'll be nervous and excited on the day, but it will be great to be part of the occasion.”

To vote for Stephanie Roche to lift the trophy, simply click here and select Roche as your chosen option. 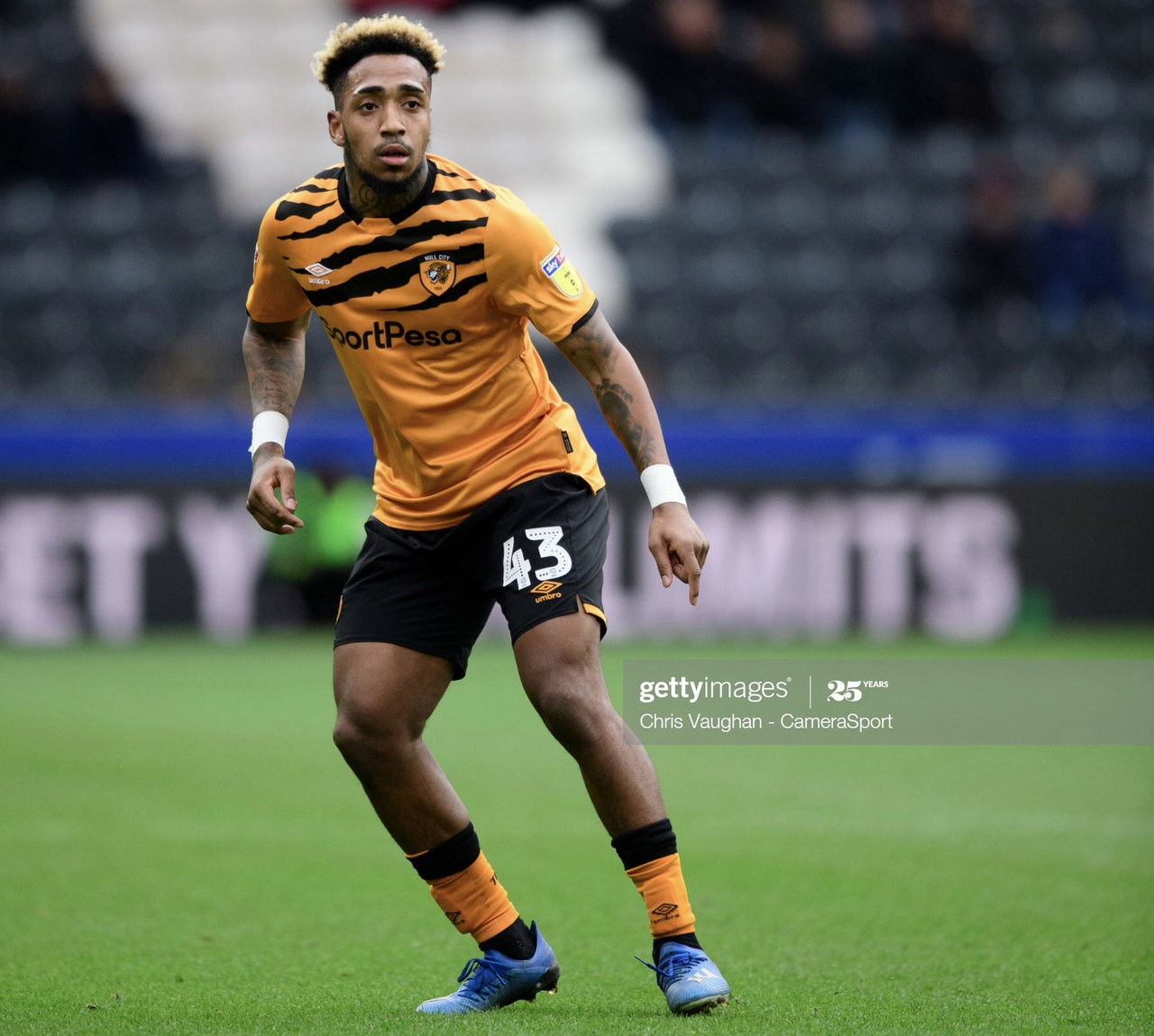 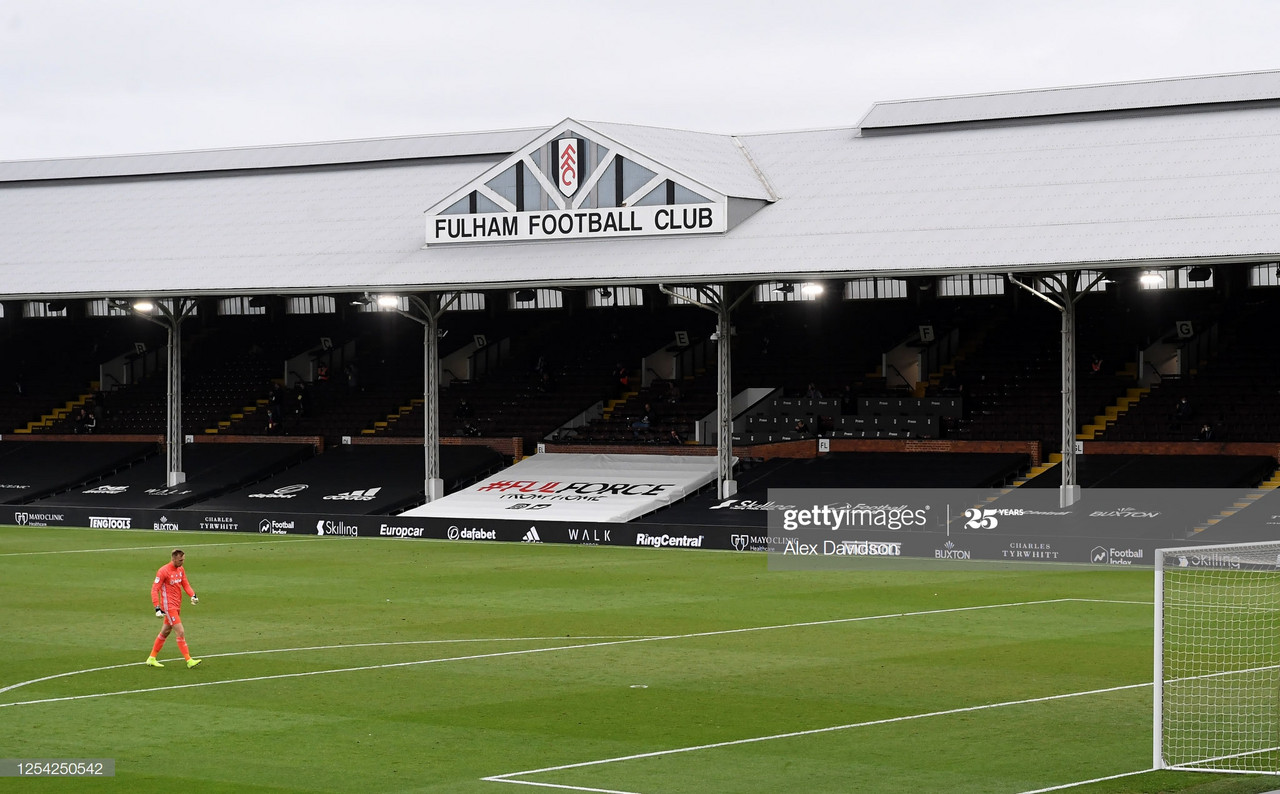 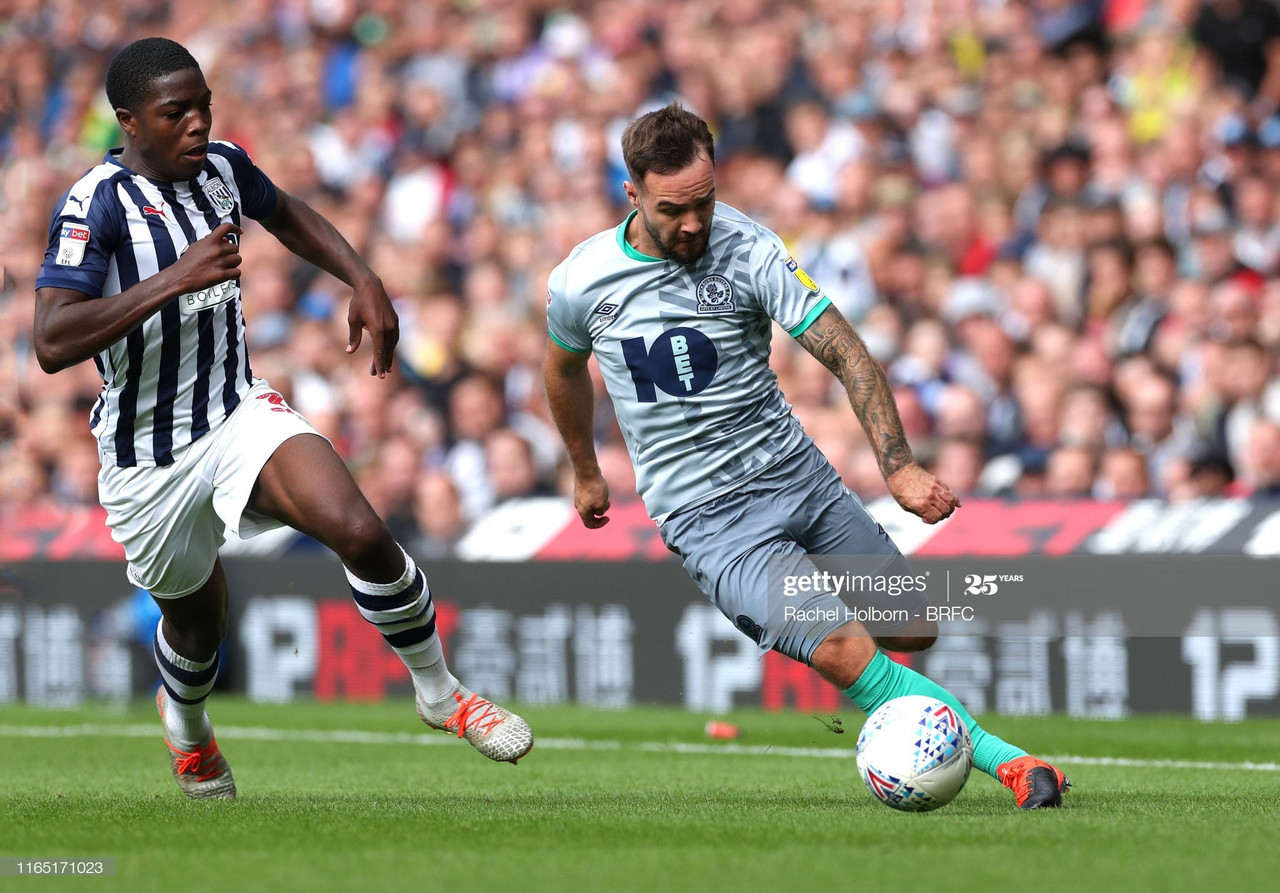 Encouraging signs but is it too little too late for Kurt Zouma?20 hours ago

Brighton & Hove Albion 1-3 Liverpool: Salah at the double as champions cruise at the AMEXa day ago 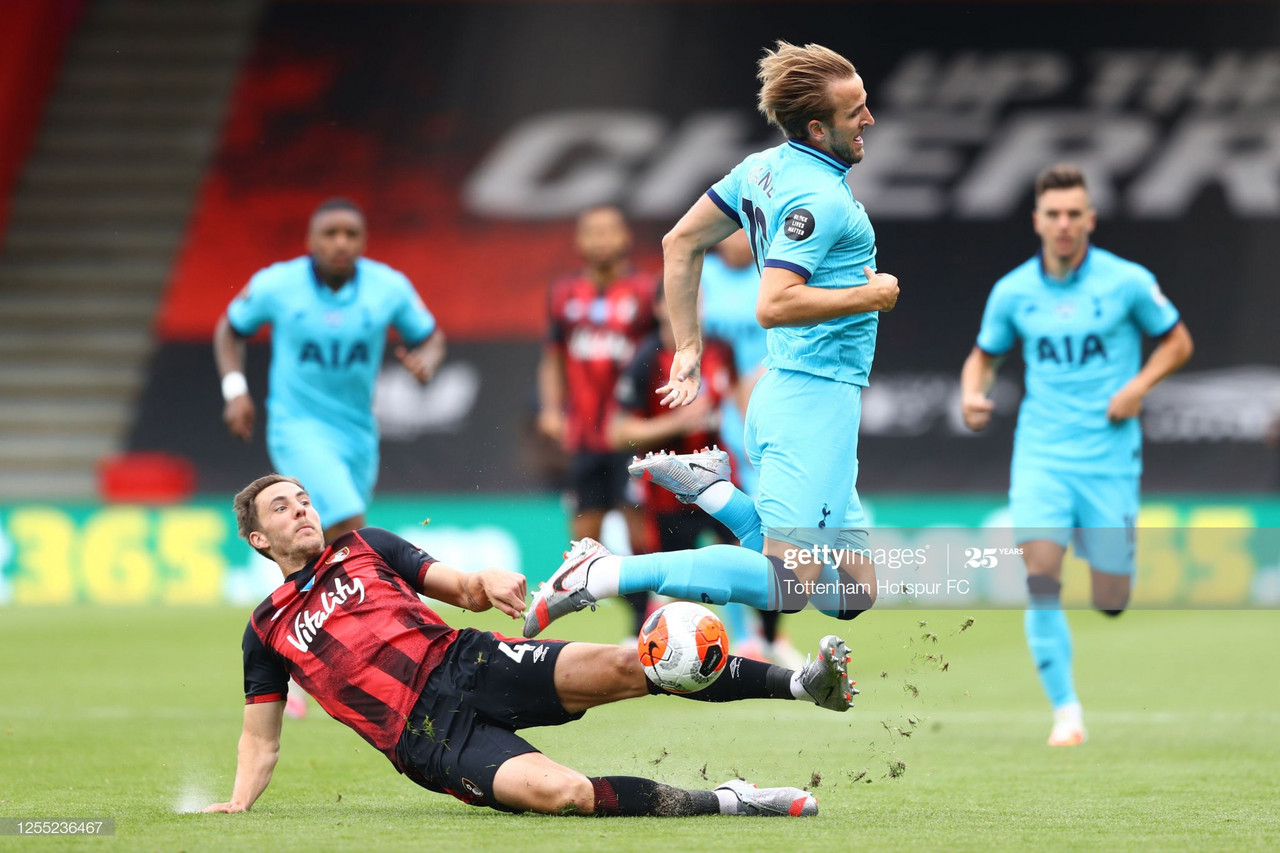 Tottenham held by Bournemouth in lifeless affair 17 hours ago 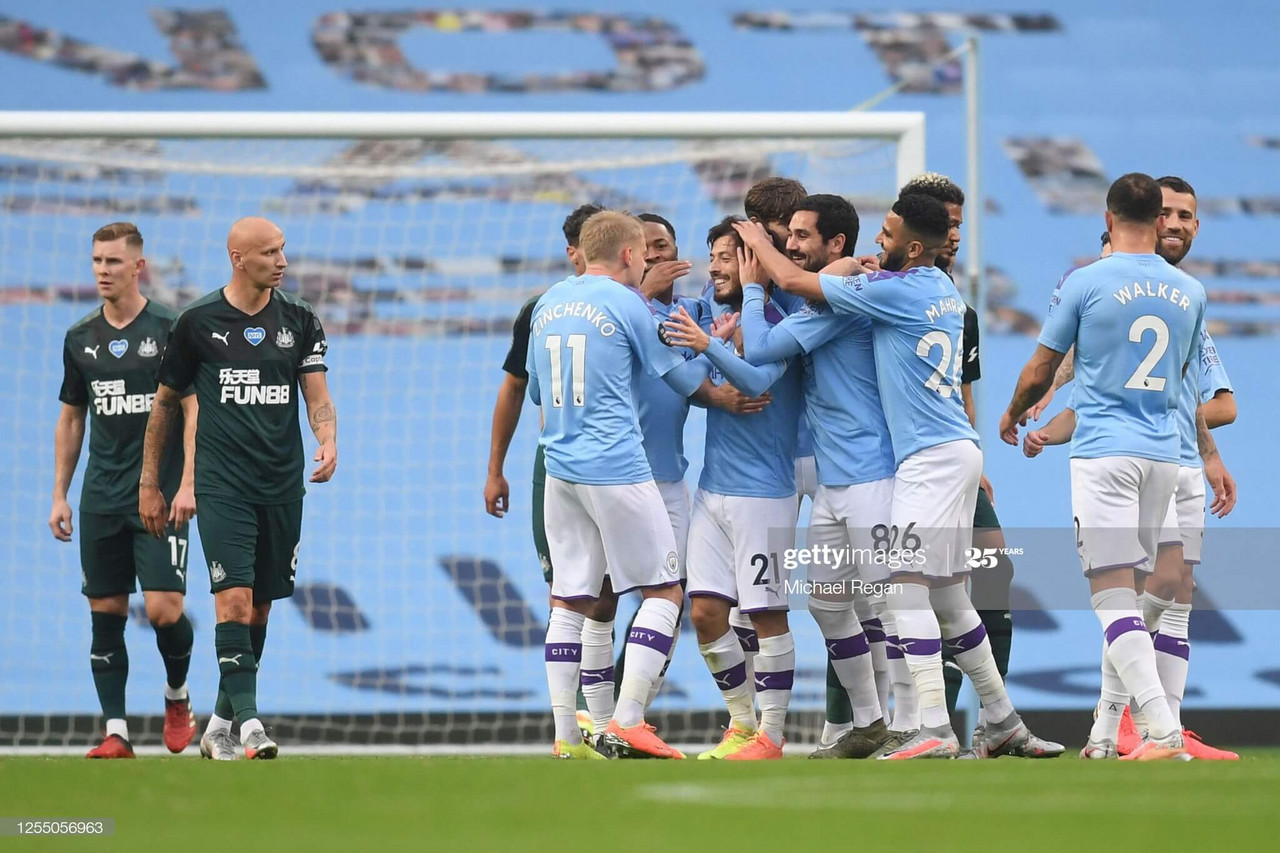 'Our squad is young but the team is full of potential' - Emma Berglund, Göteborg FC captain talks about the 2020 seasona day ago
Restore your password
Please enter your user name or email.
Login Member or Writer Panel
Enjoy your own Customized Newspaperwith VAVEL topics' carousels!