Alan Irvine is having a torrid time of managerial life at the moment, looking nervously over his shoulder as he frets about West Bromwich Albion's tendency to fire their struggling managers at the midway point of the campaign. The Baggies will face a stern test when Paul Lambert brings his Aston Villa side to the Hawthorns on Saturday.

"He's a massive danger for them, so we're going to be very wary"

Villa's giant Belgian Christian Benteke caused havoc in the clash last season at Villa Park, scoring the winning penalty in his side's 4-3 win. It is unsurprising, then, that the West Brom players consider him a threat, with defender Chris Brunt - who confirmed as sidelined for the game at the weekend - saying the defence is in for a tough ride: "We were all over the place last season,” said Brunt. "On the night Benteke caused us all sorts of problems. He’s a massive danger for them; he’s a big player, so we’re going to be very wary of that at the weekend after seeing the damage he caused last time." Whether that will be enough to keep out Villa's star striker, remains to be seen.

West Brom's immediate concern, however, needs to be on collecting some points, after just picking up one point in five matches, and only one win in their last nine games. Their positive start to the season seems a lifetime away now, as they sit just a point above the relegation zone. A missed penalty against Hull City last weekend just compounded the misery of the Baggies' fans, as they limped to a 0-0 draw. Irvine needs to fine some inspiration - and fast.

"There've always been really good games with lots of goals"

For Lambert and his Villa side, the miserable string of results has come to a stop, and they have finally found themselves climbing back up the table once more. The Villa manager expects that the game will be nice and open, however, and imagines that there will be goals in the high-octane derby battle: "Anywhere you go, derby matches are massive for supporters," he said. "The derbies between Villa and West Brom that I've been involved in have always been really good games with lots of goals in them and I don't think this one will be any different."

Villa's recent revival - including back-to-back wins against Crystal Palace and Leicester City - after six straight defeats - puts them back in a promising 11th place in the league table, but fans must be wary. The performances have far from been spectacular, and the positive results have coincided with games against the Premier League's lowest sides. They are games that Lambert's side have had to win, however, and the results will give them confidence ahead of a tricky trip to the Hawthorns on Saturday. 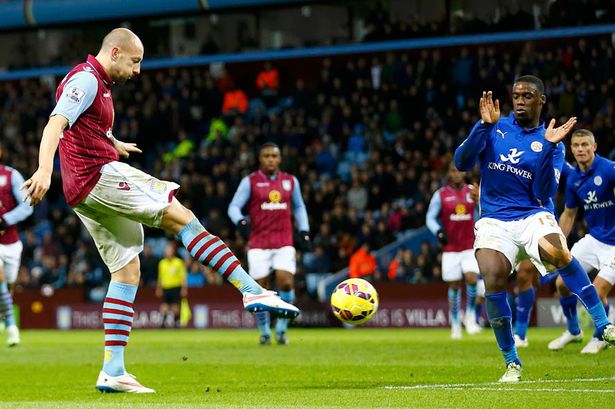 The home side's major news is that forward Victor Anichebe is a doubt because of an ongoing groin problem, so Irvine could call upon Saido Berahino or Brown Ideye. Jonas Olsson and Chris Brunt are out through injury, but West Brom could call upon Stephane Sessegnon as he overcomes a calf strain sustained at the weekend.

The visitors will be without Ashley Westwood until the New Year after suffering a knee problem but Andi Weimann is available after serving a suspension. Tom Cleverly remains a doubt with a bruised foot, but Fabian Delph and Ron Vlaar could return to strengthen this Villa side.

Valérien Ismaël: What he needs to do before the start of the Championship season 3 months ago

West Bromwich Albion 2020/21 Season Review: Not even Sam Allardyce could save Albion from relegation 3 months ago

West Bromwich Albion Vs Newcastle United preview: How to watch, kick-off time, team news, predicted lineups and ones to watch 7 months ago