In without a doubt, one of the most impressive results of the Premier League season, Arsenal surprised many doubters with a 2-0 away win over the defending champions Manchester City at The Ethiad on Sunday afternoon.

The reason why it was such a shock to many, is because of the fact that Wenger's team have a poor record against their top-four rivals, but they looked calm and composed, without a significant amount of trouble during their trip to Manchester. This means that they are only a point off the top four places - but they would be in a better position if they were playing more consistently this season.

STAT: The Gunners have failed to win more than two successive Premier League matches this season, showing their topsy-turvy results.

Ramsey had this to say, after the victory: "We have got a lot to play for this year so hopefully now we can build on this performance and that will give us even more confidence going into the business end of the season. There is still a long way to go in this league. Many teams are taking points off each other. We will just have to concentrate on our game and hopefully go on a big run and see where that takes us at the end. It was important to win because all the other teams won - the pressure was on us."

"Manchester City have made this place a fortress over the years; not many teams come away with three points so we are delighted with the way we went about it and we are happy we closed the gap."

STAT: Sunday's 2-0 win was the first time Arsenal had beaten the defending champions in the league since April 2012, where a lone strike from Mikel Arteta sealed a 1-0 victory at The Emirates. 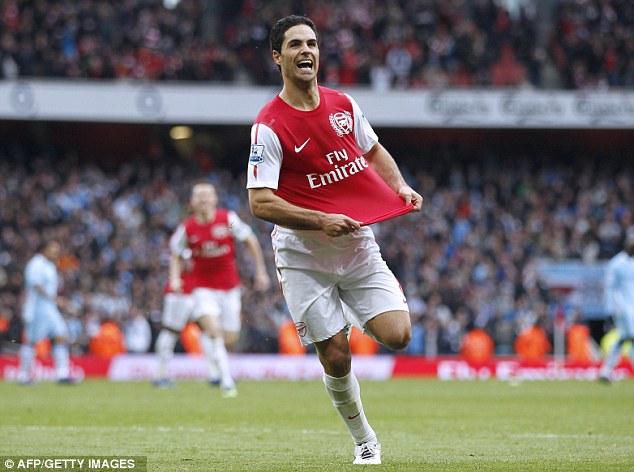 Arsenal's attacking ability has nver been questioned, but their defensive capabilities and shape, especially when defending against teams away from home, has been analysed on numerous occasions when they fail to win matches you would expect them to.

A prime example of this, includes their 3-3 draw against Galatasaray recently - in the UEFA Champions League group stage, where they were cruising to victory after 60 minutes but got too complacent, and the Turkish side hit them with momentum after getting a penalty decision in their favour.

Also, they managed to drop points against the likes of Swansea, Leicester and Stoke away from home. All matches that they probably should have won in truth.

Ramsey added: "We have always been confident coming into these games but we have been a bit too open in the past and we have paid the price for that. On Sunday, we defended really well. We kept our team shape tight defensively and we took our chances when we needed to. We have shown what we are capable of doing; we are going to have chances in games. So if we can keep a clean sheet like we did yesterday, we are always going to have a chance to win."

Will they go on an unbeaten run? Time will tell. Wenger's men have Brighton (FA Cup), Aston Villa and local rivals Tottenham in their next three fixtures.

Opinion: Darwin Nunez could be the answer for Arsenal 4 hours ago

Mikel Arteta reflects on the Leicester City defeat 20 hours ago

Rapid Wien vs Arsenal preview: How to watch, kick-off time, team news, predicted lineups and ones to watch 5 days ago