Following Everton's disappointing defeat on Thursday night against Ukranian side Dynamo Kiev, essentially knocking them out of this year's competition after losing 5-4 on aggregate over the two legs, manager Roberto Martinez has praised his side's determination and efforts to bounce back from their Euro disappointment and win an important game they were expected to, although it was not as easy as many may have thought.

Goals from right-back Seamus Coleman and a first for loanee winger Aaron Lennon sealed the three points for The Toffees, this is what Martinez had to say in his post-match interview. 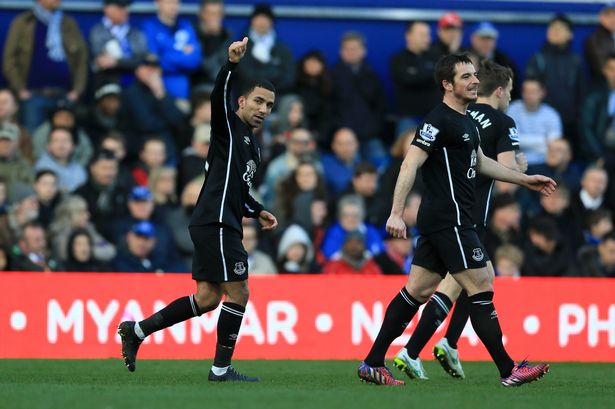 When questioned, Martinez said: "An outstanding performance, in terms of their grit, personality, the way we had to adapt to the type of game it was going to be. Obviously, we've coming out of the back of Europe, and found it difficult to come back [into the Premier League] and record wins. I've seen Queen's Park Rangers play at home, and they have been very unfortunate against Tottenham, Arsenal; creating many chances and the results may have gone either way [in those fixtures]. I think, apart from the corner, we defended well - at times we had to be very clever, but also scored two outstanding goals from open play."

He also stated: "That performance with that focus and determination is more satisfactory than a normal victory - we have to focus on the remaining games in the season, we've got eight left to play and we want to finish strongly."

QPR are in deep relegation trouble after their recent 2-1 loss, whilst Everton have leapfrogged West Brom into 13th place with 34 points as a result of their display at Loftus Road on Sunday afternoon.

Everton 3-0 Salford City: Sirgurdsson shines as Everton progress into next round a month ago

VAVEL's 20/21 Season Previews: Everton at last set to deliver a month ago

Can Ancelotti get James Rodriguez firing one more time? a month ago

Moshiri digs deep again but will it reap rewards for Everton? a month ago

What is it like working with your son? Carlo Ancelotti explains 2 months ago