Everton right back Seamus Coleman has been quick to praise John Stones, his defensive partner who has won nationwide plaudits since his arrival at Goodison Park in 2013.

Stones is a "top-class" player

Coleman called Stones "a top-class player" for his age, praising his willingness to "listen to anyone" and stating that there is "nobody better" at the club to learn from than Jagielka, pointing to his international experience with England as a source of information for Stones.

Stones is currently away with Gareth Southgate's England under-21s, preparing for the European Championships in the Czech Republic, where they are to face Portugal on Thursday.

It has been an impressive rise to prominence for the 21-year-old central defender, who was signed by former manager David Moyes from Barnsley in 2013 for a nominal fee.

Speaking in January, Stones was quick to express his gratitude to Jagielka, describing him as a "perfect mentor".

Stones said that the list of things young players such as himself could learn from established internationals such as Jagielka was "endless", with his impact "hard to describe".

The youngster also acknowledged his other defensive partners, who he added "have helped [him] through a lot of games" over the course of the previous season in the Premier League, though he maintained that he "likes to put [his] own stamp on things".

Stones made 23 Premier League appearances last season and will be looking to improve on that, with the departures of Sylvain Distin and Alcolin Alcaraz. The four-cap England international has looked assured when called upon by Toffees manager Roberto Martinez, who will be eager to hold on to Stones, one of his brightest young talents, this summer. 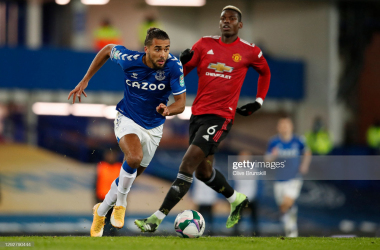