So another trophy for Bayern Munich, as Real Madrid head home to prepare for the start of the La Liga campaign in few weeks. I've been Neil Leverett to guide you through proceedings. Thanks for your company, see you again.

Rafa Benitez is unlikely to lose sleep over this result, with Cristiano Ronaldo, Gareth Bale and Karim Benzema all absentees.

So Bayern Munich once again win the Audi Cup. Real Madrid goalkeeper Keylor Navas kept the hosts out on numerous occasions, but in the end a winner three minutes from time is enough for Bayern and Pep Guardiola.

90 mins +1: SAVE. Navas denies the hosts a second and once more Costa forces the Real Madrid keeper into action. Lewandowski was lurking for the rebound, but can't quite latch onto it.

87 mins: GOAL! Bayern 1-0 (Lewandowski) Douglas Costa has been outstanding this evening and after Bayern win a free kick on the right after Arbeloa fells Costa, Douglas takes the freekick and places a pin-point cross into the lap of Robert Lewandowski, who pokes into the net. surely the winner?

86 mins: Douglas Costa continues to be a menace to Real Madrid, jinking and turning into space. Then running onto a ball for his own and shooting just wide.

83 mins: Bayern go in search of a winner, but as Costa switches to the right flank, the Bavarians are yet to break the deadlock.

81 mins: Lewandowski probes once more and receives the ball in the penalty area from Costa but cannot quite turn into enough space to get the shot away.

Substitution: Fabian Benko is on for Rafinha

78 mins: GREAT SAVE. Pierre Emile Hojbjerg test Navas from range and the Costa Rica palms the ball away. Rafinha delivers again but the cross is cleared. Navas has had a busy evening.

77 mins: just a reminder if we are goalless after 90 mins, we will go straight to penalties..

75 mins: Sebastian Rode fires over the bar of Keylor Navas

70 mins: with twenty minutes to play the game is opening up with eitherside threatening what might be a winner.

Substitution: Bayern make a further change as Xabi Alonso is brought off for Hojbjerg

61 mins: WHAT A MISS! How are the hosts not in front? Again Douglas Costa is the architect on the left and the Brazilian's ball is slid in towards Robert Lewandowski and the Pole, with the goal gaping manages to slide wide. What a miss!

Substitution: Real Madrid make a triple change as James Rodriguez comes on for Jese, Luka Modric comes on for Isco and Alvaro Arbeloa in for Marcelo at left back.

56 mins: Bayern are undoubtebly more of a threat with Lewandowski to aim for and his partnership with Muller again causes chaos in the Madrid area before the ball is shovelled away to safety.

54 mins: Benatia is again in the thick of the action as Alonso flights in a corner from the right, but his header is wayward.

50 mins: GREAT SAVE! Mehdi Benatia is booked for a challenge and from the resulting freekick, Toni Kroos' curling kick is tipped over by Neuer.

Substitution: as expected a host of changes. For Bayern, Robert Lewandowski is on for Mario Gotze, as is Sebastian Rode for Philipp Lahm. For Real Madrid, Marco Asencio and Asier Illarramendi are in for Casemiro and Lucas Vasquez.

The Allianz arena at night really is a 'wunderbar' sight.. 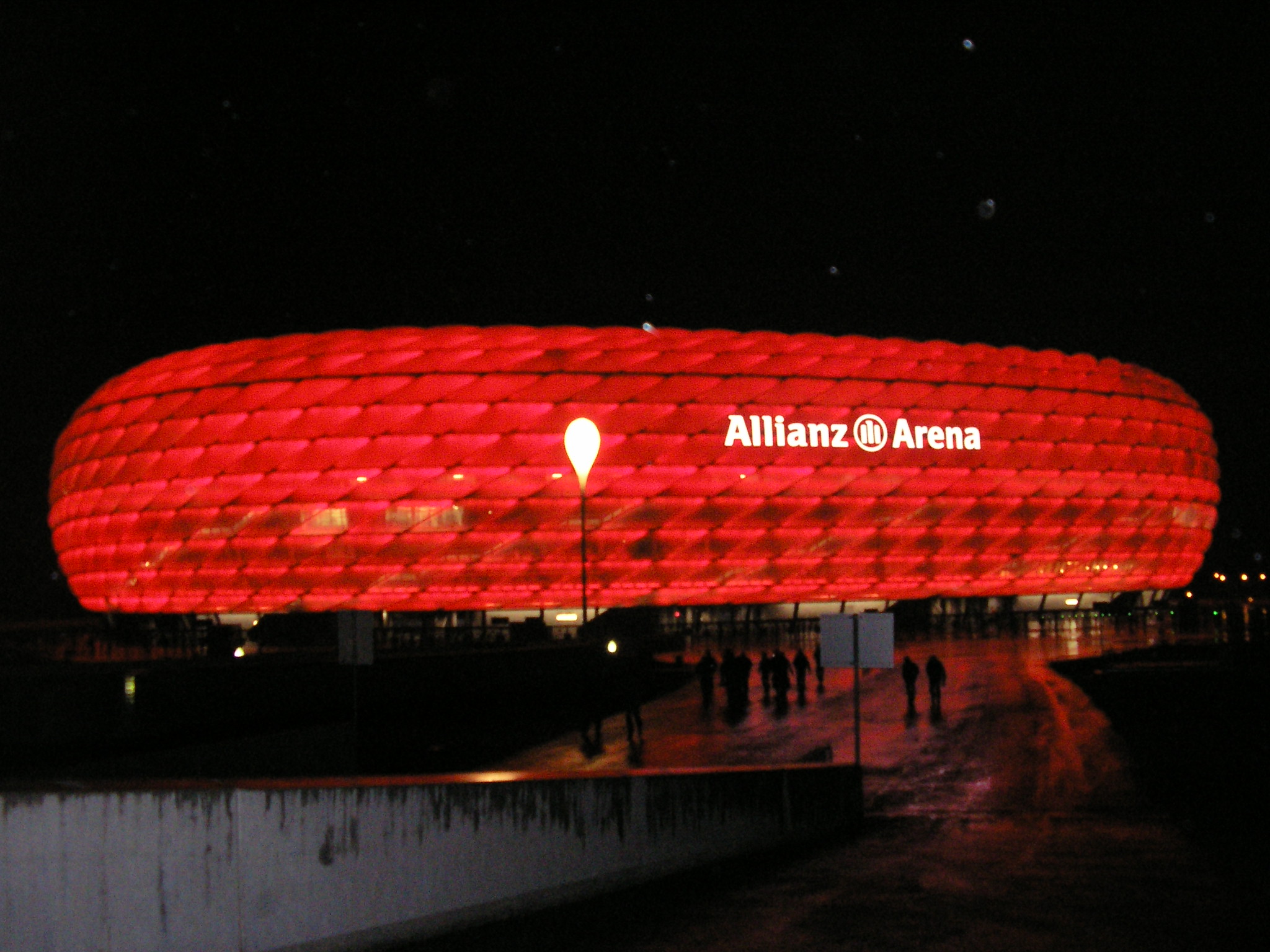 20.43 Both sides have a host of choices on the bench and we will surely see a wave of them in the second 45 minutes..

20.40 can we expect goals in the second half? Gareth Bale and James Rodriguez await on the sidelines for Rafa Benitez to use

HALF TIME: the half time whistle blows on a decent first half in Bavaria. The score remains 0-0

45 mins: PENALTY? No. Sergio Ramos goes down under challenge of Arturo Vidal. clearly pushed. nothing doing

43 mins: GREAT SAVE. Douglas Costa looks like he will thrive in the Bundesliga. The Brazilian leaves Nacho for dead and looks for Mario Gotze on the opposite of the field. Gotze shoots but his shot is smothered well and away by Keylor Navas.

41 mins: Ramos' knee deflected Muller's shot and on second viewing was oh so close to creeping in.

40 mins: the pace is being upped just before halt time in Munich. Again Bayern flood forward in numbers before a shot is charged down and Navas gathers.

36 mins: The Spaniard is booked for a challenge on Carvajal and the resulting freekick is whipped in but again cleared by the Bayern defence.

35 mins: Now its the vistors turn from a set-piece. Blazed over

33 mins: Lahm is brought down just outside the Real Madrid area by Marcelo. Alaba steps up..his shot is blocked by Los Blancos' wall and rebounds out to Xabi Alonso, who fires wide.

31 mins: CLOSE. After some nice interplay from the Germans, Philipp Lahm's passes wide to Thomas Muller, who narrowly shoots wide of Navas.

15 minutes to half time

29 mins: Real Madrid seem to be lacking a spark. The absence of Cristiano Ronaldo and Gareth Bale is clear for all to see. Jese not getting much support

27 mins: CHANCE. after a spell of midfield chess, the ball finds its' way out to Costa on the left and his drive is deflected away from goal by Sergio Ramos. A good old fashioned hoof away.

24 mins: Real Madrid's options all over the pitch and indeed bench are numerous. New blood Cheryshev is yet to get into the action. As of yet.

22 mins: On the counter attack from another corner, Real break with pace. Vasquez runs at the Bayern back line, and finds Sergio Ramos, but can't quite find Jese or Isco in a wide area.

19 mins: Vidal in a Bayern shirt looks a tad surreal still and yet fits like a glove (or shirt) . The Chilean midfielder then pursues a ball over the top but is eased out of play by Nacho.

16 mins: Substitution: In fact the Portuguese' day is run, replaced by Nacho, perhaps precautionary, although with Pepe you never exactly know..

15 mins: Pepe is down and requiring treatment.

12 mins: CHANCE. we spoke of marauding fullbacks and Bayern's David Alaba's traction engine of a left foot, is well blocked by Neuer but only for the rebound to put wide of Keylor Navas in the Madrid goal

10 mins: Isco continues to be busy across Madrid's attacking line and his industry via a Carvajal cross across the goal, brings us the first corner of the game. But is harmlessly nodded over the crossbar by Pepe.

8 mins: chance for Toni Kroos from just outside the area. The German midfielder shies from distance, as Manuel Neuer scrambles at his near post. just wide.

5 mins: have Real Madrid ever had a defensive full-back? Marcelo and Dani Carvajal will provide the visitors with plenty of ammunition on the flanks.

3 mins: The first shot in earnest is dragged wide by Muller, after some scrappy play in the Real defence

2 mins: as expected Rafinha and Philipp Lahm are likely to interchange on the Bayern right.

19.43 the teams are out at the Allianz Arena

19.41 note the presence of one Niklas Bendtner, scoring a goal and the decisive penalty versus the Bundesliga champions. How the worm has turned..

19.38 We have seven mins to kick off. Anticipation builds 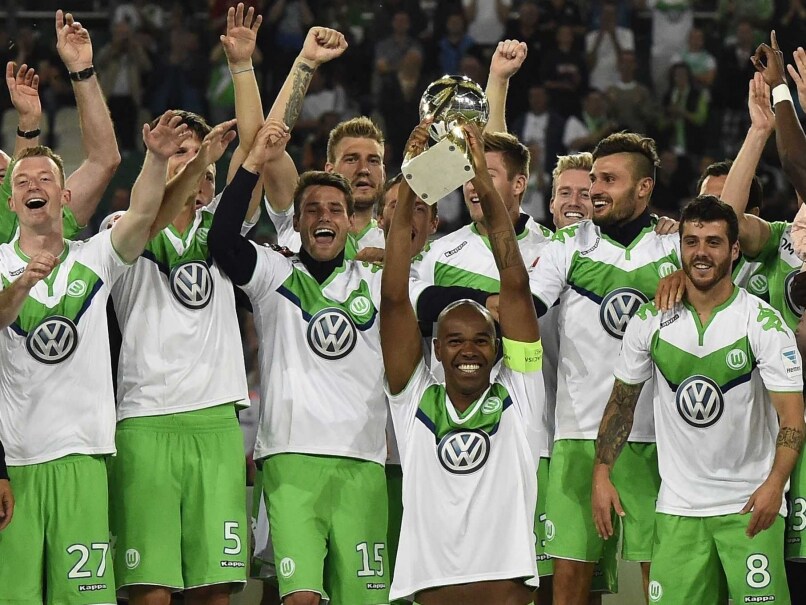 19.33 In recent years, Bayern and Guardiola have been used to almost blanket success, but already this season - albeit pre - Bayern have lost out to their apparent rivals Wolfsburg in the German Supercup this past Sunday

19.28 Both Cristiano Ronaldo and Karim Benzema continue to miss out again due to absence, however the Frenchman's absence only serves to ramp up the speculation, as Arsenal hover expectantly..

19.20 Toni Kroos makes his return to Bayern for the first time since making the move to the spanish capital two summers ago. Will he get a warm reception? 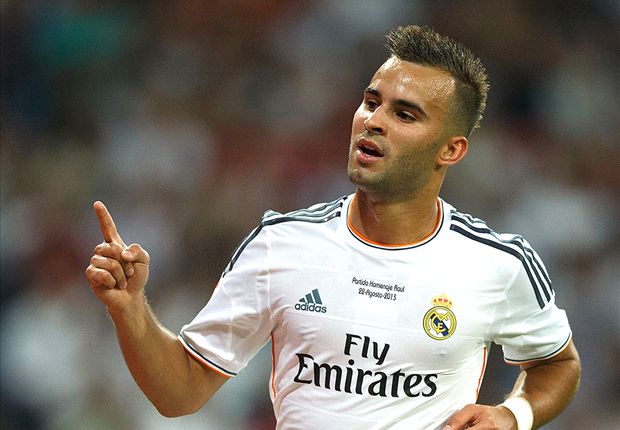 19.17 Benitez' use of Jese has raised a few eyebrows during pre-season but the Spaniard clearly likes what he sees in the 22 year-old..

no word on the Madrid bench as of yet.

THE TEAMS ARE IN..

6.58 As an hor d'oeuvres to the main event, currently both Tottenham and AC Milan are duking it out on the Allianz Arena turf, Spurs leading by two goals to nil, courtesy of Nacer Chadli and Tom Carroll.

6.55 So Bavaria is the setting for the finale of the Audi Cup this evening, as hosts Bayern Munich take on Real Madrid. Team news in two shakes of a lambs tale..

Linked with a move to Juventus in the off-season, Gotze played just six minutes against Wolfsburg in the German Supercup, whilst playing the full 90 minutes of football in just 16 of their 34 league games last season. Following the arrivals of both Vidal and Costa, competition for places this season will be even tougher.

The biggest news coming out of Munich this week however is that of Mario Gotze. The World Cup winner has admitted that his future at Bayern Munich is uncertain, and that he will “see what happens” and he German will “just let things come.” Despite winning consecutive league titles since his move from Borussia Dortmund, Gotze’s career in Bavaria has been far from successful on the pitch.

Joshua Kimmich is likely to miss the game after being withdrawn early in their game against Milan, following a challenge from enforcer, Nigel de Jong. Franck Ribery and Dante will miss the game as they recover from an ankle injury and a muscular problem. 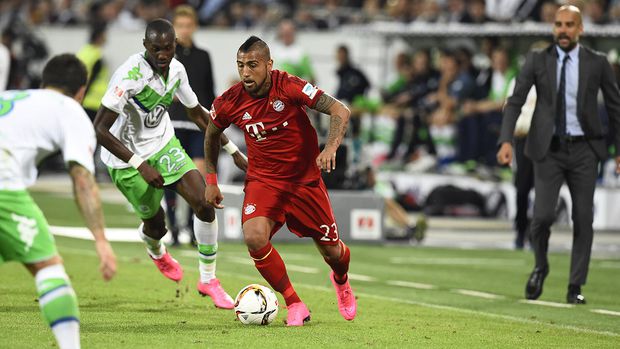 Real Madrid’s opponents, Bayern Munich, made easy work of their game against Serie A side, AC Milan. Juan Bernat opened the scoring before Mario Gotze and Robert Lewandowski heaped more misery on the Italians.

Bayern Munich suffered defeats to both FC Augsburg and Borussia Mönchengladbach in the Telekom Cup before recording wins against both Valencia and Inter Milan. Bayern then went on to lose their friendly against Chinese side, Guangzhou Evergrande before losing the German Supercup to VfL Wolfsburg, 5:4 on penalties.

Rafa Benitez has already stated that he sees Gareth Bale as a future striker, with the Welshman telling Real Madrid’s official club website that he hopes to “repay all the confidence with titles.” The 26-year old stated that at the minute, what matters the most is “getting in shape and making the most of the minutes you’re given to give it your all,” whilst “helping the team out however you can.”

Real Madrid will be without both Cristiano Ronaldo and Karim Benzema for the Audi Cup final against Bayern Munich, as both Madrid and Bayern will be likely to field a full strength side as they make a statement in case they face each other in this year’s Champions League.

Rafa Benitez’ Real Madrid side put in a strong performance against Tottenham, which included the likes off-season signings Toby Alderweireld and Kevin Wimmer, whilst there were also starts for Harry Kane and Dele Alli. 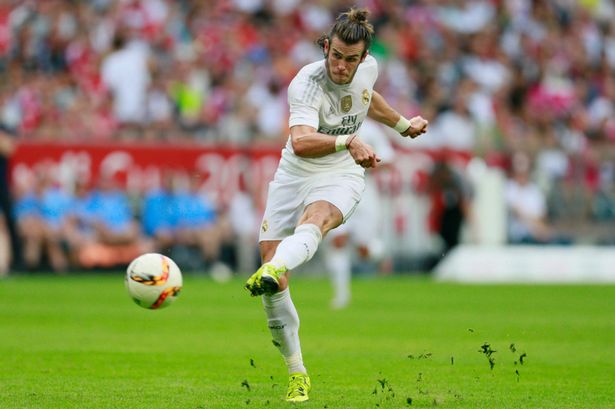 James Rodriguez and Gareth Bale both scored in a 2-0 victory over Tottenham Hotspur as they remain unbeaten in preseason, where they will face Bundesliga champions, Bayern Munich for the Audi Cup trophy.

Hello and welcome to VAVEL UK's live minute-by-minute match coverage and commentary of this evening’s game, Real Madrid - Bayern Munich Live Score. Today's game kicks off at 19:45 BST, but until then - we'll have plenty of pre-match build-up, commentary and analysis. Make sure you stay following.

Leamington vs Coventry City: How to watch, kick-off time, team news, ones to watch and previous meetings in PreSeason Friendly 2022 2 days ago

Mustafa Tasdemir: What the future of the sports agency industry looks like 2 days ago

Alfie Roberts: Importance of family, the poison of social media, and the greatest job in the world 4 days ago

What will Dan Ballard bring to Burnley? 6 days ago