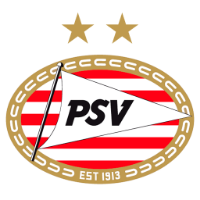 Manchester United began their Champions League campaign with a frustrating 2-1 loss against PSV Eindhoven, a game in which Luke Shaw suffered a suspected broken leg in a night which was very costly indeed.

The game started at a frantic pace with both teams pressing high and the first half chance of the game came when Memphis Depay was played in and he crossed it, with Anthony Martial having a tame shot saved by the PSV keeper.

A truly awful incident happened in the 14th minute when Luke Shaw made a great run into the box and tried to have a shot but it was blocked, and the impact of the challenge caused a serious injury to his leg and looks like it'll be a long time before he makes it back. Marcos Rojo came on after a nine minute delay to replace the injured Shaw, devastating for the young left back.

The game didn't get going for about the next 15 minutes, but that all changed in 41st minute when Depay opened the scoring with great skill and a cool finish against his old club. Taking the ball inside the area, he skipped past two before side footing it in on the left-peg.

PSV then equalised from a corner kick in the second minute of injury time, of which there were eight minutes because of the serious injury to Shaw. They swung in a corner and the the PSV defender Hector Moreno headed towards goal, and it deflected in off Daley Blind, very unfortunate for the centre back.

United conceded just before half time

The half ended with lots of United attack's, but they couldn't get the second goal, which meant at half time score was level at 1-1. However, it was really overshadowed by the awful injury that Shaw got.

The second half began with United on the attack, as they came close to getting a second when Depay and Martial combined well together - leading to a shot from Depay which was saved by the PSV keeper.

PSV took the lead on the 57th minute when Luciano Narsingh got on the end of a cross to score a superb header, after a great passage of play and now United were up against it as they went on search for an equalising goal.

Louis Van Gaal's side piled on the pressure upon going behind, and should have been level when a beautiful ball from Bastian Schweinsteiger found Juan Mata, only for the Spaniard to somehow spurn his shot wide from close range.

United once again stuggled to break down PSV's defence

The Red Devils continued to press and press for the final goal, but found it really difficult to break down PSV who were resolute in their defence.  United became very sloppy in search of the equalising goal and eventually didn't look like scoring the goal at all. They made a change by bringing on Marouane Fellaini in place of Ander Herrera, however this only nulified their threat more.

The game finished with a frustrating defeat away from home for Van Gaal's side, and they will need to bounce back in their next group game against Wolfsburg.

A trip down memory lane: That night at the Parc des Princes 11 hours ago

Opinion: The biggest winners from Manchester United's victory over Newcastle United a day ago