In the last couple of years Manchester City have approached their local rivals Manchester United with an air of confidence. Yet now United have returned as one of the best teams in England and the Manchester derby combined with title race has reignited.

Louis van Gaal's side have not performed the fast-flowing football of old that terrified City of old. Meanwhile, Manuel Pellegrini's side are coming close to repeating the stunning football, full of comebacks, quick attacks and consistency that United used to have.

Still, Van Gaal's reds have taken huge strides since the Dutchman took the reigns at Old Trafford, where the two title challengers meet on Sunday for the 170th time.

Louis van Gaal revealed in his pre-match press conference that only Luke Shaw and Paddy McNair are unavailable for selection, with winger Ashley Young returning to training earlier this week. 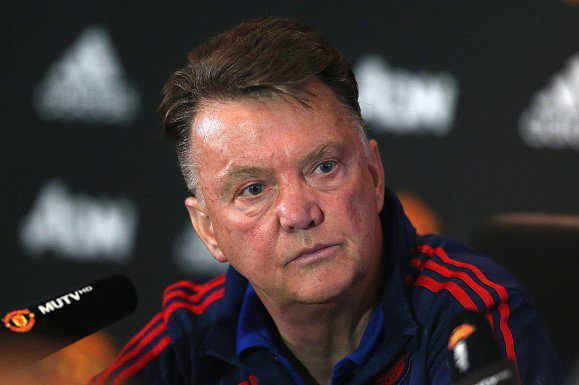 The question of who can replace Shaw at left-back following the double leg break he suffered against PSV Eindhoven in the Champions League has been a high profile one. Daley Blind, Marcos Rojo, Ashley Young and Matteo Darmian have all been tried as replacements, but none have shone out as the obvious choice.

It is unlikely that Rojo will start at left-back, having had a torrid time in United's 1-1 draw against CSKA Moscow on Wednesday night. Blind could be the best choice for Van Gaal, with Darmian looking far better in his usual right-back position than in the less natural choice on the opposite flank.

Meanwhile, Chris Smalling and Phil Jones have been building a good partnership recently. Smalling has been United's best player this season, and should now be regarded as one of the best centre-backs in the Premier League. It was against City last season where his performances changed, sent off in the first half, he has worked hard to become the obvious first choice at United and England.

United have looked pedestrian in recent games and looked one of the worst sides in the league in a disappointing early collapse against Arsenal before the international break. Coming back from that break, Van Gaal was pleased, publicly, to see them respond in the right manner with an impressive 3-0 win against Everton.

Wednesday night's 1-1 draw with CSKA Moscow was full of sideways passes. The tactic of tiring the opposition worked, but it would not have been surprising to see people turning off televisions for lack of excitement.

Manchester City are in excellent form. As United drew on Wednesday, Kevin de Bruyne scored a superb late winner against Sevilla, having thrashed AFC Bournemouth 5-1 and Newcastle United 6-1 in the previous games.

De Bruyne and Raheem Sterling are looking great, having signed this summer. Sergio Aguero, David Silva, and Vincent Kompany are the biggest misses for Pellegrini and their absences will be vital in the outcome of this derby.

The Warmdown: A final at last for Solskjaer 15 hours ago

Ole Gunnar Solskjaer's post-match comments: The final, David De Gea's fantastic performance and both legs of the semi-final 15 hours ago

A.S. Roma vs Manchester United: Team news, ones to watch, predicted line ups, kick-off time and how to watch 2 days ago

Any protests should be civilised but fans must be heard, urges Solskjaer 3 days ago

Manchester United vs Liverpool preview: How to watch, kick-off time, team news, predicted lineups and ones to watch 7 days ago

Man United eye Cristiano Ronaldo return with the Portuguese planning route out of Juventus&nbsp; 7 days ago

Solskjaer ahead of Liverpool clash: 'Whatever the result does to Liverpool cannot be of our concern' 8 days ago

Solskjaer confident of board backing and has received 'great support'&nbsp; 8 days ago

The Warm down: United have one foot in final after second-half masterclass 8 days ago