Idrissa Gueye enjoyed success with Senegal, but Brad Guzan and Carlos Sanchez were left frustrated for they were left out of their respective teams, as Aston Villa players finished their international duties for the year.

Gueye eases into next round

Going into the second leg of his country's World-Cup second round qualification play-off with Madagascar, Gueye knew that he and his teammates had to do the business, having battled back from 2-0 down to draw the first leg 2-2.

They certainly did it, breezing to a 3-0 win with a dominant performance. Gueye started in central midfield, and his midfield partner Cheikhou Kouyate got the first goal of the game. Moussa Konate added the second just after half-time, before Stoke City striker Mame Biram Diouf put the result to bed with a third.

The victory kept Gueye's hopes of qualifying for the 2018 World Cup in Russia alive, as they moved into the third stage of qualifying with their 5-2 aggregate win.

No play for Guzan or Sanchez

Over in the Americas, both Guzan and Sanchez were left out of their nations' games, with each team having mixed results.

Replaced by Everton 'keeper Tim Howard in the line up, Guzan watched on from the sidelines as the USA drew 0-0 away at Trinidad and Tobago, hitting the woodwork twice as they chased a win.

Sanchez was similarly out of the team, having picked up a yellow card against Chile on Saturday, and saw his Colombia team slip to a 1-0 defeat against Argentina in their own World Cup qualifying group.

All three players will now return to B6 and resume training with Remi Garde's Villa, as they prepare for Saturday's away game against Everton, with the Villans targeting their first league victory since the opening day - over three months ago. 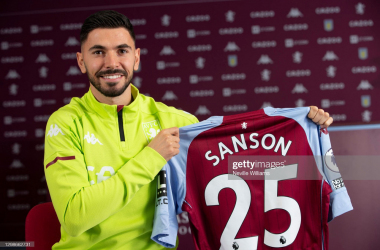 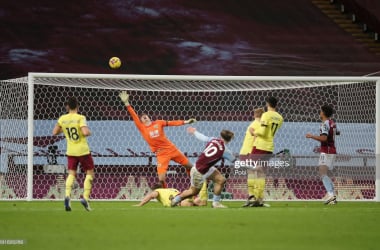