A gifted finisher, Brazilian-born Croatian Eduardo da Silva was on his way to becoming a key match winner for the Gunners before a horror challenge derailed Arsenal’s title challenge and Eduardo’s career in England.

Following his move from Dinamo Zagreb, the Arsenal forward suffered a slow start to his Premier League career in England. An injury to then striker Robin van Persie allowed the Croatian more game time, playing alongside Emmanuel Adebayor. The two forwards soon clicked, and by New Year 2008, Eduardo was an integral part to Arsenal with his goals and assists.

By late February, Arsenal were starting to mount a serious title challenge, their first substantial challenge since leaving Highbury in 2006. The Gunners sat top, only losing one game of that current season, finding themselves five points clear of Manchester United.

Football at the Emirates took a turn for the worst and by the start of March, Arsenal’s lead was cut to one and Eduardo’s career was nearly ended.

That dinnertime at St. Andrews

The 13 time league champions travelled to relegation-threatened Birmingham City for a lunchtime kick-off and in a feisty encounter, a Martin Taylor tackle on Eduardo took the headlines.

A high challenge minutes into the game where the defender appeared to go through the striker’s shin resulted in a broken fibula and open dislocation of the forward’s left leg – one of the worst injuries to happen in the sport.

Broadcasters Sky Sports refused to show any replays and Arsene Wenger initially called for a lifetime ban on Taylor – this statement was later retracted.

The injury clearly rocked the squad; Cesc Fabregas was visibly distressed, immediately crying out for medical attention and then-captain William Gallas’ emotions were clear to see at the end of the game where Arsenal squandered a 2-1 lead.

Following Gael Clichy’s foul which gave Birmingham the equalising penalty, Gallas, close to tears walked away from the action and sat up the other end of the pitch, he then had to be restrained by Arsenal staff post-match as he kicked an advertising hoarding.

It wasn’t just the sight of the sickening injury that affected the team however, with Tomas Rosicky and Dutchman Van Persie suffering with multiple injuries and now Eduardo, the Gunners lacked creativity and goal-scorers.

Despite only losing three games throughout the whole 2007/08 season, their best record since 2003/04, too many draws due to lack of cutting edge cost them the league title.

The draw at Birmingham was the first of a rotten run of five games without a win, which included a 2-1 defeat to title rivals Chelsea.

Despite a comeback victory over Bolton in late March, Arsenal in a month since Eduardo’s leg break had gone from healthy leaders to chasing Manchester United and Chelsea.

They eventually finished just four points off United and there was a mutual feeling around football that had Eduardo’s injury not occurred, the Croatian may have turned a few of the disappointing March draws into wins whilst the morale of the team wouldn’t have drastically suffered.

Eduardo was on his way to becoming a club hero but in the end he became a victim of an accidental yet gruesome tackle.

The return of Eduardo

Despite some fears Eduardo might not make it back after his leg break, he returned to first team action in February 2009, but was clearly not the same player as pre-injury.

Scared to suffer another horror injury, Eduardo was known for ducking out of tough challenges, notably evading a challenge from Celtic goalkeeper Artur Boruc to win a penalty that infuriated the Scottish FA, who called for him to be banned for simulation.

Despite an initial two-match ban from UEFA, Eduardo fortunately had it overturned and scored the winning goals in Arsenal’s comeback victory in Belgium against Standard Liege.

However, he continued to struggle to find his form and also suffered with a few muscle injuries before being sold to Shakhtar Donetsk in 2010.

Eduardo had one more memorable moment at the Emirates however, getting an emotional standing ovation when substituted on for Shakhtar in a Champions League group game against the Gunners, whilst he was cheered by the whole stadium after netting a consolation for the Ukraine side to make it 5-1.

Although his time in North London was short, he became a beloved figure of the team and a player that will always be welcomed back. The sickening injury at St. Andrews definitely had an effect on the Arsenal team and their title bid as it fell apart in March without him. 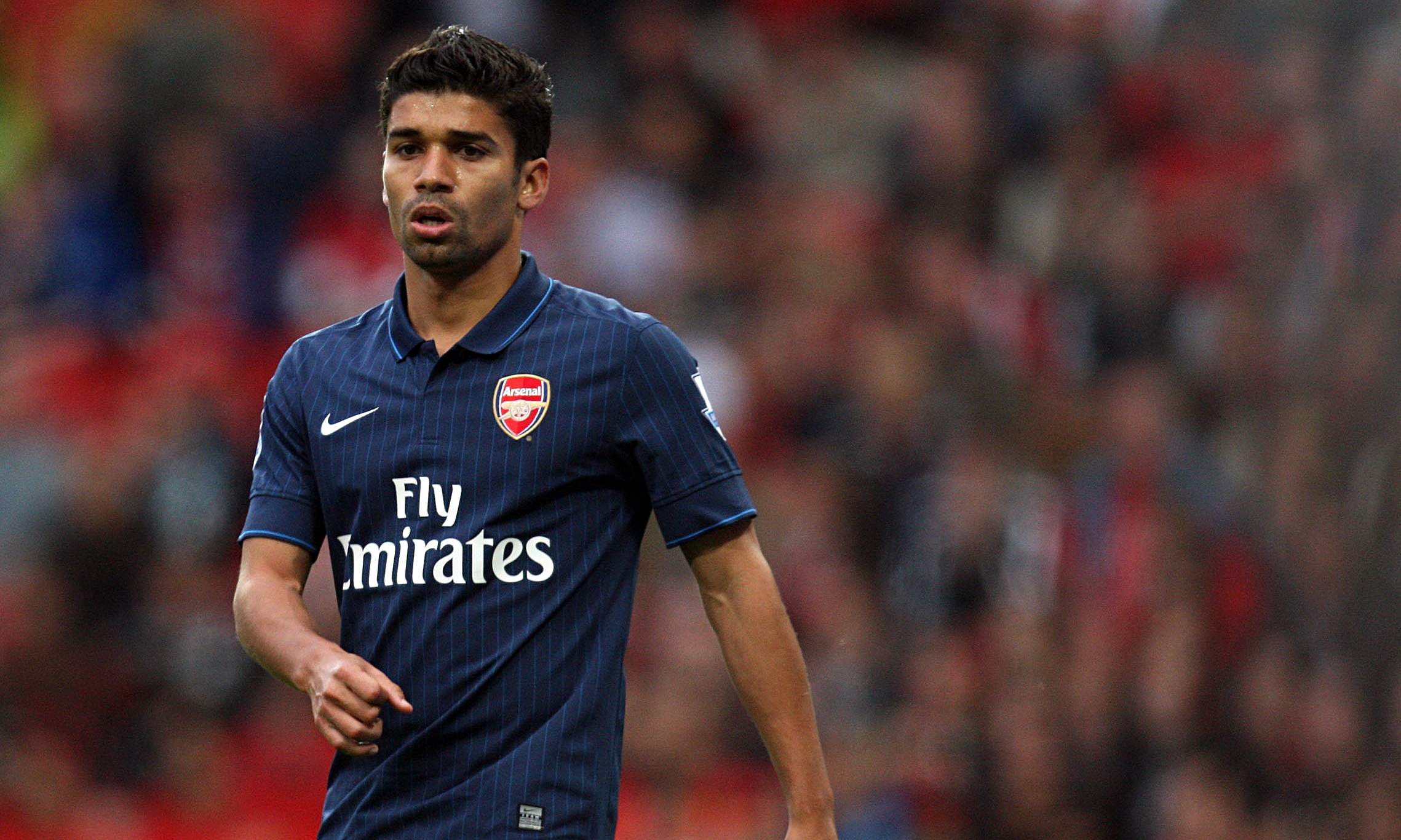 It also hindered Eduardo’s career. He may never have replicated his form at Zagreb where the season before joining Arsenal he scored 47 goals in 47 games, but in January 2008 it looked as though he was going to fire Arsenal towards their first title in four years.

What could have been?

Had the injury not have occured, Arsenal would have had one of most prolific strikers in Europe in a time where the club weren't financially equipped to compete with the other top tier teams in Europe for forwards.

Eduardo joined from Zagreb for around £7.5m, Tottenham in the same summer spent £16.5m on Darren Bent from Charlton Athletic, a player who hadn't shown anywhere close to the goalscoring prowess as the Croatian had at Zagreb.

It wasn't just club football where Eduardo had been phenominal either. He was second only to David Healy in Euro 2008 qualifying and had he been available for the tournament, the forward may have helped Croatia to a better finish than a quarter-final penalty shootout loss to Turkey.

On that fateful day in February, Europe lost one of it's top strikers although Eduardo showcased some of his finishing abilities upon his return. His fear at taking another heavy tackle lost him some edge in his game and the prolific goalscorer in Croatia was long gone.

'Top four should be the minimum': Nigel Winterburn talks about Arsenal's season expectations 5 days ago

What to expect: Arsenal All or Nothing 7 days ago

Arsenal’s decade of lousy transfer outgoings a month ago
//