Chelsea manager Jose Mourinho has dismissed his sides chances of retaining the Premier League saying that would be an "impossible mission."

​The Blues managed to secure their first win in four league matches with a narrow 1-0 victory over newly-promoted Norwich City on Saturday afternoon. ​

​Despite the victory the Blues still trail in 15th position and 12 points behind fourth-placed Arsenal with the final Champions League place been the realistic achievement for the Stamford Bridge outfit this campaign.

​Fourth place is achieveable for Mourinho but they will have a mountain to climb as they will need to achieve at least 19 wins and a draw from their final 25 matches to average around 72 points, the amount the fourth-placed teams have achieved in the past five seasons.

Mourinho remained optimistic in his post-match press conference saying that fourth wasnt an "impossible mission" but wrote the chances of retaining the title off, saying it will be "impossible."

He then made a light hearted comment saying that maybe star of the Mission Impossible films Tom Cruise "can do it" but it is "complicated."

Mourinho added that Chelsea have to "recover points" from "four candidates" and believes the fourth position is a "difficult position" but a "possible target."

Costa back on track

The Spanish international looks a shadow of his former self as he managed 11 goals at this point last season but has only managed four so far and Mourinho has admitted the goal drought has affected his striker. 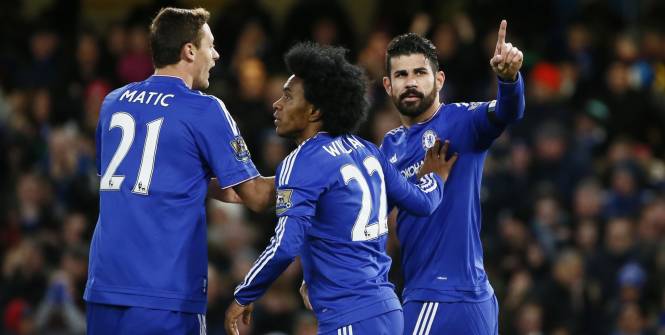 Mourinho said that when you dont score goals "you get heavier" and "the pressure is there." He went on to talks about his particular performance on Saturday saying that he "missed two chances" in the first period and missed a great opportunity in the last minute of the second period so it was "important" for him to get on the score sheet.

Mourinho finally added that Costa is "working well" and is a "happy guy" and if Mourinho could have chosen anybody to score the winning goal he would go "exactly with him."

Tuchel has brought stability to the Bridge, but the real test starts now&nbsp; 19 days ago

Chelsea v Newcastle United Preview: How to watch, kick-off time, team news, predicted lineups and ones to watch 21 days ago

The Warm Down: Unconvincing Chelsea edge past Barnsley to reach the FA Cup quarter-finals 24 days ago

Post Match Analysis : Blues win three on the bounce as Werner shines a month ago