Manchester United moved, temporarily, to the top of the Barclay's Premier League with a late winner over Watford at Vicarage Road.

Memphis Depay opened the scoring before Troy Deeney's equalised with ten minutes to go. Bastian Schweinsteiger grabbed a late winner, with Deeney sliding his shot into his own net. What did we learn as United moved above Manchester City and Arsenal to the champions spot?

United can survive without natural strikers, and Memphis is good enough

Manchester United had a fast-paced start, different to previous games. Memphis Depay's movement, with his speed complementing it, saw him get into the box at every opportunity waiting for the cross. He provides a different way of playing to Wayne Rooney and Anthony Martial, whom he was filling in for as a striker. His strength meant his runs into the box could be effectively used by the wide players, crossing consistently in the opening ten minutes.

Within 11 minutes, Ander Herrera delivered a superb cross to Memphis after straying wide. His run was timed perfectly, staying onside, and he matched the quality of the curling cross with a great volley past Heurelho Gomes. 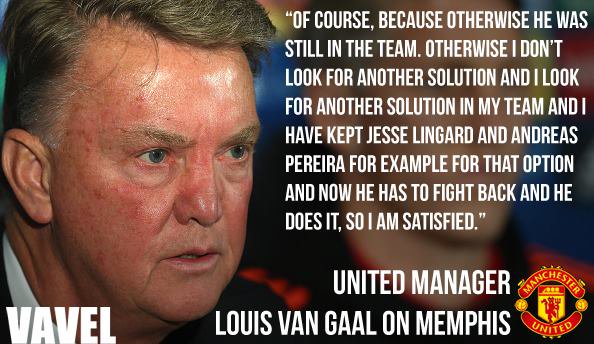 The opening goal proved three things. Firstly, that United can cope without Anthony Martial and Wayne Rooney. Secondly, United can rely on crossing and fast-paced football when a possession-based game isn't working. Thirdly, and most importantly, Memphis Depay has proved his critics wrong. He has the ability to play for Man United and patience has been missing, now it has to be found for a young player in Memphis.

David De Gea might be the best goalkeeper in the world

Of course, it is hard to trump Manuel Neuer but David De Gea may just have proved Quique Sanchez Flores right. The Watford boss labeled him as 'the best goalkeeper in the world' before Saturday's game and without the Spaniard, United could have lost by two or three goals.

As Watford came back into the game in the second half, mounting in a 10-minute spell of good chances, De Gea produced four fine saves. Troy Deeney had two very powerful shots tipped away before a third caught incredibly by De Gea. As the ball was scrambling about in the box, a shot was deflected, seemingly past De Gea, but he furthered his dive and tipped it around the post for a corner.

It is hard to judge who is the best goalkeeper in the world. United having the best defensive record in the league may be due to a better and improved defence, but De Gea remains their most important player, and he is close, at least, to being the best in the world.

Louis van Gaal changed formation to 3-5-2 at 24 minutes due to an injury to Ander Herrera. Yet the focus remained on getting forward quickly. It was good to see in the first half, continuing to look for a bigger advantage. Yet in the second half as Watford looked close to scoring, the Reds had to know to alter from that attacking mindset.

1-0 is always a dangerous scoreline, especially when you're the favourite to win. United were being barraged with attack after attack from Watford and couldn't settle. If they had calmed the game down and focused on possession for the final 20 minutes, they could have closed the game out easily. With Morgan Schneiderlin and Bastian Schweinsteiger, the ability to was there but instead Troy Deeney scored a penalty to almost leave United without the three points.

Jesse Lingard has impressed in recent weeks since breaking into the United first team. He assisted Rooney against CSKA Moscow before scoring against West Bromwich Albion. Yet against Watford he showed that he is not going to turn into Ryan Giggs and will not be a world-class player.

There is nothing to stop him from becoming a United player but frequently the natural ability was missing. He had the chance to secure the win with a second, but his chip was poor against Gomes, barely going above his head.

His shot, reactions in the box, from a late corner saw Schweinsteiger net the rebound. It's that that he is useful for. He has a brilliant determination and work rate and it is that for which he will succeed.

Europa League success: A springboard for Manchester United 2 hours ago

Manchester United vs Real Sociedad: Things to look out for an hour ago

Manchester United vs Real Sociedad preview: How to watch, kick-off time, team news, predicted line-ups and ones to watch 6 hours ago 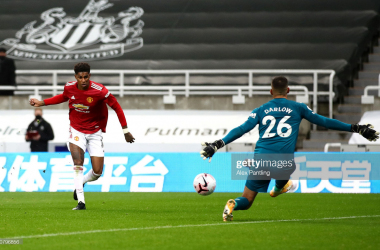