Crystal Palace returned from the international break with a very disappointing loss to Sunderland.

Jermaine Defoe scored in the 80th minute after a Scott Dann mistake. 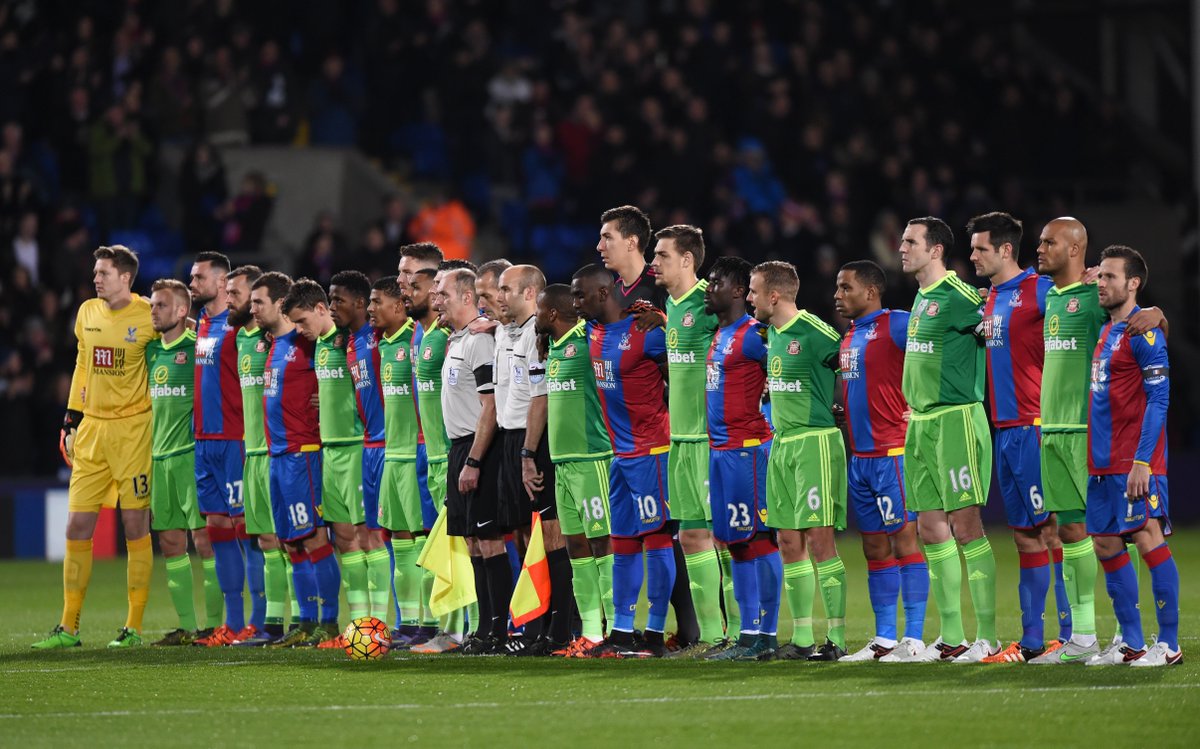 With all the talk of American investors joining the Crystal Palace wagon, which is speeding towards the big boys, the Eagles needed to impress.

A bouncing Selhurst Park was a good beginning to the game and so was the tactics from Sunderland. Sam Allardyce set his side up like he would against a big attacking threat like Manchester City or Tottenham Hotspur or last season's Chelsea.

Counter-attacking and containing the persistent attacks from Palace is what Allardyce set out to do. After poor performances in his opening games, Allardyce changed to a three at the back. It allowed early chances, Jermain Defoe heading down well after slipping behind Joel Ward. Steven Fletcher should have made it an early 1-0 for the Black Cats but stuck Defoe's knockdown over the bar.

Palace got three consecutive corners in as many minutes as Yannick Bolasie and Wilfried Zaha showed their trickery, teaming up against Billy Jones on the left flank.

Jones rose up the pitch as Sunderland looked to counter, and played in Patrick van Aanholt with a good pass through the defence. The Dutchman hit it wide of the left post, though.

Sunderland continued to have more clear-cut chances as they allowed Palace to dominate possession. Lee Cattermole delivered a great reverse pass to Defoe who struck wide. Bolasie nutmegged Jones, but the chance was nothing special, a common theme for Palace; nice, not effective.

Bolasie clashed heads with John O'Shea, who responded to critics with a great performance in a back three. The Palace striker survived easily, but O'Shea remained down for a minute or so.

Defoe spun his markers well, nipping in between two Palace defenders before Papa Souare tugged him back just outside the penalty area for a free-kick.

Zaha crossed well, combining, of course, with Bolasie. O'Shea put in a vital header to stop Connor Wickham, playing against his former club, getting to Zaha's cross. Bolasie attempted an overhead kick to put it back into the area, but the linesman raised his flag to him.

Palace continued to dominate possession, but Sunderland's chances were better. Bakary Sako came on at half-time for a quiet Jason Puncheon at half-time.

Scott Dann headed down to Bolasie after a good free-kick delivery, but the striker's chest control let him down. Joel Ward put in a superb cross just waiting to be struck home past Costel Pantillimon, but no Palace players were in the box.

Yohan Cabaye, who had little positive impact in the first half, cleared off the line at the far post from a corner before going to the other end of the field and having a swerving strike parried away by Pantillimon.

Jones made his second half uncomfortable by picking up a booking as he lunged at Bolasie. Damien Delaney, set to be given a new contract at Palace soon, saved them from going one nil down as the ball came over his head. Defoe was close to being through on goal, but Delaney stretched across him to get the ball away.

Duncan Watmore, who had come on with Jermain Lens minutes earlier for Steven Fletcher and Larsson, turned Joel Ward on the halfway line before bearing down on goal. With 30-yards to the goal line, Scott Dann blocked his path, giving away the free-kick.

Zaha broke from the free-kick, sent Cattermole onto his knees before encouraging Yann M'Vila to bring him down, of which he did. Sako's free-kick was cleared by M'Vila for a corner.

Sako came off after a short cameo and went straight down the tunnel with injury, replaced by on-loan Patrick Bamford.

Looking for some individual magic to spark things up, Bolasie struck one from long range which Pantillimon collected easily. Marouane Chamakh came on for Wickham for his first Palace appearance of the season.

Both teams pushed for the win with Zaha and Watmore pulling their teams back to full energy levels in hope of a late winner.

Chances came for both sides, but it needed either individual magic or individual mistake to turn one way or another. Scott Dann provided that.

A meaningless ball through the middle came to Dann, whose first touch was poor. He looked to play it back to his goalkeeper and played it beyond him, Jermaine Defoe pounced and struck home easily with ten minutes to go.

Palace responded well, Yohan Cabaye striking powerfully to force Costel Pantillimon into the save of the match. Chamakh flicked it onto Wickham, but Pantillimon saved again.

Dann saved his team from a second Sunderland goal with a last-ditch tackle, but his teammates gave away silly free-kicks in stoppage time to make their task even more difficult. Zaha got a chance in the last minute, going down on the edge of the penalty area. Cabaye's delivery was a good one but as with all Palace chances, Sunderland defended well as the full-time whistle went.

The warmdown: The Eagles earn a huge point against Manchester United 9 hours ago

Crystal Palace 0-0 Manchester United: The Eagles hold out to secure a hard-fought point a day ago

Roy Hodgson on whether Mamadou Sakho will return from injury this&nbsp;season 2 days ago

The rise of Tyrick Mitchell 2 days ago

The warmdown: The Eagles were nullified by a wasteful Fulham 4 days ago

What Roy Hodgson believes Christian Benteke must do&nbsp;to&nbsp;keep his place in the&nbsp;team 5 days ago

Crystal Palace vs Fulham preview: How to watch, kick-off time, team news, predicted lineups and ones to watch 6 days ago