Aston Villa will be without influential midfielder Jack Grealish for their home clash against Watford this weekend, after manager Remi Garde opted to drop the winger due to his recent off-field actions.

Grealish was pictured out on the town with friends after Villa lost to Everton last weekend, with photos emerging in tabloids on Monday morning. Considering the Villans had lost by a resounding 4-0 scoreline on the Saturday, it was a night out that didn't seem the smartest of moves, and one that angered Garde.

It angered the Frenchman to the extent that Grealish was banished from senior training, and sent to train with the Under-21 side, where he has remained throughout the week. It's not the first time that this sort of thing has happened either, with Grealish caught up in a similar incident on holiday over the summer.

Terrible timing for both player and manager

Despite confessing that he was happy to be back in management earlier this week, the off-field distraction will come as a disappointment to Garde, who needs unity amongst his players and staff is Villa are avoid relegation - something which is a very real possibility.

They currently sit bottom of the Premier League table, having won just one of their opening 13 games, and will remain there even if they manage to take all three points against the Hornets on Saturday, a task which will be made harder without Grealish. 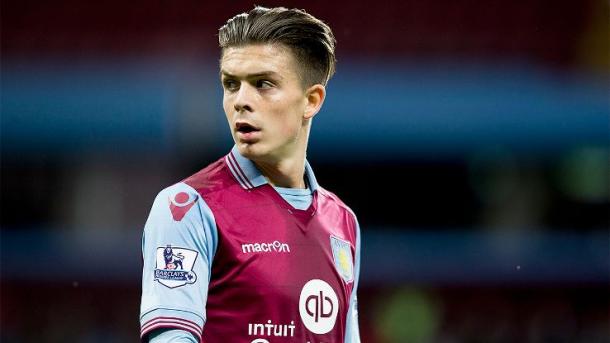 Grealish's actions 'not of professional standard'

Asked about the player during his pre-match press conference ahead of the game, Garde revealed that he though Grealish's actions "are not of the professional standard" he expects, adding that "he will not play for us" against Watford.

Adama Traore and Charles N'Zogbia will both be pushing to replace Grealish in the team, after they got on the scoresheet in a behind-closed-doors win against Fleetwood earlier this week.

Sheffield United vs Aston Villa Preview: How to watch, Kick off time, Team News, Predicted Line-ups and players to watch 7 hours ago