The time had just gone 16:30BST on 21 November when Shinji Okazaki put Leicester City three goals up against Newcastle United at St. James’ Park, soon, a flux of people exited the terraces of this iconic stadium.

Jamie Vardy equalled Ruud van Nistelrooy’s record of scoring in 10 consecutive Premier League games but ultimately, it was again down to the coaching staff at Newcastle for yet another dismal performance.

Sitting one point above local rivals Sunderland in the league table, Newcastle has it all to do if they want to achieve their aim of a mid-table finish.

Is it doom and gloom for Newcastle United?

The Magpies hit the headlines on Thursday morning for all the wrong reasons. It’s been reported in several newspapers that Steve McClaren allegedly clashed with ‘flopping stars’ during training on Monday afternoon, just 48 hours after their abysmal loss to Leicester.

Lee Ryder, a journalist for ChronicleLive wrote that his sources have ‘indicated that players were told by McClaren their performance was well short of the mark’.

Players were seemingly told to express their feelings towards those who they thought were letting the side down, something fans have seen far too often this season, despite an encouraging performance against Chelsea.

Following the training ground affair, observers behind-the-scenes have said that training has somewhat improved ahead of their must win clash against Crystal Palace on Saturday afternoon.

Wijnaldum impressed, what about the rest?

Arguably of the arrivals in the off-season transfer window, only one has impressed. Georginio Wijnaldum arrived from PSV Eindhoven, and has since gone on to score six Premier League goals in 13 appearances.

The 25-year-old Dutch international has been the catalyst of Newcastle’s attacking play this season, who have scored just 13 league goals in 13 games. 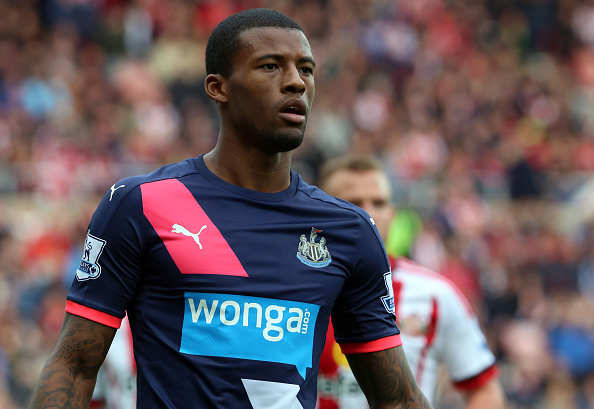 Florian Thauvin arrived from Ligue 1 side Marseille. The young Frenchman has been tipped for a big future, with Arsenal manager Arsene Wenger openly admitting he’s been an admirer of the 22-year-old.

After starting 32 league games in France last season, Thauvin has gone on to play just 375 minutes of Premier League football since his arrival, failing to impress in any of the three starts.

Aleksandar Mitrovic is another player who has failed to live up to the hype surrounding his Champions League performances against Arsenal last season for Anderlecht.

The Serbian made his first appearance for Newcastle on the opening day against Southampton. Within minutes of coming on, the 21-year-old was shown a yellow card, and has since gone on to pick up another five, including a red card against the Gunners.

It doesn't make for pretty reading

Newcastle has seen some poor seasons in the Premier League within the past decade, one which saw them relegated in 2009. None however have come close to the poor performances of this season.

It took Newcastle nine attempts to record their first win of the 2015/16 Premier League season, a game which saw Wijnaldum fire four past Norwich City. Despite a positive result, the Magpies went on to lose the Wear-Tyne derby, picking up just three points in four games since their win against Norwich.

Newcastle’s next home game is against Liverpool. If McClaren is going to come away with anything from that game against Jürgen Klopp’s men - who have recently beaten Manchester City - then Wijnaldum & Co. will have to be on top form.

Siem de Jong played 90 minutes for Newcastle under-21s over the weekend, impressing despite finding the net. The former-Ajax forward is waiting to be called upon by McClaren, having been waiting patiently following a collapsed lung last season.

With fans calling for McClaren’s head, the former-England manager needs a win against Crystal Palace to start with before picking up at least six points from his next three home games which include Liverpool, Aston Villa and Everton.

Newcastle need to comply with FA rules on homegrown talent, and so it’s likely that should McClaren last until January, then he will spend significant sums to improve his struggling squad. 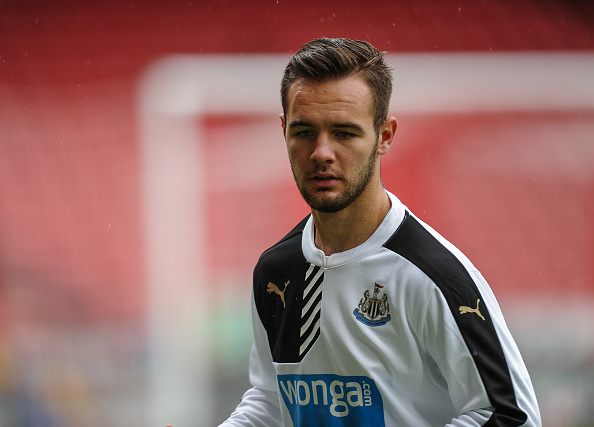 Often linked with QPR striker Charlie Austin, the Premier League club could make another move for the 26-year-old, who scored 18 times in QPR’s relegation season.

Jamaal Lascelles has impressed when called upon, having also featured in the under-21s game with De Jong. Adam Armstrong could have his loan at Coventry City cut short whilst Ivan Toney has impressed whilst being on loan in the lower leagues.

The Warm Down: Newcastle remain locked in relegation battle after draw against Wolves 4 days ago

Who should get the nod to replace Callum Wilson in Newcastle United's relegation run in? 5 days ago

The Warm Down: Magpies suffer defeat at Old Trafford as relegation worries intensify 10 days ago

The Warm Down: Newcastle United slip into relegation battle after defeat at Chelsea 16 days ago
//