With his squad sitting top of the Barclays Premier League, Leicester City manager Claudio Ranieri is remaining realistic ahead of this weekend's game with Manchester United.

Labelling the clash as a "great challenge" in his pre-match press conference, it is clear that the former Chelsea boss is not resting on his laurels despite the Foxes' outstanding league position.

Ever since the Midlanders ascended to the summit of the Premier League table with a 3-0 win over Newcastle United last weekend, the focus in the media has firmly been on this clash at the King Power Stadium on Saturday afternoon. Bringing together the top two teams in the division, this game couldn't be any more mouth-watering. However, Ranieri seems to be taking it as just another game.

Signalling this match as another opportunity "to understand where we can improve", the experienced manager has understandably been attempting to diffuse the hype. Having named the Red Devils as a "great challenge", it is also easy to see that the 64-year-old is aware that his team are in for a tough afternoon at the King Power Stadium.

Furthermore, after talking to various media outlets, the Italian has highlighted the "difficult" defensive qualities of a "fantastic" Manchester United side so it goes without saying that it will not be easy for the Foxes to take a positive result on Saturday evening. 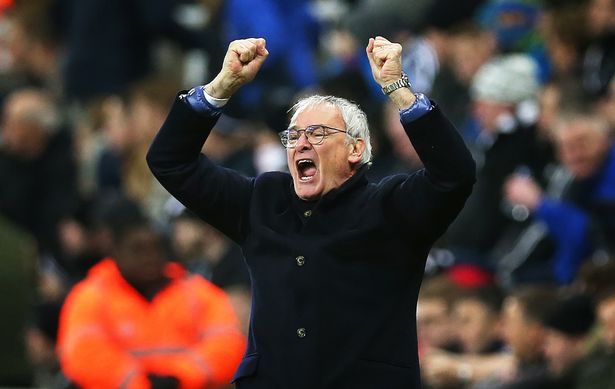 'We are very happy'

Nevertheless, it appears that the ex-Inter Milan man has the upmost confidence in his current team heading into the game with Louis Van Gaal's men. Stating that he believes the Midlanders "deserve" to be at the top of the Premier League, Ranieri is not allowing his squad to kick-off with a losing mentality.

Hailing his squad's "great spirit" and "strong character", he has implied that the Foxes will give the Red Devils a tough game on Saturday afternoon.

Burnley vs Leicester City preview: How to watch, kick-off time, team news, predicted lineups and ones to watch 16 hours ago

The Warmdown: Arsenal brush aside injury-riddled Leicester City 3 days ago

Leicester City vs Arsenal preview:&nbsp;How to watch, kick-off time, team news, predicted lineups and ones to watch&nbsp; 4 days ago