Young Manchester United goalkeeper Vanja Milinkovic-Savic has terminated his contract at the club after issues with his work permit.

The 18-year-old was highly regarded after United bought him from FK Vojvodina last year, even though he was loaned straight back to the Serbian side for the season.

The Serbian goalkeeper was the backup in the under-20 World Cup winning side this summer but confirmed he had left United recently.

After not being granted a work permit in England, United attempted to loan out Milinkovic-Savic but no suitable clubs were found. As such the youngster, for the good of his career, decided to quickly move on.

He has joined Polish side Lechia, and told the club's official website: "I had to go back to Manchester [after loan spell at Vojvodina], but there is a problem with a work permit in England. 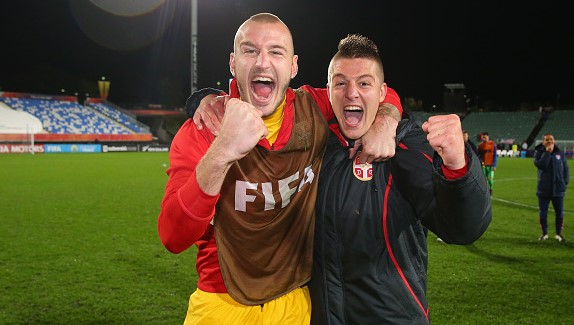 “The case dragged on, unfortunately. I couldn't find a club where I could be loaned, despite a provision in my contract. Because it has been a number of days, I decided to terminate the contract with the English club and look for another employer.

“I am glad that I was able to quickly come to an agreement with Lechia."

Serbia's future 'keeper has been given the number 32 shirt at the Polish, having signed a four-and-a-half year deal. His contract at Lechia will begin on the 1st January 2016.

The Warmdown: Manchester United play out a goalless draw in South London 17 hours ago

Crystal Palace vs Manchester United preview: How to watch, kick-off time, team news, predicted line-ups and ones to watch.&nbsp; 2 days ago

Chelsea 0-0 Manchester United: Another stalemate for United against a 'Big Six' side 4 days ago

Chelsea vs Manchester United Preview: How to watch, kick-off time, team news, predicted lineups, ones to watch 5 days ago