Arsenal look to regain top spot at Carrow Road after letting things slip at West Brom last week. Norwich will be waiting to replicate the performances of West Ham and West Brom, who have both triumphed over Arsenal this season, and will be hungry to play an injury plagued Gunners team.

Arsene Wenger has been very positive in his recent press conference ahead of Sunday's clash. Stating that "our team play was very good" and "we responded as a team and played together". The Frenchman was referring to a convincing win against Dinamo Zagreb midweek. The team played with purpose and creativity. Even without defensive midfield talisman Francis Coquelin,  they never really looked threatened as they cruised to a 3-0 win at the Emirates. 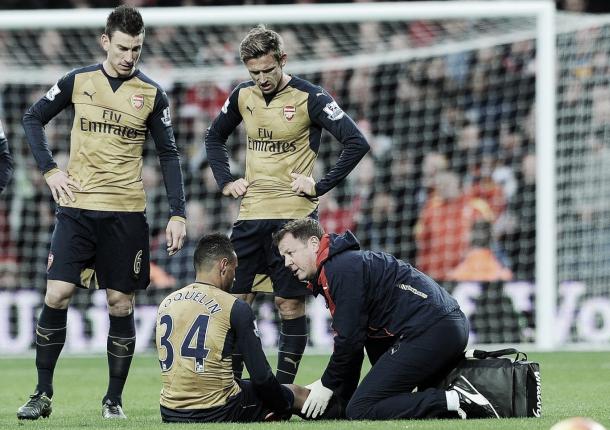 Norwich are in a slightly different predicament. Three points clear of the drop zone, they will be fighting for the polar opposite prize. This is a David and Goliath game where both teams will be just as eager to prove a point. With one win in seven games and a worse start than the Canary team that were relegated two years ago, a win is a must. They will be without Tettey, Jarvis and Lafferty going into this clash, but their injury problems aren't the main focus for either manager going into his game.

Mesut Ozil - The German will look to continue his purple patch. He leads the top five leagues in assists with 11 and has become the first Premier League player to record at least one assist in seven consecutive games. He will need to be at the top of his game to take needed pressure off of the returning Aaron Ramsey and the tireless Alexis.

Nathan Redmond - Alex Neil has sung the praise of the England U21 international recently, praising his ability to "create something special". Redmond will be a danger that Arsenal will need to quell to make up ground on a City team that beat Southampton, and Redmond will need to be kept quiet to do so.

Willian's Revival: is the Brazilian finally getting back to his best? 15 hours ago

The Warmdown : Aubameyang leads comeback as Arsenal progress to the last 16 4 days ago

Nicolas Anelka: 24 years on 7 days ago

Kieran Tierney: The positives of his return 7 days ago

Bellerin or Cédric: Who should Arteta's first choice be? 8 days ago

Should Arsenal Stick or Twist on Dani Ceballos? 11 days ago
//